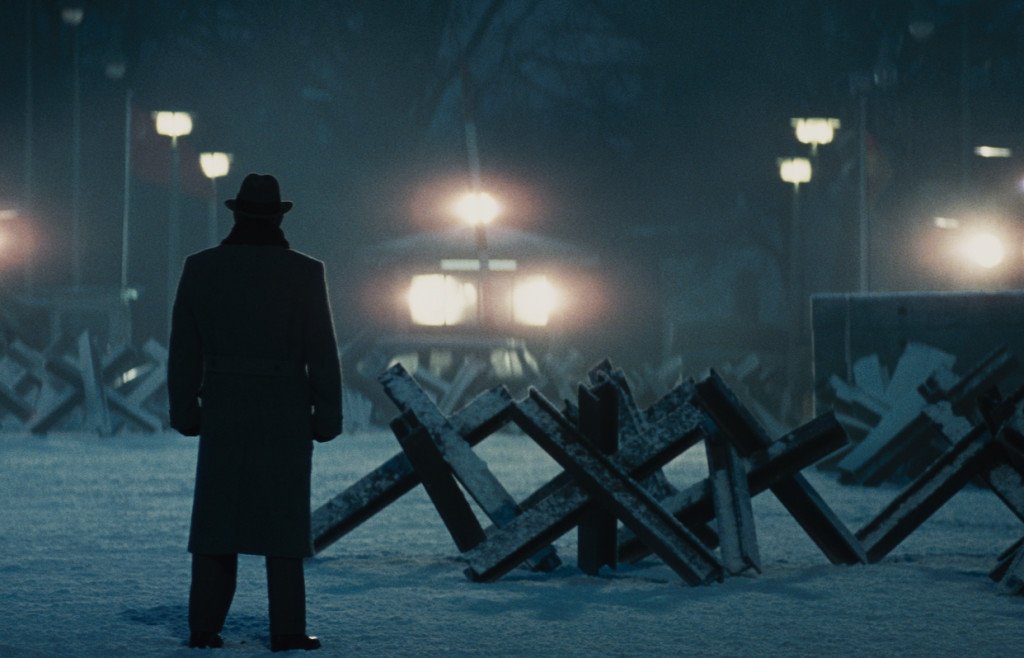 Bridge of Spies (2015), Steven Spielberg’s cold war drama, stars Tom Hanks as insurance attorney James B. Donovan, an American idealist asked to represent Rudolf Abel (Mark Rylance), a Soviet spy captured by the CIA in 1957 and given a public trial.

He’s prize casting in a legal pageant that he’s supposed to lose but Donovan takes his oath—and the American values that the government and the CIA agents are quick to discard in the heat of the Cold War—seriously and defends his client to the best of abilities, ultimately taking the case to the Supreme Court. It makes him suspect in the anti-communist fervor of the late 1950s, but that commitment makes him the perfect emissary for back-channel negotiations for a prisoner swap for Gary Powers, the captured pilot of a U-2 spy plane shot down over Soviet airspace. It also makes him, at least in this take on history, the only hope for Frederic Pryor (Will Rogers), an American student on the wrong side of the border when the East German troops put up the wall.

The film features a period-perfect recreation of late-1950s America and a gloomily oppressive portrait of East Berlin after the construction of the Berlin Wall, a sharp screenplay co-written by Ethan Coen and Joel Coen, and the directorial signatures that remind us again that Spielberg is one of the great directors. But it’s all a little too neat, more nostalgic than thrilling, without a palpable sense of urgency or danger, and lacking the nuance of Lincoln. Thomas Newman’s score hits the uplifting, string-heavy Americana hard and even the brilliant filmmaking of the opening scene, with a camera weaving through the border between East and West Berlin and cutting through the panic and chaos of a political upheaval in action, is so controlled it feels more like a showcase than a dramatic experience.

It’s Hanks who carries the film as a kind of Cold War Atticus Finch, a husband and father and an American idealist who refuses to betray his client simply because he’s a Soviet spy, and he portrays Donovan’s essential integrity and loyalty without sentiment. Hanks makes it look so effortless it’s easy to take that accomplishment for granted and Mark Rylance—one of the great actors of the British stage making a rare big screen appearance—is equally good as Abel, betraying almost no emotion behind his tired, resigned expression yet expressing both trust in and admiration for Donovan, who never abandons him. The most powerful moment of the prisoner swap—on a snowy Berlin checkpoint in the dead of winter—is neither the anxious wait nor the tension of distrust between the sides but the trust and friendship between the two men, enemies by nationality but friends by chance, in their last meeting.

Bridge of Spies is nominated for six Academy Awards, including Best Picture, Best Director, and Mark Rylance won the Oscar and the BAFTA for best supporting actor.

, iTunes, GooglePlay, Vudu and/or other services. Availability may vary by service.
Bridge of Spies [DVD]