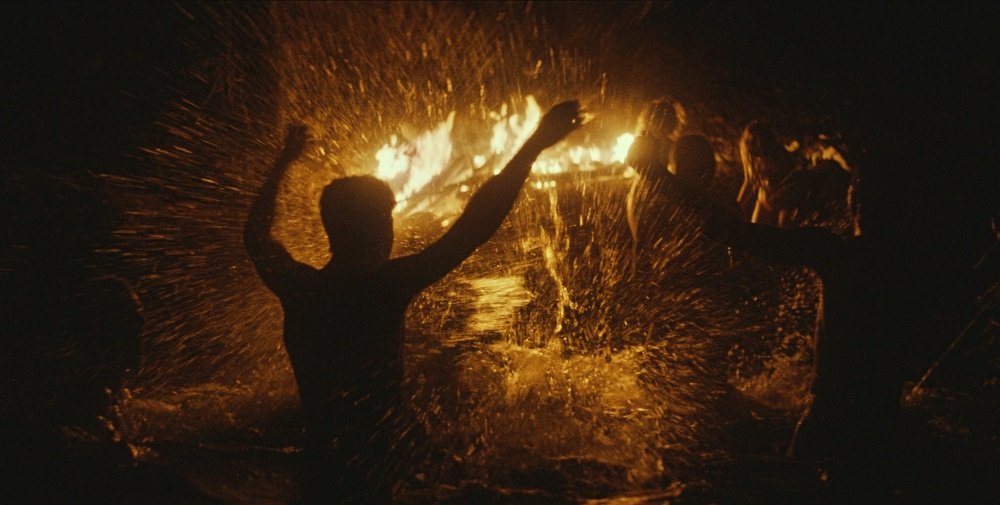 Bridgend (2015) is a horror film, but not in the traditional sense. The horror is that the events of Bridgend, a rural county in South Wales where the mines have closed and unemployment and isolation has cast a pall upon the community, occurred in real life and continue to occur. Between January 2007 and February 2012, at least 79 suicides were reported in this small county, most of them teenagers, most of them by hanging. They left no suicide notes and, though the media have suggested some kind of suicide pact or death cult, to this day there is no explanation. Danish documentary filmmaker Jeppe Rønde spent years getting to know the kids of the area but instead of making a documentary, he crafted a fictional drama, an impressionistic, empathetic response to their lives.

Hannah Murray, known to American viewers as Gilly on Game of Thrones but familiar to British audiences as a vulnerable high school girl in Skins, is the daughter of a cop sent to help investigate the suicide. She’s the new girl in town and soon falls into the pack of kids who gather in the woods and party in the pubs. When they pay tribute to a dead friend, they howl into the night in a manner both mournful and defiant. The sense of community draws her in but it also sinks her into the sense of hopelessness among the teens and the oppressive emotional toll of the suicides on the survivors. Their insularity and anger and suspicion, and their vow of silence to outsiders, tends to romanticize the deaths of friends. They’re angry and destructive and insular, like kids all over, but the suicides seem to make them even more disconnected from everyone not part of their gang.

Rønde shot the film on location “in the Valleys” of rural Wales and the atmosphere takes over. It’s gloomy and isolated and swallowed up in fog, beautiful but lonely and cut off from the rest of the world. When they walk down the railroad tracks it feels like crossing into some kind of underworld. It’s almost haunted but completely real. And Rønde offers no answers or explanations, which is unsettling. You can’t walk away from this with any kind of closure. It’s a powerful film, and a beautifully made one, but one you might not want to watch in isolation. You’ll want the comfort of company afterwards.