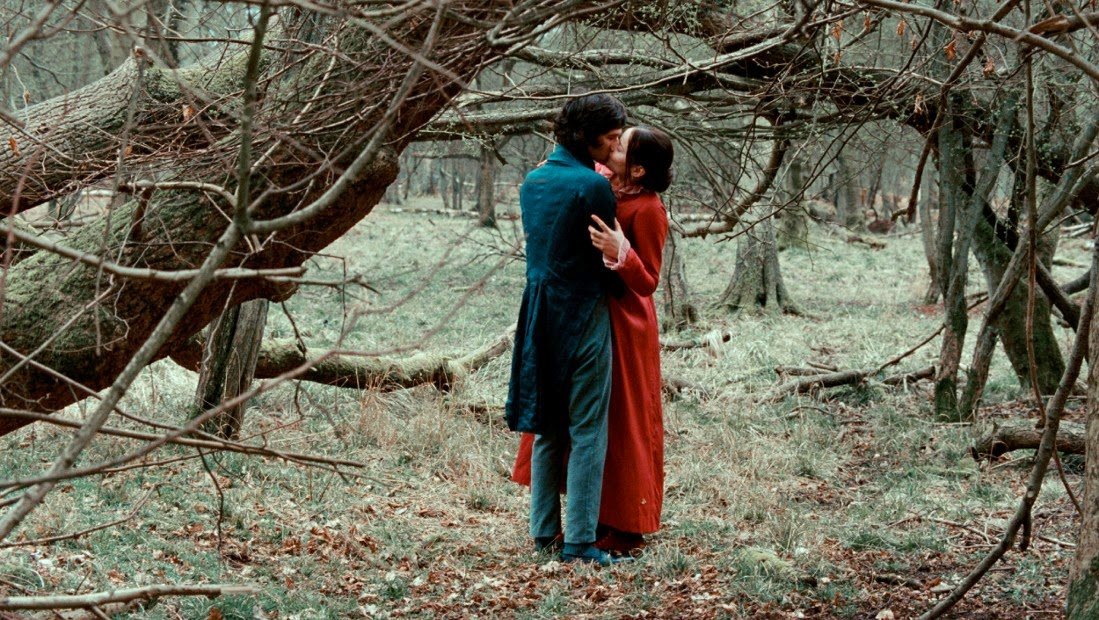 Lose yourself in the romantic passions of Jane Campion’s Bright Star (2009, PG), the love story of impoverished poet John Keats (a frighteningly fragile Ben Whishaw) and the self-assured and fashionable Fanny Brawne (Abbie Cornish), who became his muse and inspired some of the most romantic verses (and lover letters) in the English language. Campion’s presentation of their passion under the restraint of 19th century decorum is both lush and delicate. Queue it up on Netflix.

Susannah York won the Best Actress award at Cannes for her performance as a deeply schizophrenic woman who can’t sort out her hallucinations from real life in Images (1972, R), Robert Altman’s richly textured psychological thriller. Leave it to Altman, however, to forgo the “thrills” and suspense and concentrate on the complex intertwining of realities in an unusually reserved, removed style far different than his usual ensemble energy. Shot in the cool colors of the foggy hills of Ireland by Vilmos Zsigmond and accompanied by a discordant score by John Williams, it’s an often overlooked classic in Altman’s oeuvre. Add to Amazon Prime watchlist.

Scarlett Johansson, Kate McKinnon, Zoë Kravitz, and friends have a Rough Night (R) in the comedy of a bachelorette party god terribly wrong. Available on VOD with a bonus gag reel of outtakes. Also on DVD and Blu-ray and at Redbox.

Kate Mara is Megan Leavey (PG-13), a misfit soldier in the K-9 unit whose bond with her IED-sniffing dog saved lives in Iraq and became national news back home. Also on DVD and Blu-ray and at Redbox.

Available same day as select theaters nationwide is the Belgian social drama The Unknown Girl (not rated, with subtitles), about a young doctor (Adele Haenel) haunted by a dead woman she could have saved, from acclaimed filmmakers the Dardenne Bros.

Also new: historical thriller The Limehouse Golem (not rated) from Britain with Bill Nighy and Olivia Cooke, action comedy Gun Shy (R) with Antonio Banderas and Olga Kurylenko, romantic drama The Good Catholic (PG-13) with Zachary Spicer and Danny Glover, and the documentary Fallen (not rated) about police deaths in the line of duty.

The Netflix Original Film #realityhigh (2017, not rated) is a high school romance in the modern culture of social media celebrity and cyber-bullying.

True stories: Facing Darkness (2017, not rated) takes us to the front lines of the Ebola with a Christian missionary and A Good American (2015, not rated) looks at a code breaking program called ThinThread. Also new: the Netflix Original true crime series The Confession Tapes: Season 1.

Foreign affairs: The drama Graduation (Romania, 2016) won the Best Director prize at Cannes for filmmaker Cristian Mungui. Also new: caper film Bitcoin Heist (Vietnam, 2016, not rated, with subtitled), revenge drama I Am Not Madame Bovary (China, 2016), and road comedy Like Crazy (Italy, 2016). All not rated and with subtitles.

Theater: Newsies: The Broadway Musical (2017, not rated) was filmed live on stage at the Pantages Theatre in Hollywood.

Jennifer Connelly and Anthony Mackie play a homeless couple on the streets of New York City in Shelter (2015, not rated).

Tig Notaro is back for a second of her semi-autobiographical comedy series One Mississippi.

Cult TV: you can stream hundreds of episodes of the 1960s supernatural soap opera Dark Shadows. The collection of episodes now available to Prime subscribers begin with the debut of Barnabas Collins (Jonathan Frid), the show’s iconic vampire anti-hero, in 1967 and span over two and a half years.

True stories: Oscar-winning The Cove (2009, PG-13) exposes the brutal slaughter of dolphins in a hidden cove in Japan. Also new:

Cult movies: Takashi Miike’s deliriously bizarre musical The Happiness of the Katakuris (Japan, 2001, R, with subtitles) is a bright, energetic, gonzo comedy about a dysfunctional family-run inn where guests check in but they don’t check out.

Daughters of Darkness (Belgium, 1971, not rated) is one of the sexiest and sleekest films of the seventies Euro-horror wave and the award-winning Bad Boy Bubby (1993, not rated) from Australia is the surreal odyssey of a man-child misfit in a strange new world.

Jack Huston and Toby Kebbell square off in the chariot race in the remake of Ben-Hur (2016, PG-13). (Amazon Prime and Hulu)

Felicity Jones and Sigourney Weaver star in A Monster Calls (2016, PG-13), a drama of loss and healing featuring the voice of Liam Neeson as a (possible?) imaginary playmate.

Hailee Steinfeld is a teenage mess in The Edge of Seventeen (2016, R), a perceptive and sympathetic coming-of-age comedy co-starring Woody Harrelson. Or watch it via Hulu or Amazon Prime subscription.

Stand-up: Gary Owen: I Got My Associates.

New arrivals to FilmStruck include the debut features of four directors: