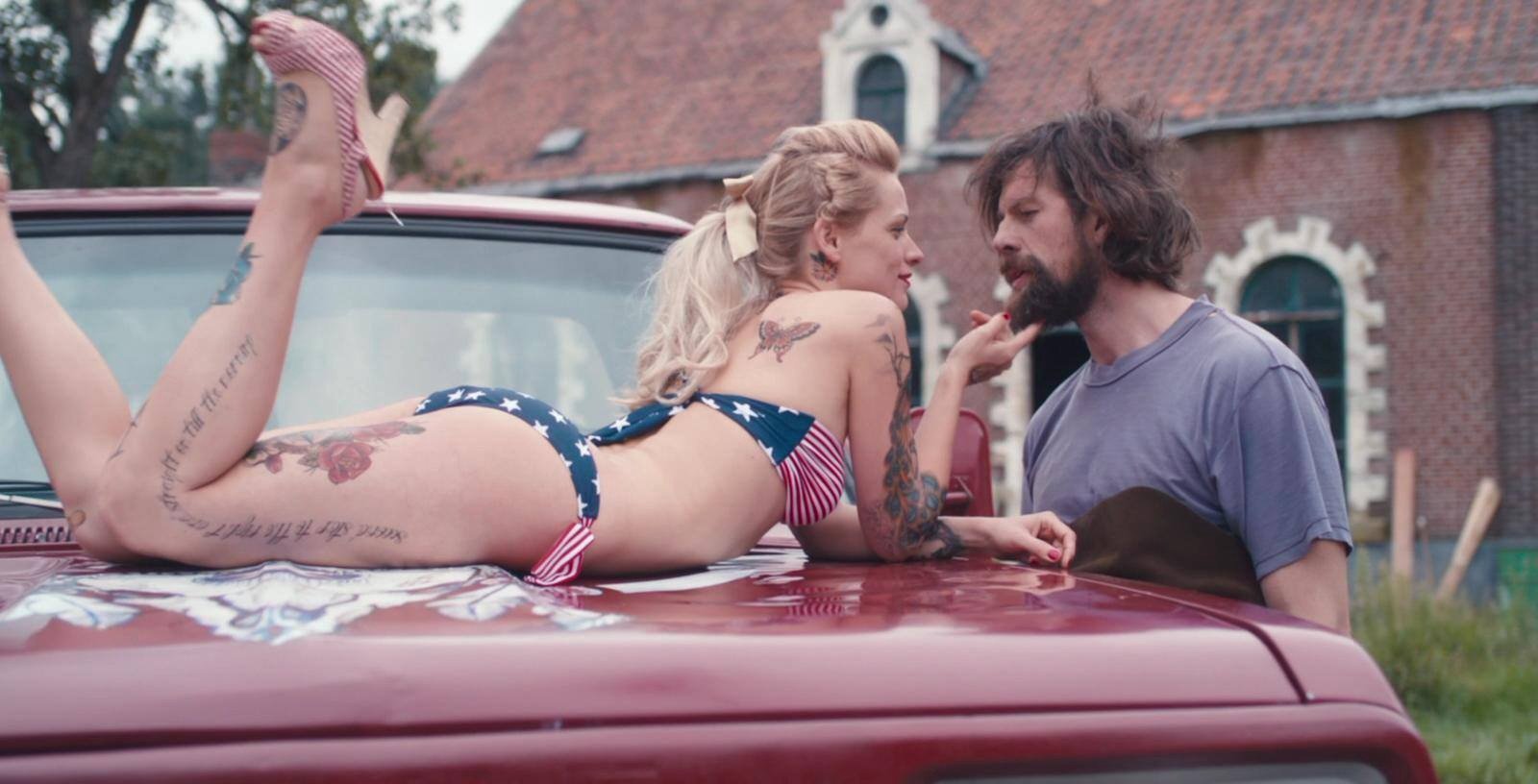 The Broken Circle Breakdown (Belgium, 2012) is devastating. And I mean that in all the best ways. The story of a passionate love rocked by tragedy, it is both joyous and anguished, celebratory and sad.

It’s set in a subculture of bluegrass aficionados in Belgium (who knew?), where it is practically love at first sight for banjo player and singer Didier (Johan Heldenbergh, who also wrote the original play) and tattoo artist Elise (Veerle Baetens), who soon joins the band as the sole female voice in the male harmonies. When their child, a little girl showered with love, is diagnosed with a deadly illness, they face the crisis in very different, unharmonious ways.

Director Felix Van Groeningen breaks up the timeline, introducing the couple as the try to hold it together while their daughter undergoes hospital tests and procedures and then flashing back to their early romance to contrast with the contemporary story. The structure gets more fractured as it continues, amping up the anxiety and the urgency of their ordeal. But while the film doesn’t flinch from the heavy toll it takes on Didier and Elise and their relationship, this isn’t all about ordeal.

Johan Heldenbergh and Veerle Baetens are compelling performers who invite you to invest in their lives and the band provides a community of support and love for them and their daughter. The music they make, all covers of classic bluegrass songs, overflows with joy, just as the romance that plays out in flashback. The triumph of Van Groeningen is wrapping the heartbreak and anger up in the love and the support and leaving us celebrating what was rather than mourning what’s lost.

It was one of the five nominees in the foreign language film category of the 2014 Academy Awards (it lost to The Great Beauty) and won awards around the world, including the European Film Awards and the Cesars in France.

Not rated, in Flemish with English subtitles except for the songs, which are sung in English.

Also on DVD and on SVOD through Amazon Video, iTunes, GooglePlay, Fandango, Vudu and/or other services. Availability may vary by service.
The Broken Circle Breakdown [DVD]