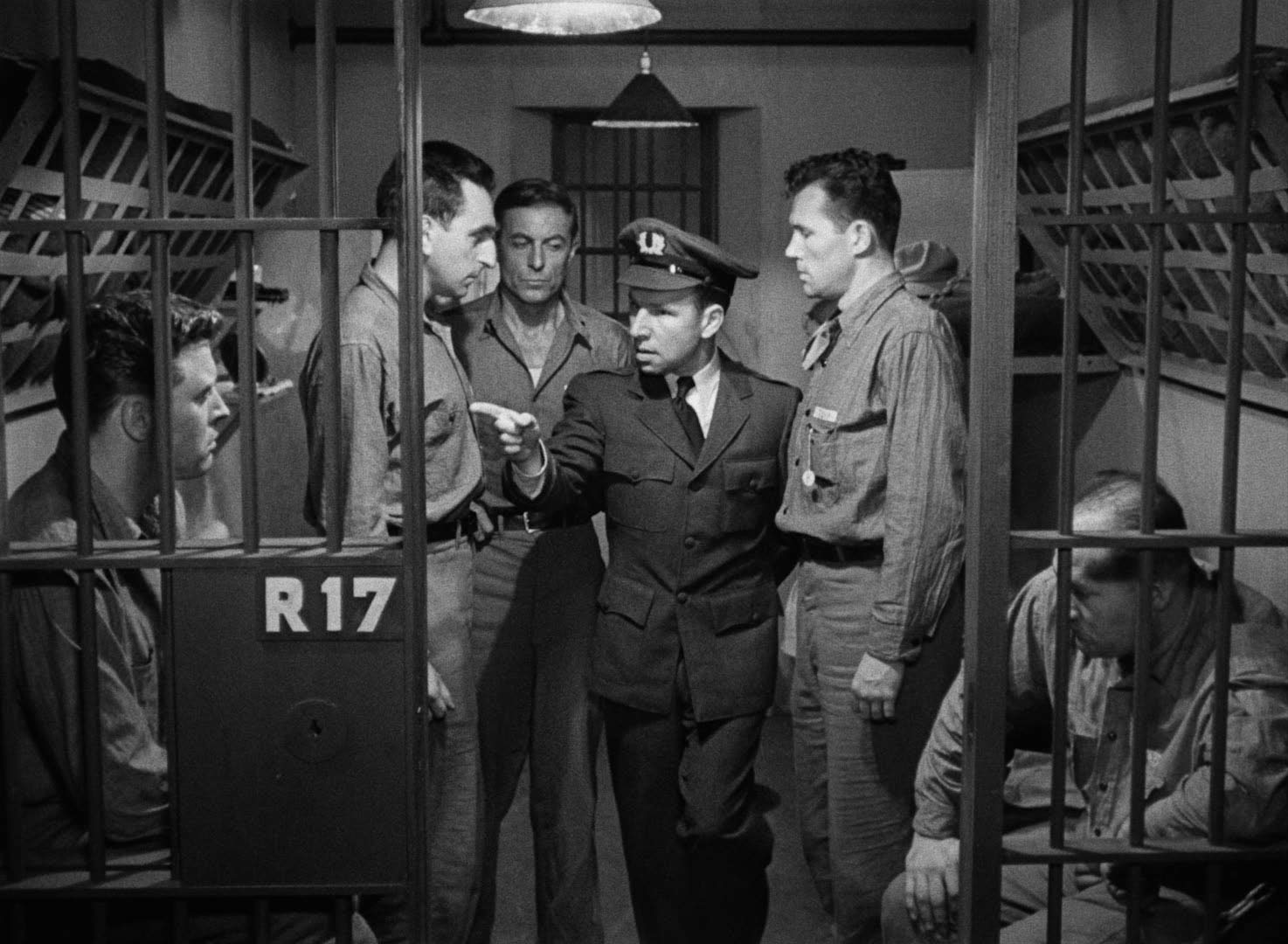 Is there a film noir that lives up to its title as satisfyingly as Brute Force (1947)?

Jules Dassin’s brooding, brutal drama about a prison wound to the breaking point by a sadistic captain of the guards is a classic film noir as well as one of the greatest prison films ever made. Burt Lancaster (in only third film but already commanding the screen like a pro) is the savvy prison veteran Joe Collins whose clashes with captain of the guard Munsey (Hume Cronyn) lands him first in solitary then in the claustrophobic drain pipe, a muddy, airless tunnel to nowhere. With the help of his cellmate buddies and former gangland boss Charles Bickford he hatches a plan to break out but Munsey has his own plans for the unbreakable prisoner.

The scheming Munsey lords his power over the inmates like a demon inflicting punishment in his corner of hell but he can’t break Joe. Cronyn, so often cast in milquetoast roles, plays him as a soft-featured bully with an undercurrent of homoerotic narcissism and a vindictiveness that borders homicidal.

Dassin pulls no punches in his portrait of a prison as a dungeon cut off from the world (both literally and figuratively). His oppressive creation is thick with atmosphere: cavernous buildings and halls that echo with the footsteps of inmates and metal clanking of bars, overcrowded cells that seem to close in on the men, a tiny courtyard overwhelmed by guard towers, and the dank cave of a drainpipe designed to snuff the spirits (and often the bodies) of every man assigned to it. The busy inmate machine shop becomes the scene of the film’s most memorable scene, the ruthless assassination of a stoolie in a pounding metal press. Dassin leans in on the claustrophobic atmosphere and creates a visual style that matches the atmosphere of hopelessness engineered by Muncie.

Cinematographer William Daniels, a master of Hollywood’s soft focus glamour, creates a harsh, hard edged look for the film softened only by looming shadows. A sense of doom hangs over the film that culminates in an explosive finale, but the barbaric, brutish violence reverberates long after the credits end. As the boozy conscience of the facility eulogizes, “Nobody really escapes.”

The film underwent an extensive restoration from the best surviving elements by TLEFilms Film Restoration & Preservation Services in 2016. Criterion presents their beautiful new 4K restoration, which offers a strong, deep, stable image with greater clarity and deeper contrasts than the original 2007 Criterion release. Along with the supplements of the earlier disc, Criterion adds a video essay on the acting styles by David Bordwell (on Blu-ray only).’