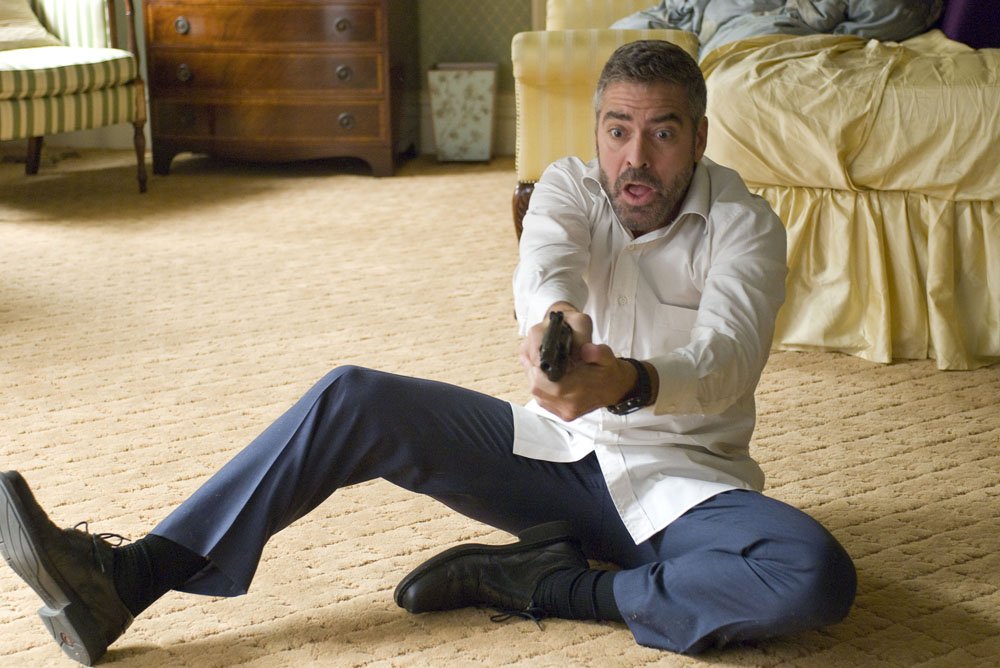 Burn After Reading (2008) – After the darkness of No Country for Old Men, the Coen Bros. eased up with a deadpan espionage farce played out by small fish convinced that they are in deep waters, a film much lighter and significantly slighter but put together with such perfection that you can’t help but be won over.

George Clooney is the ostensible lead as a charmingly glib and very married Federal Marshal whose job never seems to interfere with his numerous affairs, but France McDormand drives the ensemble comedy as a desperately single health club employee determined to get a plastic surgery makeover (which, for reasons she can’t understand, her HMO won’t cover) at any cost. Hell hath no fury.

John Malkovich is Osborne Cox, a company man with a much higher opinion of himself than any of his superiors, who have seen fit to demote him even farther down the classified access list. His revenge is a self-serving memoir that ends up in the hands of Linda Litzke (McDormand) and her cluelessly enthusiastic colleague (Brad Pitt), a pair of amiable knuckleheads who think they’ve stumbled onto state secrets and play out fantasies of spy-movie shenanigans when they blackmail Cox. Clooney meanwhile is carrying on affairs with Cox’s chilly wife (Tilda Swinton), a pediatrician without a compassionate bone in her body, and (you guessed it) Linda, who thinks she’s hit the jackpot in her dating service.

All the characters caught up in the tangle are convinced that they are involved in an espionage caper and the Coens direct it with the straight-faced attitude and the sober crispness of a genuine spy thriller, never telegraphing their punchlines. Instead, they let allow disconnect between the sober stylistics and the utterly ridiculousness of their shenanigans rise through the chaos and let the cast loose with enthusiastic performances. Clooney perhaps has too much fun: he plays big, bugs his eyes and goes all screwball in scenes of comic mayhem.

It may be a lark but it is pitch perfect and the performances are priceless, from Malkovich as the deluded CIA vet with delusions of adequacy to Pitt as a cheerfully idiotic personal trainer. And the Coens’s sense of poetic justice is as dark as ever: it’s not the innocents who escape the merciless hammer of fate, merely the most tenacious.

Also on Blu-ray and DVD and on SVOD through Amazon Video, iTunes, GooglePlay, Vudu and/or other services. Availability may vary by service.
Burn After Reading [DVD]