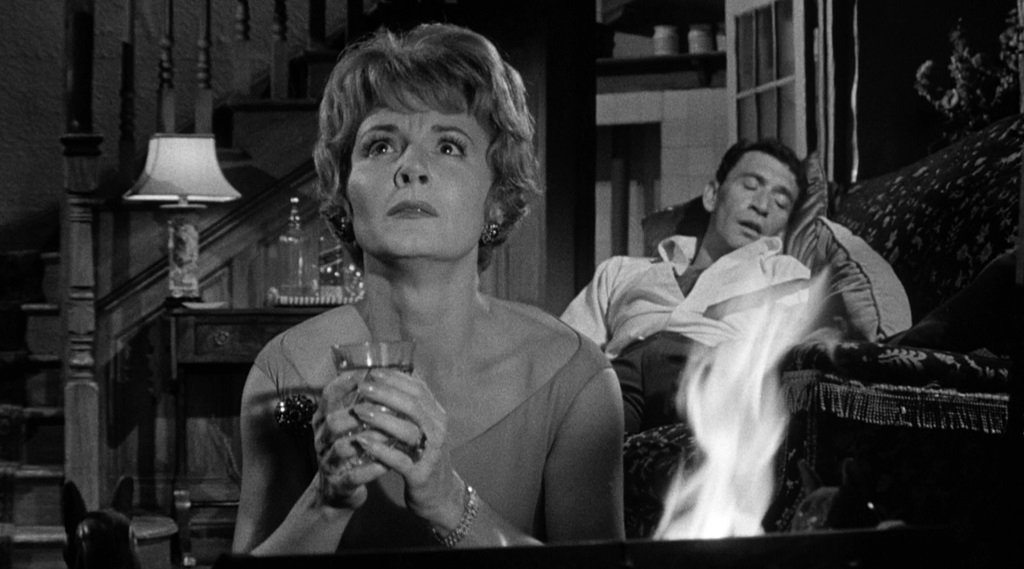 Burn, Witch, Burn! (1962), also called Night of the Eagle, is a smartly-turned thriller about witchcraft, skepticism and dark magic adapted from the Fritz Leiber novel “Conjure Wife” by two of the masters of fantasy, horror and suspense: Richard Matheson and Charles Beaumont (both veteran Twilight Zone scriptwriters).

Peter Wyngarde stars as the college psychology professor who discovers that his wife (Janet Blair) is part of a coven and using witchcraft to further his career and protect him from “evil forces” around them. A man of science and logic, he dismisses it as “superstitious” stuff and destroys all of her charms and protective spells, at which point his good luck turns catastrophically bad and she prepares to sacrifice herself to save him.

The fiercely competitive academic setting makes for a terrifically cutthroat environment and director Sidney Hayers, who never before or since made a film this gripping or controlled, gives it all a Gothic darkness, turning the campus statues and architectural flourishes into ominous symbols of demonic forces. He delivers a thriller right out of the Val Lewton/Jacques Tourneur school of suggestion and psychology and eerie atmospheres of supernatural suggestion, reminiscent of Curse of the Demon in its intelligent approach and spooky incarnation of inexplicable events befalling our tormented hero. But behind the supernatural story is the powerful human drama. Yes, the skeptic is driven to believe, but in this case it’s not just a matter of self-survival, but of protecting the wife who once protected him, and that gives his fight an added urgency and the potential of sacrifice.

On DVD from MGM Limited Edition Collection and Blu-ray from Kino Lorber with commentary by screenwriter Richard Matheson. The Blu-ray also features an interview with actor Peter Wyngarde.