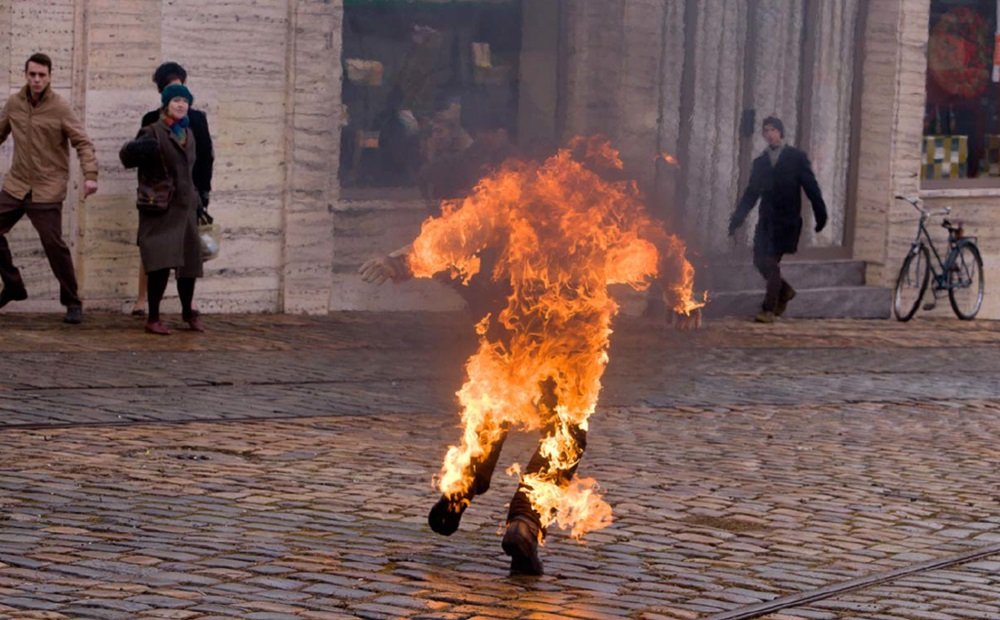 Burning Bush (2013), Agnieszka Holland’s almost four-hour political thriller, tackles one of the most harrowing events of Czech social history: On January 6, 1969, college student Jan Palach doused himself in gasoline and lit himself afire in downtown Prague to protest the Soviet invasion of Czechoslovakia.

Originally created as a three-part cable film for HBO Europe, it played festivals and some theaters in the U.S. but never made it to stateside HBO. It did, however make it to disc and streaming, which is the way most Americans will have a chance to see it. And it is well worth seeing, a return to form for Holland, whose great films of the eighties and nineties (Angry Harvest, 1985, Europa Europa, 1990) combined the political, social and personal with a fiery volatility. Holland directed episodes of American cable dramas The Wire, The Killing, and Treme, and the expansive, multi-character storytelling seems to have inspired this approach to her political work. She uses the experiences of numerous characters in the orbit of Jan in the aftermath of his fatal act of protest to give us a portrait of life in the political / social atmosphere of Prague in the year after the Soviet Invasion.

Holland’s film begins with Palach’s immolation and follows the long court case of libel against a Soviet-collaborator politician who told an audience that he had evidence that proved Jan was tricked into the action by a right-wing conspiracy. Why libel? Because that’s pretty much the sole legal action the family of the boy can take in Soviet-occupied Prague. The emotional, social, and political fallout of the ordeal—it all takes place in the space of nine months and every chapter (it was originally presented in three parts) opens with the date and the time elapsed since the death of Jan Palach—is woven into a rich (and at times tragic) portrait of resistance and complicity and the high cost of one family’s fight for the truth in the face of Soviet oppression.

The four-hour drama is in Czech with English subtitles.