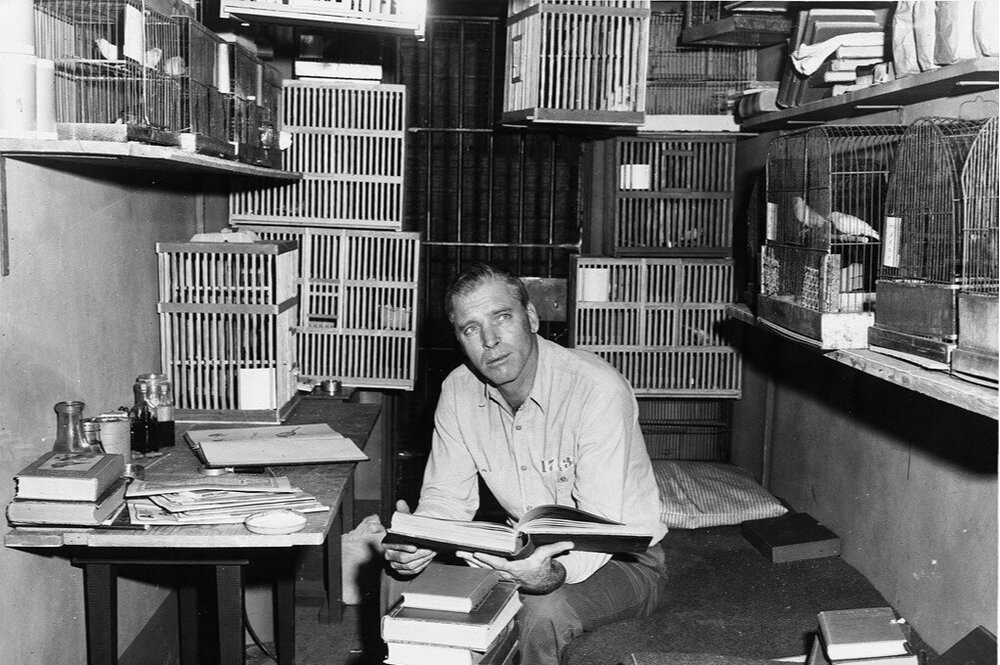 Filmmaker John Frankenheimer earned his first major big screen success with Birdman of Alcatraz (1962), his third theatrical feature and his second collaboration with producer/star Burt Lancaster (they would make five films together all told). Lancaster delivers an angry, brooding performance as real life criminal Robert Stroud, a violent killer who developed into an internationally recognized authority on birds and their diseases while in solitary confinement.

It’s all based on a true story, adapted from the book by Thomas E. Gaddis. Frankenheimer, who took over the project at the request of Lancaster, creates a portrait of a withdrawn, anti-social prisoner who discovers his own potential after reluctantly rescuing a wounded sparrow from a storm and nursing it back to health. Lancaster’s quiet portrayal comes from his eyes and restrained body language and it earned him his second Oscar nomination. Co-stars Telly Savalas (as the talkative “neighbor” from the cell next door) and Thelma Ritter (as his controlling mother) were also nominated, but Frankenheimer’s sensitive direction draws equally fine performances from Neville Brand, playing against type as the prison guard who slowly befriends Stroud, and Karl Malden as the tough warden whose ideas of confinement and punishment prompted Stroud to follow-up his studies of birds with a treatise on prison reform.

This somber, subdued tale offers no real happy ending, but presents a powerful portrait of one man’s efforts to earn back his dignity and respect in the worst of conditions.

The limited edition Twilight Time Blu-ray release commentary by film historians Julie Kirgo, Paul Seydor, and Nick Redman, and it makes a great companion piece to The Train, another Frankenheimer / Lancaster collaboration released by Twilight Time. There are no supplements on the Olive Blu-ray release.