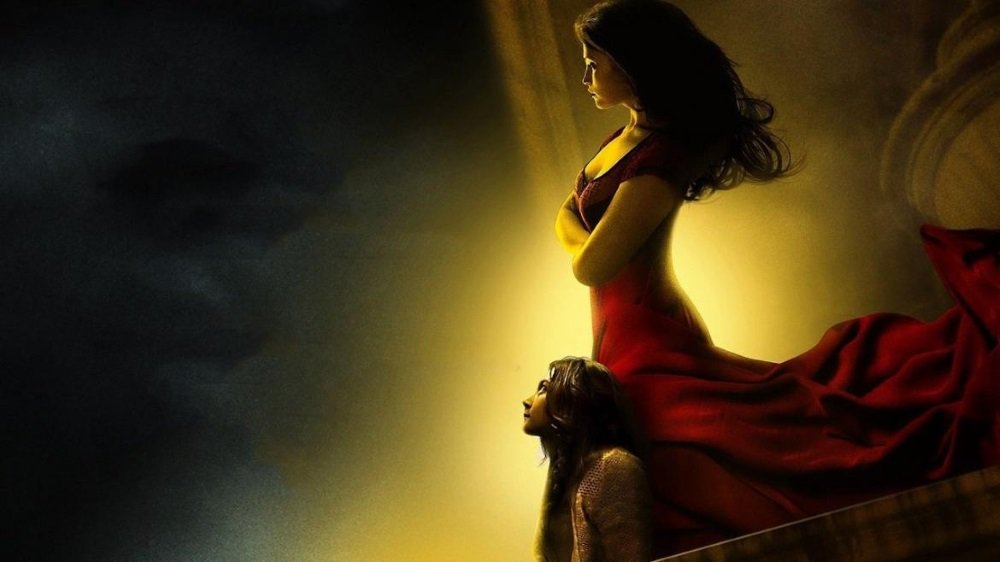 Byzantium (2012), Neil Jordan’s take on the vampire genre (from a play by Moira Buffin), is not a traditional horror film.

There is blood, of course, and there is sex, but it’s less eros and more survival. Clara (Gemma Arterton) walks the streets (or in this case, the boardwalk of a British coastal town in the off-season) to pay the bills for herself and her daughter Eleanor (Saoirse Ronan), an eternal sensitive teen pouring out her soul in unread letters cast to the wind. It’s a Gothic tale with a twist of conspiracy and a radically different take on vampirism as ancient earth force tightly controlled by a male cabal who treat the transformation like a patriarchal right. Only men can birth eternals and Clara has broken the covenant by giving immortality to her dying daughter. Which makes her a target.

Jordan keeps returning to themes of fairy tale and myth—his first visit, The Company of Wolves, was back in 1984—and Byzantium is rich with metaphor and sexual politics, almost overwhelmingly so. Set in a seedy coastal town, where Clara has dragged Eleanor after escaping an assassin, and peppered with flashbacks to a life of degradation at the hands of a British officer (a proudly debauched Jonny Lee Miller), it plays with tropes of the female vampire as icy seductress. Clara is more of a tigress protecting her cub from a hunting party of male predators and her victims are, for the most part, predators in their own right. Eleanor, locked in transition from girl to woman for a couple of centuries, is the eternal innocent who only feeds on the willing like a melancholy angel of death.

You won’t find fangs or wooden stakes here (they draw blood with knife-like fingernails) and sunlight doesn’t sear the flesh. Jordan creates his own rituals, notably the transformation as sacrificial offering to the Earth itself that is sealed in blood running over the black rocks of a forsaken island off Britain. That’s a primordial image as resonant as any classic vampire movie and it gives the film a foundation stronger than the script’s Masonic conspiracy of loyal eternals hunting down our heroines. (If souls are the cost of eternity, then men give them up willingly to the cabal in this version.) For all its darkness (literally as well as figuratively) and blood, it’s quite lyrical and evocative and elemental.

Vampirism is both a gift and a curse, a kind of priesthood bestowed by the Earth and corrupted by the men who would try to control it. These women offer an alternative moral approach.

Stream free on Kanopy, with is available through most public and college library systems.

, iTunes, GooglePlay and/or other services. Availability may vary by service.
Byzantium [Blu-ray]

On DVD and Blu-ray from MPI with bonus interviews.