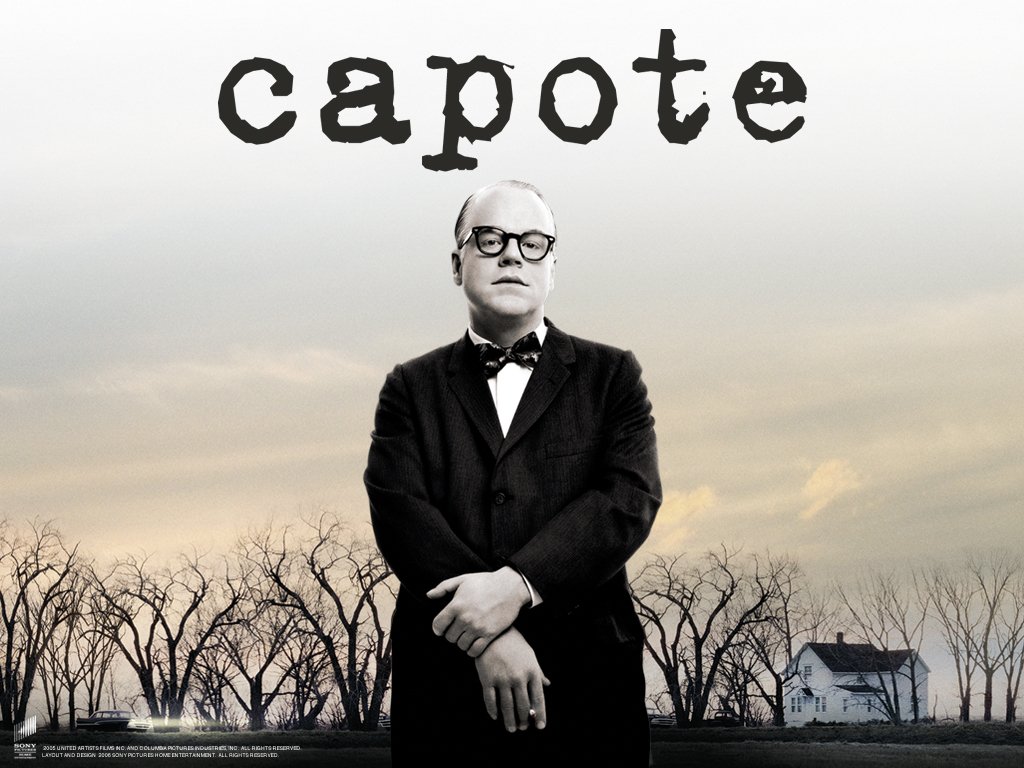 Capote (2005) – Philip Seymour Hoffman won the Academy Award for Best Actor for his astounding screen incarnation of real life author and New York intelligentsia celebrity Truman Capote as he researched and wrote his masterpiece “In Cold Blood,” his poetic reportage on the shocking murder of a smalltown Kansas family and the killers he befriends as they await execution.

Hoffman goes beyond mimic to inhabit the contradictory soul under the fey, mannered skin of the social creature who is most at home holding court in New York cocktail parties. He has a gift for charming the small-town folk because, as he says, “I know what it’s like to be misunderstood.” That unexpected empathy leads to a profound connection with killer Perry Smith (Clifton Collins Jr.), a relationship that tears Capote apart when it conflicts with his almost mercenary instincts in stage-managing their demise to give his book a tragic end.

Catherine Keener is his childhood friend and research assistant Nelle Harper Lee (who is soon to publish her own masterpiece “To Kill A Mockingbird”) and Chris Cooper, Bruce Greenwood, Bob Balaban, Amy Ryan and Mark Pellegrino co-star.

The film was nominated for five Oscars in all, including Best Director for Bennett Miller, Best Adapted Screenplay for Dan Futterman, and Best Picture.

Also on Blu-ray and DVD and on SVOD through Amazon Video, iTunes, GooglePlay, Vudu and/or other services. Availability may vary by service.
Capote [Blu-ray]
Capote [DVD]