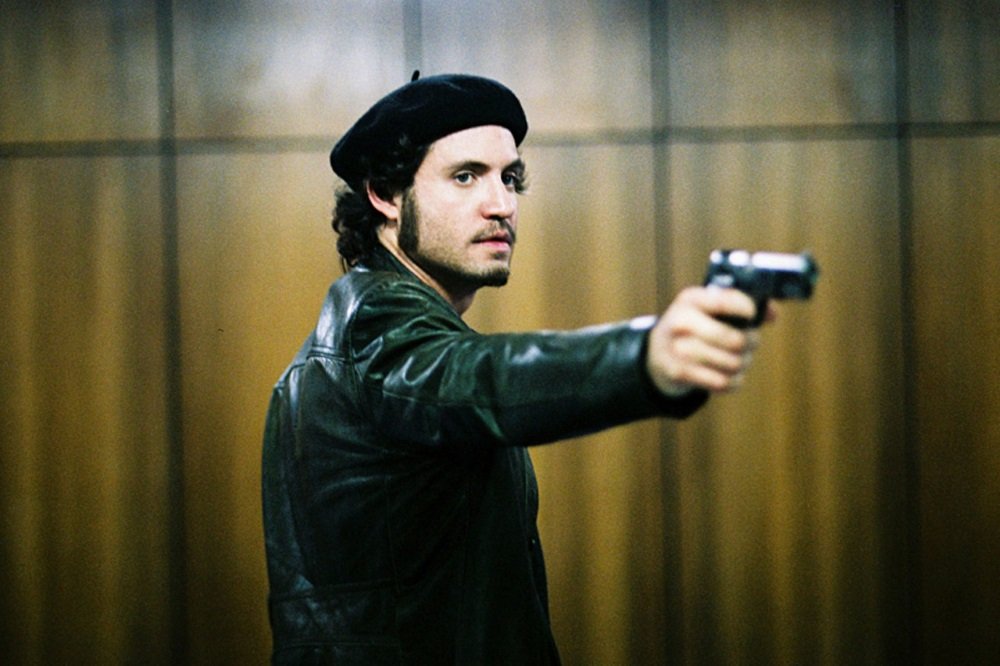 Carlos (2010), Olivier Assayas’ epic account of the life and myth of real-life terrorist Carlos the Jackal, is a mesmerizing portrait of a committed activist who transforms himself into a media-hungry rock star of an international terrorist.

Édgar Ramírez plays Ilich Ramírez Sánchez, aka Carlos the Jackal (a name he appropriates from a Fredrick Forsythe novel), as a bundle of contradictions. The self-professed revolutionary out to destroy the capitalist system and champion the oppressed is also a man whose love of luxury grows in direct relation to his notoriety, from fine clothes and liquor to gifting himself with a Mercedes for his 30th birthday. He imagines himself Che Guevara, a charismatic and revered leader spouting off revolutionary philosophy and giving orders that are obeyed without question by his own followers, but to him it’s all about the cult of personality and feeding his ego. By the end, it’s hard to tell if he’s at all committed to his cause or merely to himself, the outlaw superstar.

Olivier Assayas packs the film with incident and energy, trailing after his globe-hopping journey all over Europe, Northern Africa and the Middle East and watching the characters to blow through his story, and directs with a pace that suggests the runaway drive of the numerous missions yet pauses for us to get to know, if only briefly, all these characters and places. He takes the camera to the streets with handheld flexibility reined in by stylistic discipline. It’s not about mock-documentary realism and exaggerated wobble but getting in, getting out, getting the shot with an immediacy that his jumped-up editing drives to a run. And yet it never feels rushed, even when missions seems to spiral out of control. Even at almost six hours over three parts I was ready for more, even as the once-sleek figure of outlaw style succumbs to gluttony and self-indulgence, physically and emotionally.

Carlos chronicles the contradictions of the self-made poster boy of terrorism, his ingenuity, his appetites, his arrogance and vanity, and along the way it dissects the motivations of terrorism and political action in ways that say more about the people involved than the politics behind them.

It earned awards from film critics and film festivals around the world and won Golden Globe in the miniseries and made-for-TV movie category.

The film played in the U.S. in both the original three-part, five-and-a-half-hour cut (presented in Europe as a TV miniseries) and a 165-minute feature length version. The Criterion Channel presents the complete three-part version.

Criterion present the full-length director’s cut on both DVD and Blu-ray. Both editions features new interviews with director Olivier Assayas, directors of photography Denis Lenoir and Yorick Le Saux, and actor Édgar Ramírez, all conducted for the disc and all quite interesting. There’s also the hour-long documentary “Carlos: Terrorist Without Borders,” the feature-length documentary “Maison de France” (on a bombing that is not covered in the film), a featurette on the shooting of the OPEC raid scene and an interview with Carlos associate Hans-Joachim Klein, plus a booklet with essays by critics Colin MacCabe and Greil Marcus and biographies of selected historical figures portrayed in the film.