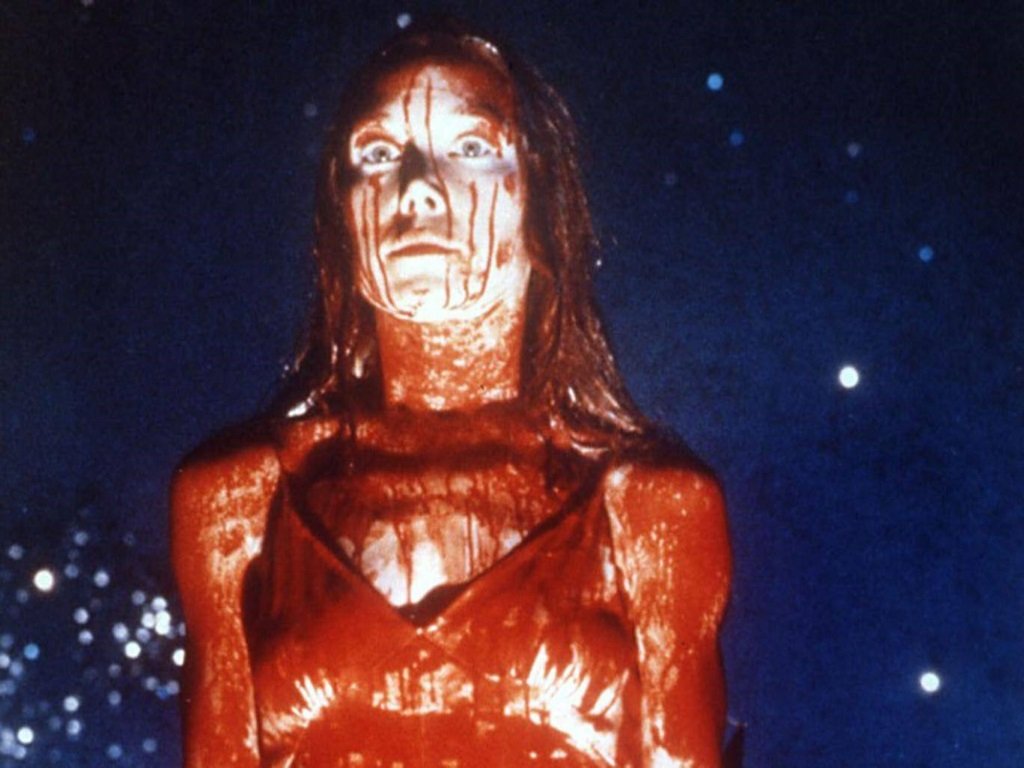 It was the first screen adaptation of Stephen King’s work and the first hit movie from director Brian De Palma. It featured young actors John Travolta, Amy Irving, Nancy Allen, and P.J. Soles their first substantial roles. Sissy Spacek made a powerful impression as Carrie, bringing a sensitivity to the role of a shy, tortured high school misfit who discovers inexplicable powers when she hits puberty. Piper Laurie (in her first screen role in over a decade) plays Carrie’s religious zealot of a mother who views her telekinetic powers as the work of the devil and her repressive hysteria bottles up tormented, isolated teenager until she just needs a little push to combust.

De Palma’s dreamy grace creates a lush cinematic beauty and Pino Donaggio’s romantic score (punctuated with violin screams out of Psycho) suggests an adolescent paradise about to be totally, terribly lost in nightmare. The pyrotechnic finale is literally a hell on earth unleashed by the emotionally scarred and scared little girl turned unrestrained vengeance-seeking powerhouse. Blood has never been more evocative.

Nancy Allen is the vicious bully who provides that push (she practically orgasms while dumping blood over the virginal innocent), with the help of co-conspirators Travolta and Soles. Both Spacek and Laurie earned Academy Award nominations for their performances, making Carrie a rare horror film to get Oscar attention. And De Palma went on to direct Dressed to Kill, Scarface, The Untouchables, and much more.

It is still one of the great horror films of its era.

It’s been on DVD and Blu-ray in numerous editions but Shout! Factory’s new two-disc Collector’s Edition Blu-ray is the most impressive, mastered from a new 4K scan of the original negative and features new and archival supplements. New to disc are two hours of interviews with actors William Katt, Nancy Allen, Betty Buckley, Piper Laurie, Edie McClurg and P.J. Soles, screenwriter Lawrence Cohen, director of photography Mario Tosi, editor Paul Hirsch, casting director Harriet B. Helberg, and composer Pino Donaggio, and the featurette “Horror’s Hallowed Grounds,” which revisits film locations, plus galleries of stills and production art and a collection of trailers.