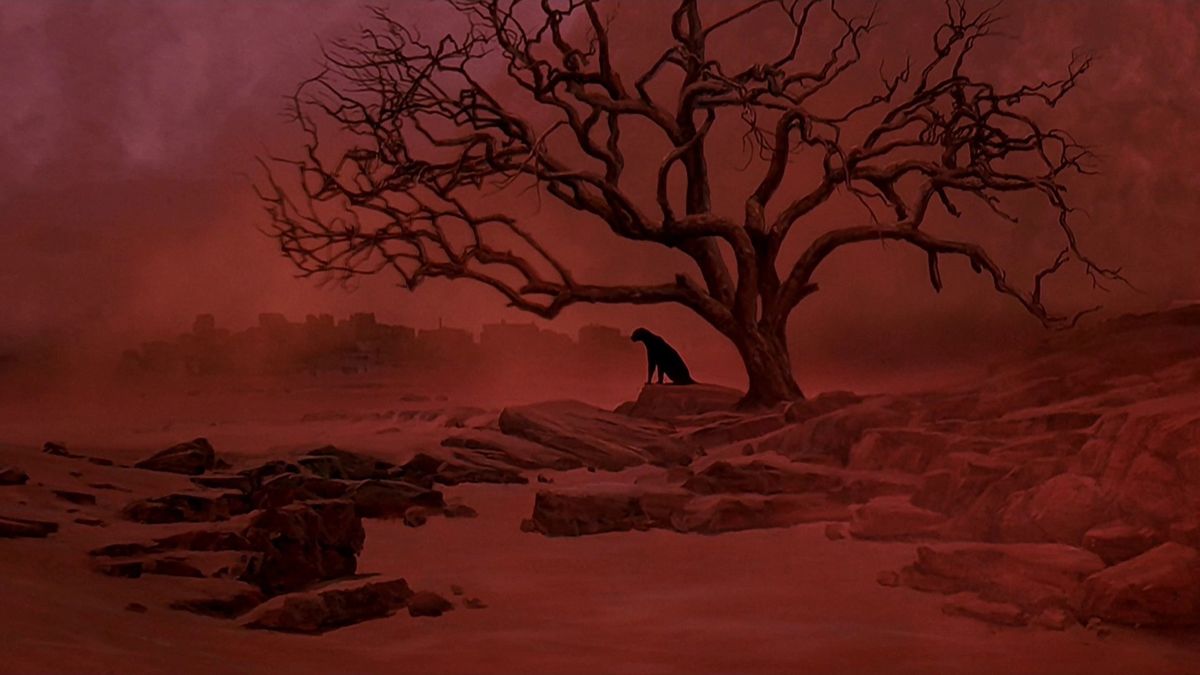 Paul Schrader’s Cat People (1982) is not the 1942 classic of the same name. The original is a low-budget masterpiece of shadow and suggestion and Freudian sexuality clawing its way out of a virginal young woman. Schrader’s is a wildly colorful, sexy, and very modern mix of human desire and animal passions.

Nastassja Kinski (in her second American film) is entrancing as Irena, who arrives in New Orleans to be reunited with her brother Paul (Malcolm McDowell). While awaiting his return, she visits the big cats at the zoo and is drawn to both a recently-captured panther and to its keeper, Paul (John Heard). A romance purrs to life as animal escapes and Paul finally returns to tell her the family secret: they belong to a race of shapeshifters who turn into leopards when they have sex. Unless, of course, they keep it in the family.

Calling this a remake isn’t really accurate, I confess, even with the homages to the original film. Alan Ormsby’s screenplay doesn’t just update the story, it reimagines it with a backstory mythology that is both more literal and more dreamlike than the original and Schrader paints it with a palette of old world atmosphere and modern, unreal colors.

Kinski and McDowell both, in their own ways, evoke a feline quality in their performances, McDowell in his rolling, swaggering walk and Kinski in her eyes and sleek Siamese presence. Tom Burman’s transformation effects are sometimes garish and often beautiful but the live cats (actually cougars dyed black) bring a primal charge to the film.

It’s gorgeous and kinky and very Schrader, even though he didn’t write it (though he did contribute the film’s ending), slipping back and forth between Schrader’s visual elegance and the slashes of sex and violence of its Jungian themes turned into horror movie spectacle. And electronic drum beat aside, Giorgio Moroder’s electronic score is moody and lovely.

The disc is well mastered—the color seeps into every image and becomes more saturated as the film goes on—and features seven new interviews with the cast (a fidgety Nastassja Kinski, Malcolm McDowell, John Heard, Annette O’Toole, Lynn Lowry), composer Moroder, and director Schrader. He gives the most articulate and interesting interview in his nine minutes, discussing the origins of the project, the style, and the themes that attracted him: “What I though was cool about the film, the admixture of sex and fear, was not something that seemed to excite the American audiences in the way that it excited me.”