The women in prison genre has never been so much fun as the Female Prisoner Scorpion series from Japan. Gonzo doesn’t begin to describe this mad mix of outrageous exploitation, flamboyant art movie, and energetic comic-book craziness. Meiko Kaji gives a near silent performance as Nami Matsushima, aka Scorpion, a woman framed for a crime […]

Kim Ki-young’s The Housemaid (South Korea, 1960) is a classic of South Korean cinema but until Criterion released the film on disc in 2013 it was largely unknown (or at least unseen) to even the most dedicated cinephile apart from its inspiration for Im Sang-soo’s 2010 remake. As I discovered, the two films couldn’t be […] 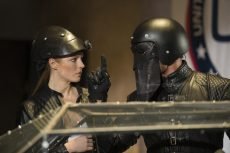 Death Race 2050 (2016) – After Paul W.S. Anderson’s humorless Death Race, his 2008 remake/reworking of the Roger Corman-produced cult movie Death Race 2000 (1975), there’s something oddly satisfying in getting a genuine remake produced by Corman himself in the impudent spirit of the original. Death Race 2050 is a modern B movie, produced directly […] 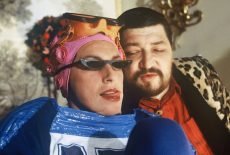 Kamikaze ’89 (Germany, 1982) – Rainer Werner Fassbinder takes a rare onscreen lead in what would be his last screen appearance in Wolfgang Kremm’s 1982 new wave science fiction cop drama. Based on a satirical science fiction novel by Swedish crime writer Per Wahlöö, it’s a cyberpunk murder mystery in a totalitarian near future, where […] 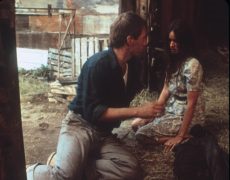 Boxcar Bertha (1972) – Martin Scorsese was just another college film school grad with a student feature under his belt (Who’s That Knocking at My Door) when producer Roger Corman tapped him to direct AIP’s entry in the Bonnie and Clyde craze of depression era gangster films. It was a straight work-for-hire job and it will […] 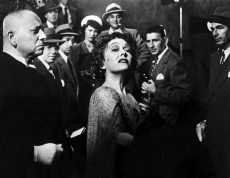 “I am big! It’s the pictures that got small!” Sunset Boulevard (1950), the blackest of Hollywood’s self-portraits, is an old dark house of a ghost story inhabited by the living shadows of its discarded stars. Gloria Swanson is magnificent as Norma Desmond, the former silent movie queen living in her memories while plotting a fantasy […]

If Grosse Pointe Blank (1997) was just another comedy in the wave of 80s nostalgia, then John Cusack is the kid who grew up to be Oliver North… which should tell you that this film has a dark streak to it. Cusack is a former military assassin gone independent who is now experiencing an early […]

Gone in 60 Seconds (1974) – H.B. Halicki’s classic 1970s car crunch chase film, about a car thief who must steal 48 cars in a week, is perhaps the ultimate drive-in car chase movie. If that sounds like a backhanded compliment, then you don’t know the sheer visceral thrill of a great tire squealing, chassis-slamming, […] 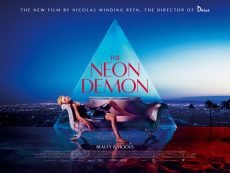 The Neon Demon (2016) – “I can’t sing, I can’t dance, I can’t write… no real talent. But I’m pretty, and I can make money off pretty.” We first meet Jesse (Elle Fanning), a 16-year-old girl from Middle America looking to leverage her youth and innocent beauty into a modeling career in Los Angeles, made […]