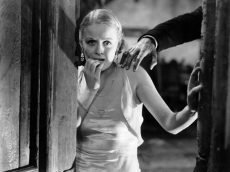 James Whale followed up his iconic horror classic Frankenstein (1931) with the strange, sly, and sardonic The Old Dark House (1932), part haunted house terror and part spoof executed with baroque style. Boris Karloff (fresh from his star-making turn in Frankenstein) takes top billing in the supporting role of Morgan, the scarred, mute butler with […]

What Price Hollywood? (1932) is one of the wittiest and most interesting Hollywood movies about Hollywood culture ever made. It’s a shame it’s not better known. This pre-code comedy stars Constance Bennett as an aspiring actress waiting tables at The Brown Derby who gets her big break when a drunken film director (Lowell Sherman) invites […] 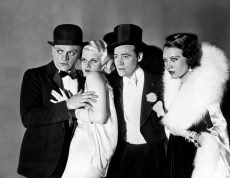 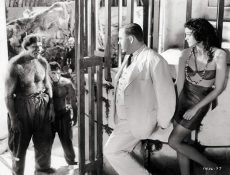 Dr. Moreau: What is the law? Sayer of the Law: Not to spill blood, that is the law. Are we not men? “Are we not men?” That question is at the heart of Island of Lost Souls (1932), the first adaptation of the H.G. Wells novel and (for all the changes from the novel) still […] 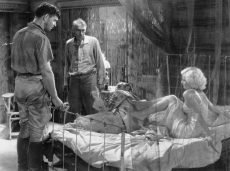 Red Dust (1932), the jungle melodrama starring Clark Gable as a rubber plantation foreman in East Asia and Jean Harlow as the street smart showgirl who takes a powder from “Say-gone” (as they call the future Vietnamese city of Saigon) and lands upriver in his primitive plantation manor, is as sexy, frank, and grown-up as […] 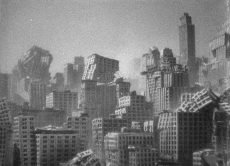 Deluge (1933) (Kino Lorber Studio Classics, Blu-ray, DVD), the original end-of-the-world thriller, is a curious and often fascinating artifact. Produced in 1933, before the production code came down on Hollywood, on a relatively modest budget, it imagines not just the destruction of civilization in (unexplained) earthquakes and cataclysmic storms but life after the flood, so […]