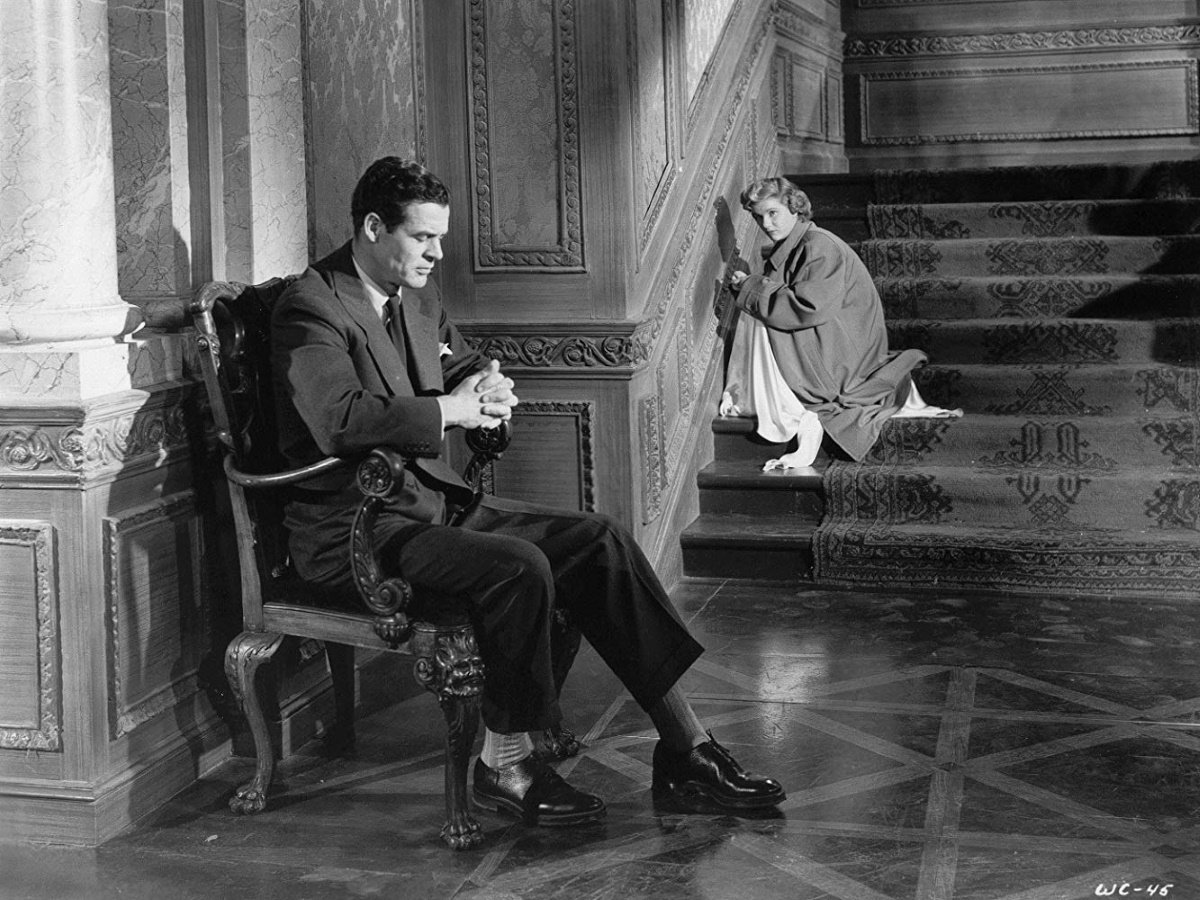 Caught (1949), Max Ophuls’ dark Cinderella melodrama, belongs as much to the murky world of American film noir as to the polished European dramas of high society social appearances and power games.

Barbara Bel Geddes is Leonora, the dreamy car hop who puts her hopes in a charm school education and a modeling gig. Robert Ryan is millionaire Smith Ohlrig, her dream come true, or so she thinks when the cold, demanding industrialist suddenly proposes. Ophuls perfectly captures her uneasiness in society when she first meets him: she’s a naïve working class girl trying to look sophisticated so she can land a rich husband, he’s a millionaire industrialist born to wealth and power who proposes on a whim to prove a point to his psychiatrist.

James Mason is her jolt of reality, idealistic Doctor Larry Quinado in New York’s East Side who hires her despite her qualifications (diction and posture have little value in a working office) when she flees Smith’s control. While Larry slowly wins her heart, the manipulative Smith responds with a campaign of blackmail and psychological torments.

Ophuls fights a script that all too often puts its themes into the mouth of Mason, whose constant harangues against the pursuit of money for money’s sake sounds increasingly like a broken record. But Ophuls’ delicate, elegant style, photographed by the great Lee Garmes, beautifully captures both the surface elegance and emptiness of the millionaire lifestyle.

Bel Geddes transforms from callow, naïve kid to woman of strength and moral fortitude, while Mason (in his American film debut) tempers his saintliness with moments of doubt and Ryan reveals chillingly cruel manipulator whose only goal is to “win” at all costs.

Ophuls beautifully twists the American dream into a nightmare, where even the happy ending feels just a bit tarnished.

Also on Blu-ray and DVD and on SVOD through Amazon Video, iTunes, GooglePlay, Vudu and/or other services. Availability may vary by service.
Caught [Blu-ray]
Caught [DVD]