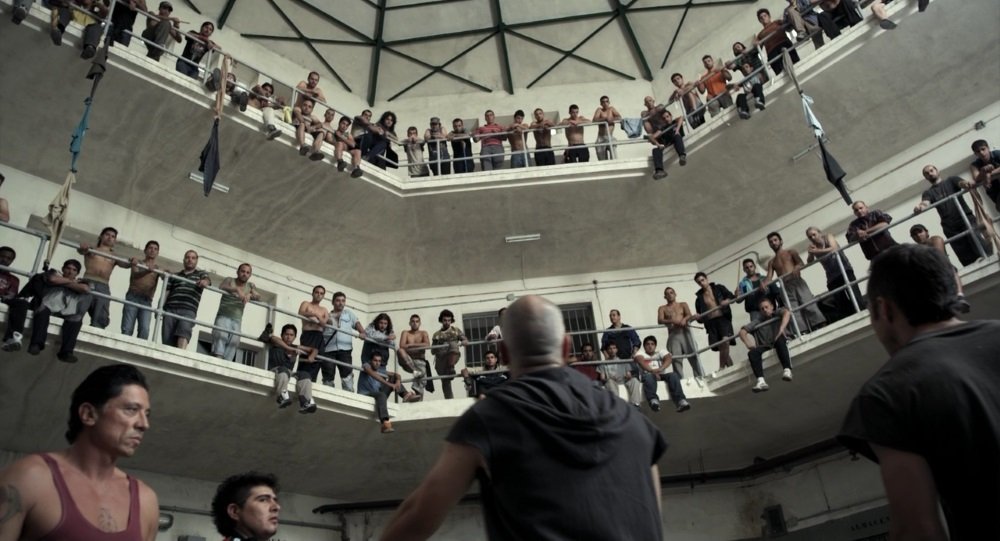 Cell 211 (2009), a volatile thriller from Spain about a young guard trapped in the midst of a prison riot, is already being looked by Hollywood for remake potential. Make a point of seeing the superb original, which is visceral and intelligent, with layers of political complexities (both national and internal) and personal complications, and a touchy buddy story at the center.

Alberto Ammann stars as the guard who, on tour of the prison before he even begins his job, is trapped behind enemy lines when a well-planned riot led by a dangerous but principled lifer (Luis Tosar) takes control of the main block. He has to pose as one of the inmates to survive the ordeal, dangerous enough under normal circumstances but even more nerve-wracking in a situation on the verge of exploding into violence at any turn.

It’s gripping and unsettling and this script makes the most of unexpected (but completely believable) turns in the chaos of the stand-off and the pressure-cooker tension of the violent criminals barely keeping it together on the inside. A cell of political prisoners only adds more gunpowder to a situation that is one spark away from blowing up. And the guard’s dawning realization of the depth of corruption and lies in the system as it turns against him as well only makes it more interesting. His survival becomes tied with the success of the inmates.

In Spanish with English subtitles.