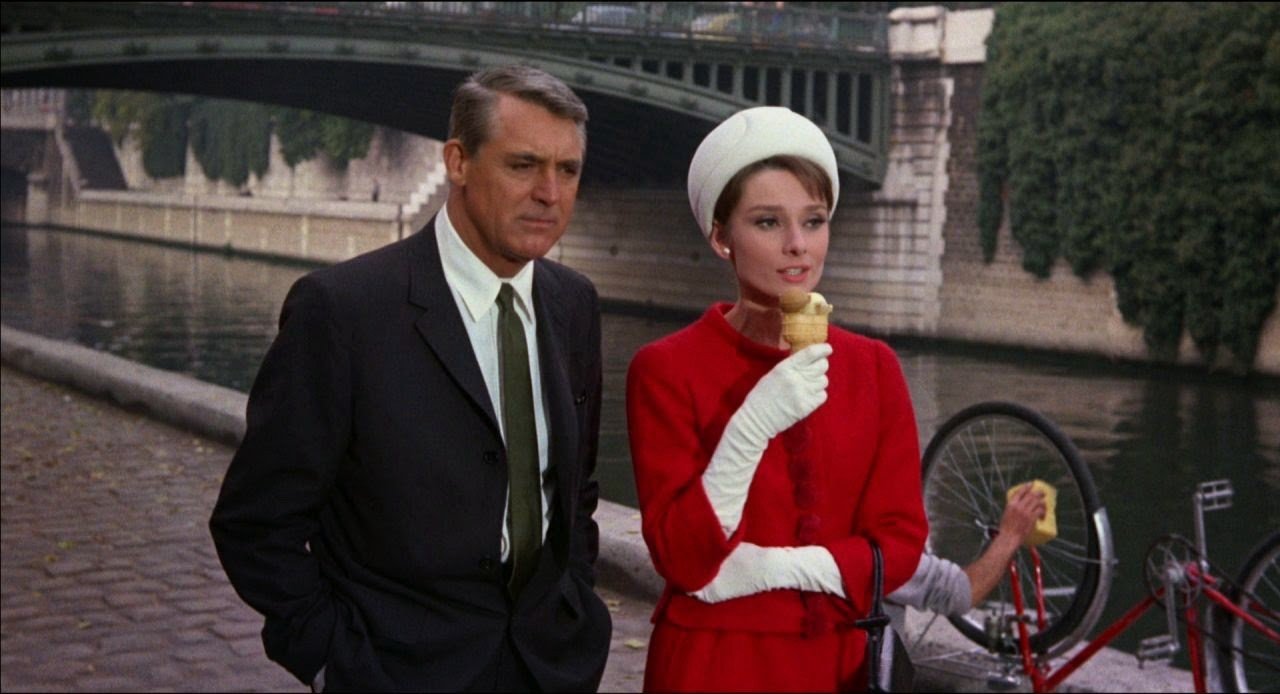 “Do you know what’s wrong with you?” asks Audrey Hepburn’s gamine young widow of Cary Grant’s dapper but mysterious Peter Joshua. When he takes the bait and says no, she purrs simply: “Nothing!”

You could say the same of Charade (1963), Stanley Donen’s sleek, chic Hitchockian escapade of a jet-setting American (Hepburn) hopscotching across Europe while pursued by criminals. Grant stars in the elegantly breezy but deftly sophisticated romantic thriller as a shady but oh-so-charming fellow with an ever-shifting identity.

He turns up in the life of the newly-widowed Hepburn just as she learns from a rumpled American (Walter Matthau) in the consulate’s office that her dead husband was a crook. James Coburn, George Kennedy and Ned Glass play the trio of unsavory thugs who are after the fortune that the late crook stole from them and hid before dying.

The lively script from Peter Stone is full of twists and feints which Donen set off with a light touch and a tasteful style, but the charm of the film has less to do with the plot than the company. Grant (visibly aging yet so effortlessly charming it doesn’t matter) and Hepburn have the chemistry of a champagne cocktail—light, bubbly, smooth and elegant—as they trade bon-mots in flirtatious verbal volleys and quips in the face of danger.

It’s a lark of a thriller in the manner of Hitchcock’s To Catch a Thief and North by Northwest, with a sparkling wit and the visual grace of a director who can turn action into dance, and it is one of the most beloved romantic thrillers to come out of Hollywood.

Due to an error that likely cost someone at Universal Pictures their job, the film was released without a proper copyright notice and fell into the public domain, resulting in decades of sub-standard releases from companies looking to make an easy dollar. That means you can find free copies all over the internet, but most of those editions do not reflect the beauty and elegance of the film.

The editions recommended below are worth your time and worthy of the film’s legacy.

Add to My List on Amazon Prime Video or on Criterion Channel or on MUBI stream free on Kanopy or on Hoopla, which are available through most public and college library systems.

It’s on Blu-ray and DVD from numerous labels but the only editions worth owning are from Universal Home Video and the Criterion Collection. The latter presents a gorgeous master of the film and features commentary by director Stanley Donen and screenwriter Peter Stone recorded in 1999 and a booklet with an essay by film historian Bruce Eder.