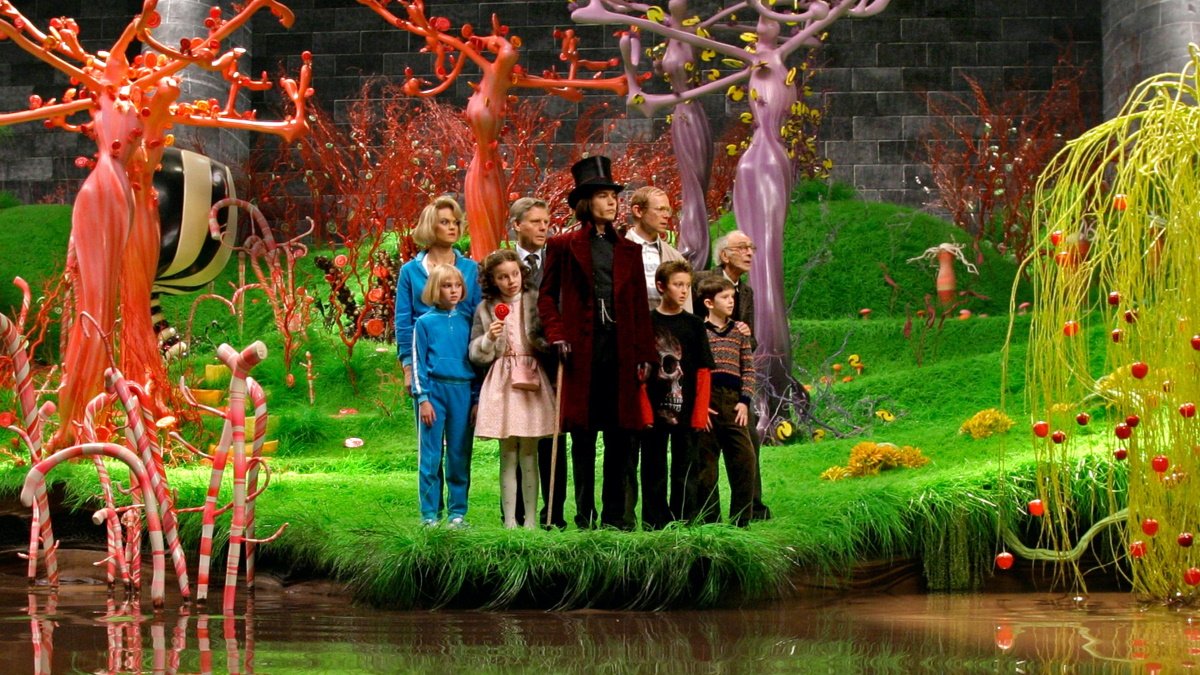 Though it’s tagged as a remake, Tim Burton returns to Roald Dahl’s original novel (and Dahl’s original title) for Charlie and the Chocolate Factory (2005), the second cinematic take on the offbeat fantasy.

Burton favorite Johnny Depp is downright odd (even for Depp) as the eccentric and reclusive chocolate mogul Willy Wonka, who has built his own private candy wonderland and shares it for one day with lucky kids who have found the golden tickets hidden in his Wonka Bars. Freddie Highmore (Depp’s co-star in Finding Neverland) is the plucky impoverished Charlie (he lives in a rickety home that looks like a melting gingerbread house) who becomes the heart that Wonka has lost in his isolation and Christopher Lee is Wonka’s dentist father, a character created specifically for the film.

Burton feeds his creative sweet tooth with delicious art direction and imaginative creations and composer Danny Elfman writes a goofy set of pop tunes to Dahl’s original lyrics. But for all of the flights of fantasy, Burton never quite finds the heartbeat that warmed the original classic with Gene Wilder, partly because this Willy Wonka is so disconnected and distracted, unable to relate to anyone, and partly because the other characters who spiced the original movie are all undercooked here. But it is never less than enchanting and entertaining.

It earned an Oscar nomination for costume design.

All disc editions include the featurette “Becoming Oompa Loompa” (how actor Deep Roy became an army of Oompa Loompas), a set-top game, and the trailer. The Blu-ray and Two-Disc DVD includes seven additional featurettes and other supplements.