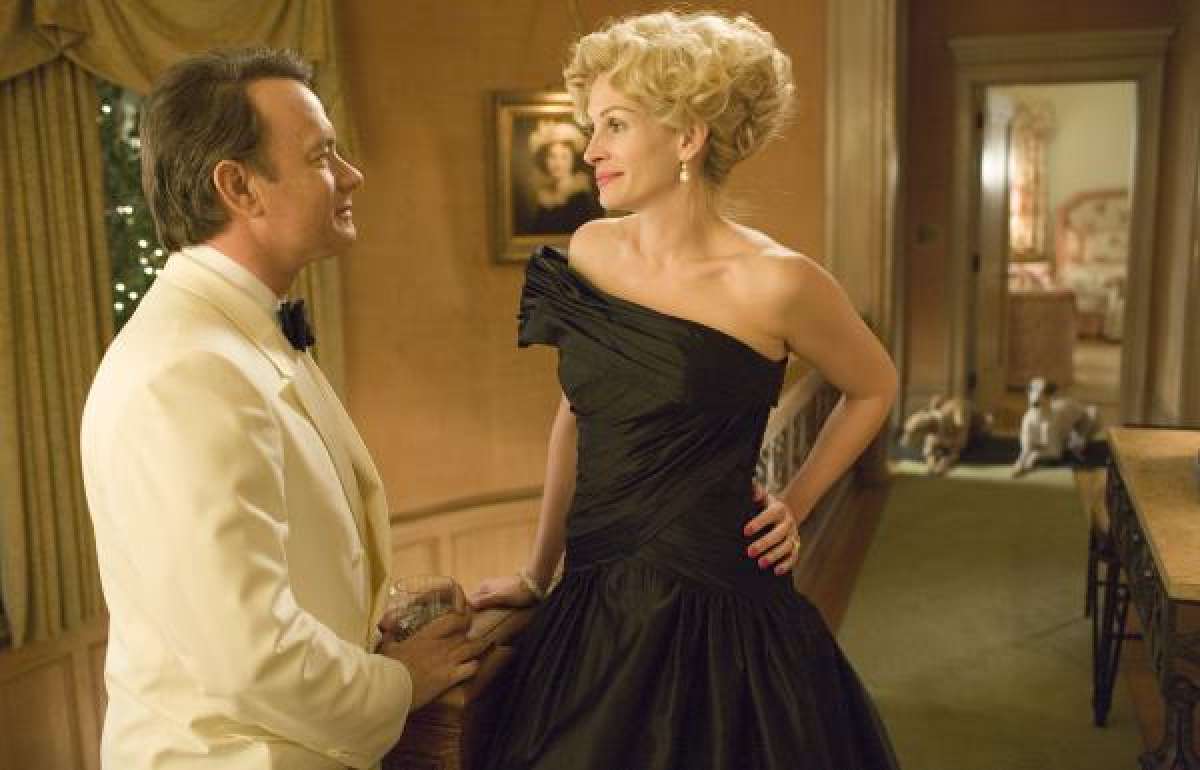 If you think it was Rambo who led the American support of Afghan rebels against the Soviet occupation of Afghanistan in the early eighties, here’s a hilarious reality check. Charlie Wilson’s War (2007) is the story of an otherwise minor Texas congressman who worked behind the scenes to create a coalition of Arab states, secretly working with Israel, to arm and support the Afghan rebels, all without oversight from the administration.

The congressional bachelor charmer Charlie Wilson (Tom Hanks) teams up with a Texas socialite (Julia Roberts) determined to keep fighting the Cold War and a neglected CIA agent (Philip Seymour Hoffman) who has the connections and the international savvy to turn Wilson’s appropriations into secret arms shipments and practical military support without anyone even knowing about it.

Tom Hanks is great fun as Wilson, the Democratic congressman who earned the nickname “Good Time Charlie” for his womanizing, high-living, fun-loving ways, and director Mike Nichols brings a light touch to this breezy take on “the outrageous true story” scripted by Aaron Sorkin. It’s a smart and sophisticated piece of political comedy for grown-ups with sharp performances and a delightful anti-hero who embraces his imperfections and scandalous behavior with a wink and smile.

The disc comes with a pair of lively featurettes. “The Making of Charlie Wilson’s War” packs a lot of information into a breezy and entertaining 17 minutes, featuring interviews not merely with the stars and writer and director, but with the real Charlie Wilson and Joanne Herring (played in the movie by Julia Roberts). “Who is Charlie Wilson?” is a 12 minute profile of the man and his accomplishments. “I plead guilty to all my sins,” says Wilson, who never balked at any of his excesses being shown on screen.