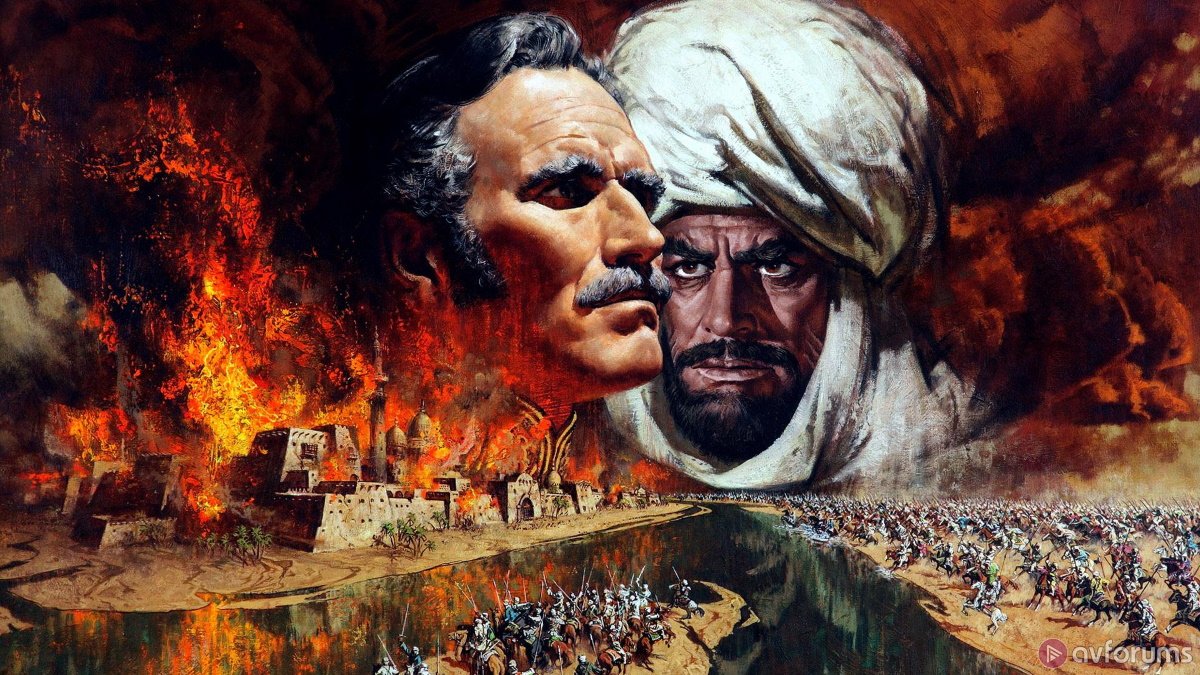 Khartoum (1966) is the sweeping story of the 1880 battle between British General Charles ‘Chinese’ Gordon (post Ben-Hur and El Cid Charlton Heston) and the Madhi (Laurence Olivier behind a thick beard and unfortunate brownface make-up) in the Sudan.

It opens with a spectacular desert battle, bringing back echoes of Lawrence of Arabia, but soon shifts to the battle of wits and wiles between two fierce leaders. Heston cuts a fascinating figure as Gordon, a wily Brit with a respect for Islam and Egyptian culture but determined to stake this land for Christian Britain.

On the cusp between leading he-man and older, more thoughtful character roles, Heston plays the vain Gordon with a cocky flair, a brilliant maverick with a mystic’s passion who routinely disobeys orders at his whim and plays politics with the wiles of a guerrilla statesman. Olivier is far hammier as the scheming, self-proclaimed Islamic savior rousing his forced with subtlety and subterfuge.

Basil Dearden is no epic director (the grandiose sweep of the rationed spectacle is courtesy of second unit director and legendary stuntman Yakima Cunutt) but he plays the game of wills and wiles with a nice understanding of imperialist realpolitic maneuvering. By the end it’s more 55 Days at Peking than Lawrence, less imperialistic than the latter and less subtle than the former, but always compelling.

Robert Ardrey earned an Oscar nomination for his screenplay.

Also on Blu-ray and DVD and on SVOD through Amazon Video, iTunes, GooglePlay, Fandango, Vudu and/or other services. Availability may vary by service.
Khartoum [Blu-ray]
Khartoum [DVD]

It’s readily available on DVD and on Blu-ray from Twilight Time, which is now out of print. It features commentary by film historians Nick Redman, Julie Kirgo, and Lem Dobbs, plus the Twilight Time trademark isolated score track (with Frank Cordell’s music) and a booklet with notes on the film by Julie Kirgo.