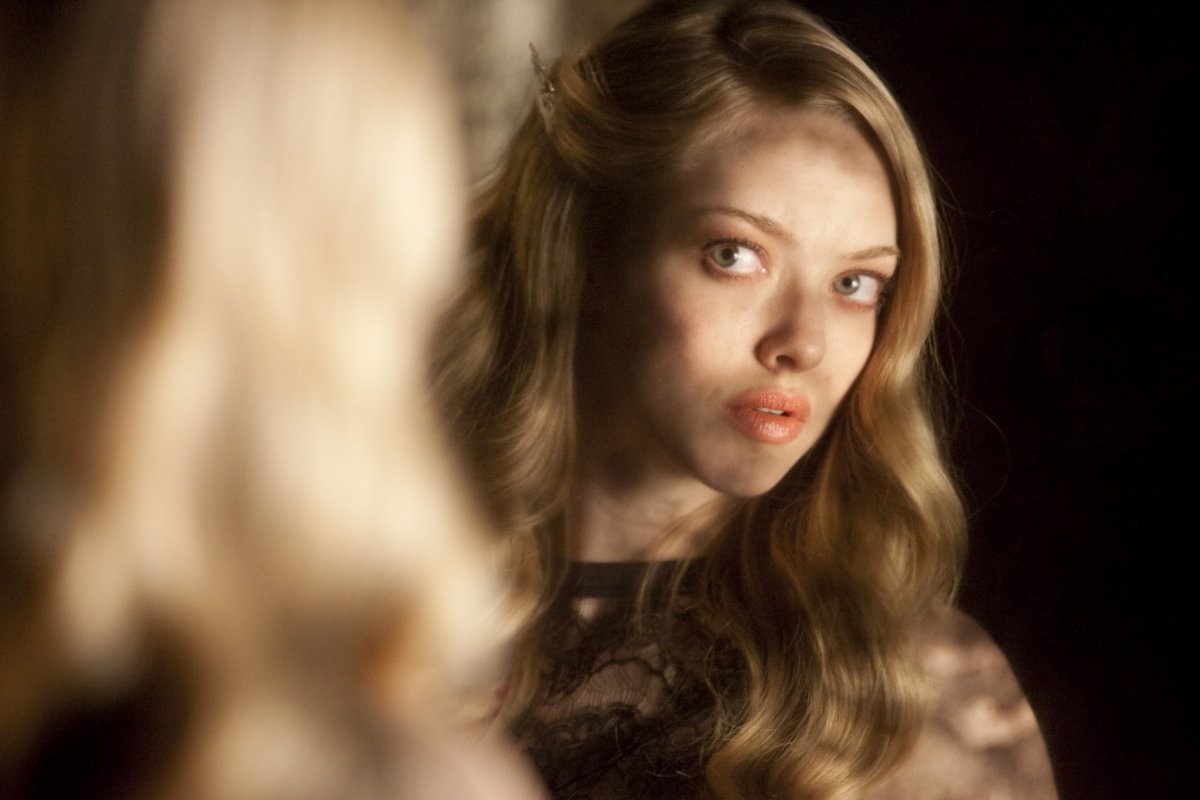 The title character of Chloe (2009) is a beautiful, enigmatic young sex worker (Amanda Seyfried) hired by a successful gynecologist (Julianne Moore) to test the fidelity of her college professor husband (Liam Neeson).

They are the model of the perfect couple on the outside but inside their magnificent home they exist in separate spaces, and Egoyan emphasizes the characters alone in open rooms and separated by levels and great, empty spaces. And whenever Neeson turns on the charm with a pretty younger woman (and there are many), Moore’s face tightens, gritting her teeth as she foresees her replacement. “Oh come on, I’m being friendly,” he responds to her complaint. She decides to test the lengths of his friendship.

There’s also a dash of Fatal Attraction (with the obsession and danger, though no rabbit stew this time) and a healthy helping of soft-focus slo-mo erotica. Moore hires Seyfried at a hotel bar where she has seen her emerge with a client from her office window across the street (there is a lot of watching from a distance). Egoyan plays the transaction like a seduction in itself, and continues the ambiguous emotional space with the assignment: Moore wants her to tell every erotic detail. When he declines Chloe’s first flirtation, Moore sends her out for another and Chloe delivers the goods she both desires and fears, and then continues to come around with more details.

Given all of its mind games and sex games and seductions through storytelling, it’s surprisingly conventional, but until it tips its hand it is a compelling psychodrama with an elegantly sexy surface.

Also on Blu-ray and DVD and on SVOD through Amazon Video, iTunes, GooglePlay, Fandango, Vudu and/or other services. Availability may vary by service.
Chloe [Blu-ray]
Chloe [DVD]