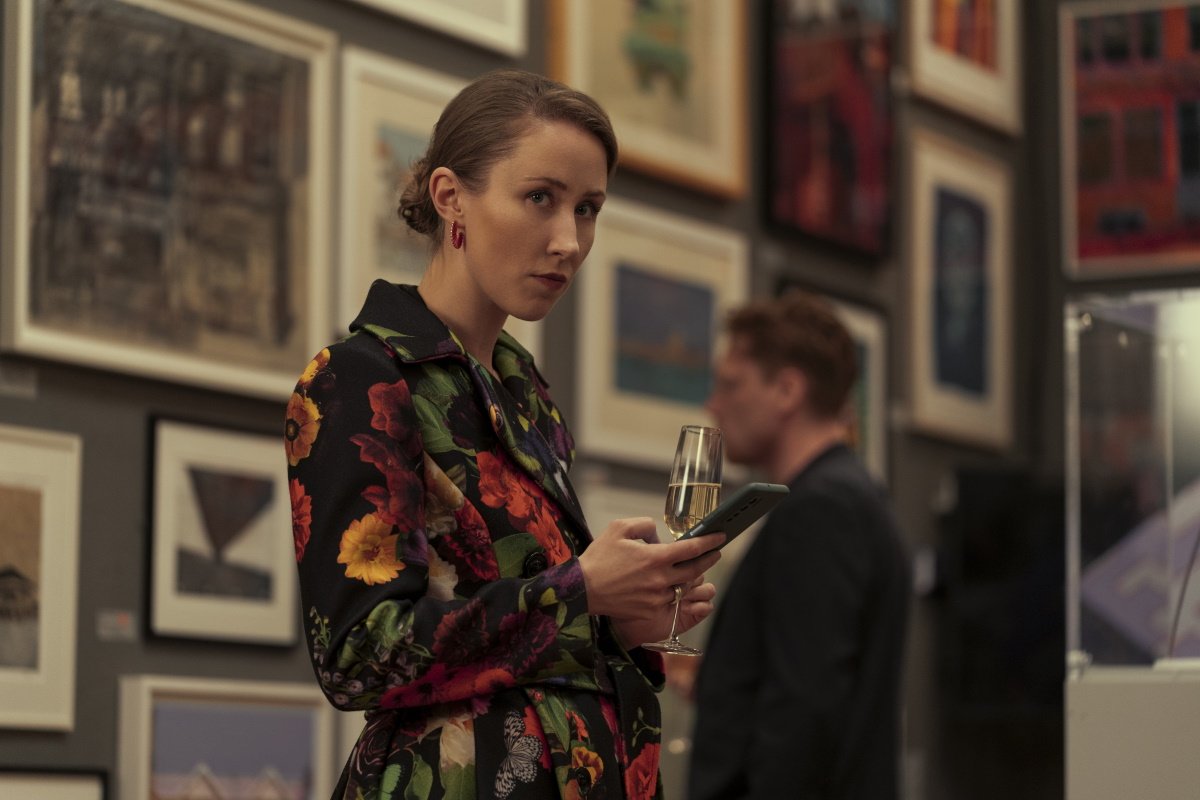 A young woman (Erin Doherty) obsessed with the seemingly perfect life of a childhood friend turns from online stalking to social infiltration after her friend’s suicide in the limited series “Chloe” (2022, TV-MA). The British psychological thriller follows the emboldened woman down the rabbit hole of false identities and confidence games. All six episodes streaming. (Amazon Prime Video)

In “The Bear: Season 1” (not rated), a successful chef (Jeremy Allen White) returns home after a death in his family to run a Chicago sandwich shop. The dark comedy drops the drama of a restaurant reality show in the dysfunctional kitchen of a struggling family business. All episodes streaming. (Hulu)

Rowan Atkinson returns the physical comedy of “Mr. Bean” in “Man Vs Bee: Season 1” (TV-PG), playing a sweetly incompetent housesitter in a high-tech mansion bedeviled by… well, it’s all in the title. (Netflix)

Kevin Hart is a hapless salesman who is mistaken for a notorious assassin known only as “The Man from Toronto” (2022, PG-13) and is enlisted by the CIA to impersonate the killer (played by Woody Harrelson). It’s a buddy action comedy from “The Hitman’s Bodyguard” director Patrick Hughes. (Netflix)

The animated musical sequel “Sing 2” (2021, PG) reunites the tuneful critters to take their show on the road. Returning voice cast members Matthew McConaughey, Taron Egerton, Scarlett Johansson, and Reese Witherspoon are joined by Bono as a reclusive rock star they coax out of retirement. (Netflix)

“Beavis and Butt-Head Do the Universe” (2022, PG-13) brings the idiot best friends back to the screen for the first time in over a decade with an animated feature that promises to be “the dumbest science fiction film ever made.” Mike Judge writes, directs, and voices the bumbling buddies and the voice cast includes Gary Cole, Chris Diamantopoulos, Nat Faxon, Tig Notaro, and Jimmy O. Yang. (Paramount+)

Nicolas Cage plays the role he was born to play—movie star Nicolas Cage—in the self-aware action comedy “The Unbearable Weight of Massive Talent” (2022, R). Also on DVD and at Redbox.

The third season of the offbeat superhero series “The Umbrella Academy” (TV-MA) brings the dysfunctional family of adoptive siblings back to the present and in collision with an alternate timeline team called The Sparrow Academy.

A group of kids are haunted and hunted by a demonic clown (Bill Skarsgard) in the sleeper horror movie hit “It” (2017, R), based on the Stephen King novel.

Dame Judi Dench stars in “Philomena” (2013, PG-13) as a working class woman in search of the child she was forced to give up for adoption decades ago when she was an unwed Irish teenager.

In the coming-of-age drama “Wildhood“ (2022, not rated), a two-spirit Mi’kmaw teenager (Phillip Lewitski) and his younger half-brother (Avery Winters-Anthony) leave their abusive father to find the elder boy’s birth mother.

Sharlto Copley plays Ted Kaczynski in “Ted K“ (2021, R), a drama about the making of the Unabomber.

The six-part docuseries “Mind Over Murder“ (TV-14) delves into the murder of 68-year-old grandmother in 1985, the conviction of six individuals for the crime, and their exoneration in 2009 with DNA evidence, and explores the fallout in the community. New episodes on Mondays. More true stories:

The inspirational drama “Rise“ (2022, PG) dramatizes the true story of Antetokounmpo brothers, Nigerian immigrants who learned basketball on the streets of Greece and were drafted by the NBA.

“Trevor: The Musical“ (2022, not rated) gives viewers a front-row seat to a performance of the off-Broadway stage production.

Rodrigo Santoro stars as Magellan in “Boundless: Season 1“ (Spain, TV-MA, with subtitles), a drama about the first voyage to successfully sail around the world. Simon West directs the international production.

Streaming TV: Australian pop star Betty Who hosts the reality dating series “The One That Got Away“ (2022, TV-MA).

The home makeover series “Hip Hop My House: Season 1“ (TV-PG) turns a superfan’s home into a tribute to their favorite rap artist.

“Hidden: Season 3“ (not rated) brings the Welsh crime drama to an end.

Two young women must hide their love in “Circumstance“ (Iran, 2011, with subtitles), a drama that lifts the veil on Iranian society forced underground.

“Billy Wilder’s 1940s” spotlights four movies, including his landmark film noir “Double Indemnity“ (1944), which is presented with interviews, a documentary, and other supplements from the special edition disc release, and the Oscar-winning “The Lost Weekend“ (1945).