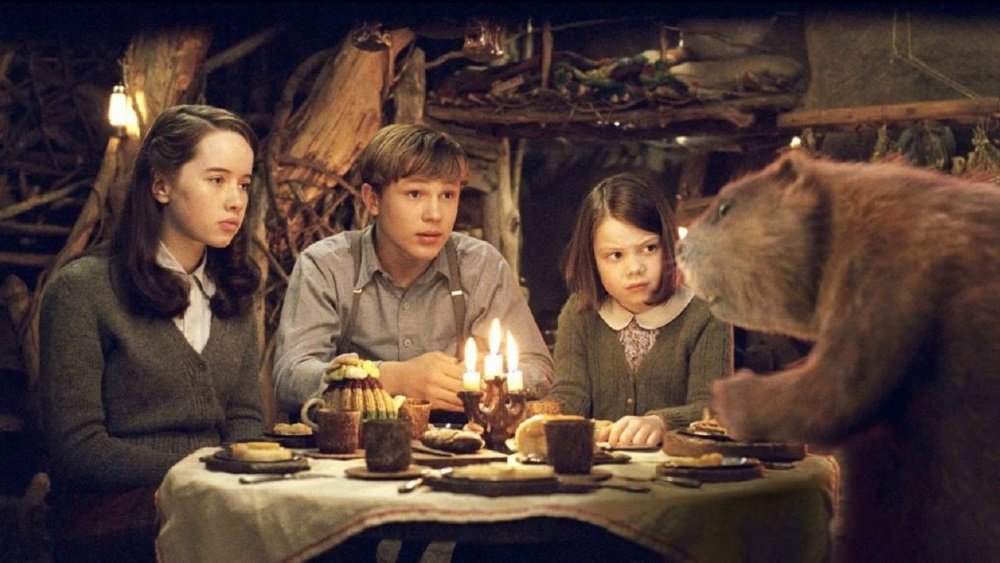 The Chronicles of Narnia: The Lion, the Witch and the Wardrobe (2005) – The beloved C.S. Lewis adventure fantasy, about a quartet of English children who pass through the wardrobe of an English manor during World War II and emerge in a land of magic and danger had been adapted for TV in Britain but it took Disney, looking to the success of the Lord of the Rings series, to give it the size and scope of a fantasy epic for the big screen.

Newcomers Georgie Henley, Skandar Keynes, William Moseley, and Anna Popplewell play the brothers and sisters whose appearance holds the key in the war between the forces of dark, led by the icy White Witch (Tilda Swinton), and the armies of light, led by the lion Aslan (voiced by Liam Neeson).

Andrew Adamson, director of Shrek, made his live action debut with the film and gave it a lavish canvas with wondrous images without ever quite capturing the sense of urgency or the dire stakes of a world in the balance. He’s better at creating vivid characters. The children come alive in a wonderland of fauns (James McAvoy as the gentle Mr. Tumnus) and talking woodland creatures and, after falling out in disagreements, rise to the occasion to become warriors to rescue the world from the perpetual winter of the tyrannical White Witch.

It’s no surprise that the novels (“The Lion, the Witch, and the Wardrobe” was the first of a series of seven) came out of post-war Britain but it is less a metaphor for World War II than a Christian allegory, right down to a lionhearted messiah and the possibility of redemption and forgiveness. It is a handsome production, an epic fantasy for younger audiences with a spiritual message, and it was followed by two more films in the series. This one remains the most satisfying and inspiring.

Jim Broadbent is the kindly Professor Kirke, the reclusive author whose grand country manor is the home to the magical wardrobe, and Ray Winstone, Dawn French, and Rupert Everett contribute voices to the creatures in Narnia.

Rated PG. There are major battle scenes but that are far less intense than those in the Lord of the Rings films.

and other SVOD portal and on disc
The Chronicles of Narnia: The Lion, the Witch and the Wardrobe [DVD]

The Chronicles Of Narnia: The Lion, The Witch And The Wardrobe [Blu-ray]