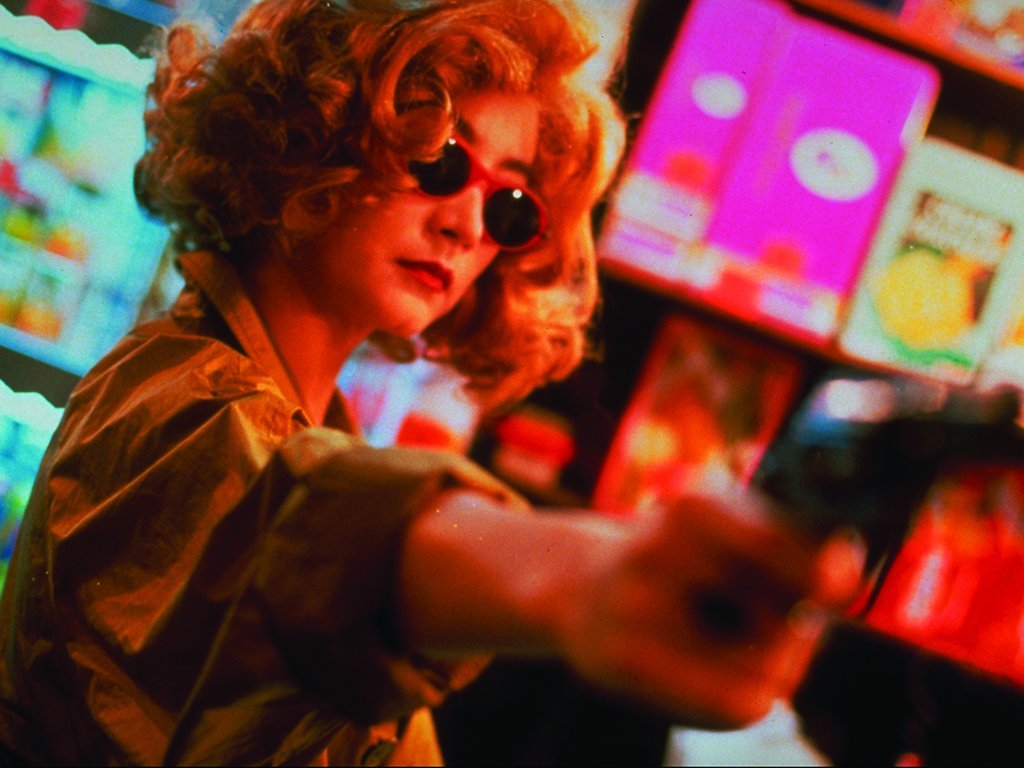 In the culture of Hong Kong pop cinema of the eighties and nineties, Wong Kar-Wai is a maverick. As directors like Tsui Hark, John Woo, and Johnnie To were reinventing action movies and big screen spectacle with whooshing camerawork, dynamic editing, and action exploding all over the frame, Wong was casting the stars of those films in more intimate films with woozy color, dancing camerawork, and jagged editing, appropriating music video stylings for arthouse films with a pop sensibility.

After playing with crime movie conventions in the impressionistic and melancholy dramas As Tears Go By (1988) and Days of Being Wild (1990), Wong finally burst onto the international scene with Chungking Express (Hong Kong, 1994), a jazzy little cinematic improvisation on a themes of love, loss, connection, and the craziness of emotion. The two stories revolve around cops, but any resemblance to the Hong Kong action cinema of John Woo or Jackie Chan ends there.

In the first story, a rookie cop (Takeshi Kaneshiro) pines for the girl who dumped him by eating canned pineapple every day, searching shelves for a telltale expiration date, until he becomes fascinated by a mystery woman (the enigmatic Brigitte Lin in a blonde wig) who passes through the local food court like a femme fatale on a mission.

In the second, a ladies’ man officer (Tony Leung Chia-wai) who can’t sustain a romantic relationship finds himself the object of the affections of the new late night server at his favorite take-out joint, a wide-eyed pixie played by Faye Wong (a popular Cantopop chanteuse who make her film debut here). While he studiously ignores her playful interest by night, she breaks into his apartment by day to snoop, clean up, and rearrange things.

All set in the crowded shopping arcade district of a working class suburb, it’s a unique peek into the urban flavor of the crowded island nation of Hong Kong before it returned to Chinese rule. Wong’s filmmaking style sways to its own beat and those unusual rhythms are infectious, as are the smeary/stuttery visuals of cinematographer Christopher Doyle and the Cantonese cover version of The Cranberries’ song “Dreams” by Faye Wong.

As a curious aside, Wong originally intended a triptych structure but as the two stories expanded, he spun the third one off into its own feature, Fallen Angels (1995), which also stars Kaneshiro.

It won four prizes at the Hong Kong Film Awards, including best picture, director, and actor for Tony Leung Chia-wai.