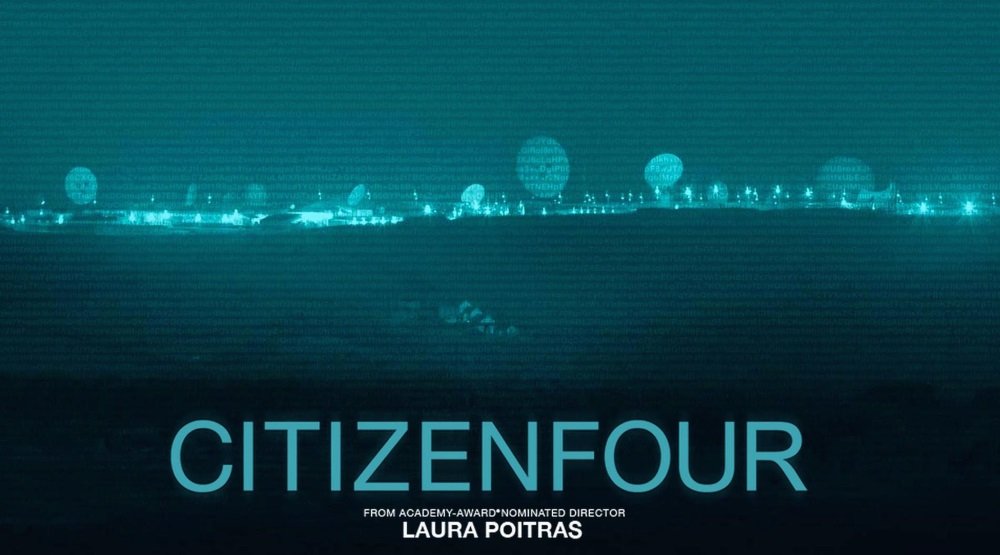 Citizenfour (2014), winner of the 2014 Academy Award for Best Documentary Feature, is the story of Edward Snowden and his release of classified NSA documents that revealed the systematic surveillance of phone calls, E-mails, and internet activities of American citizens by the government. It was the biggest act of government whistleblowing since Daniel Ellsberg and the Pentagon Papers.

Snowden contacted filmmaker Laura Poitras because, as he says in his initial contact, she chose herself: she was on government watchlists and the victim of government harassment for her documentaries My Country, My Country (2006) and The Oath (2010). She was filming as he, working with The Guardian reporter Glenn Greenwald, released the digital documents to the press over the course of a week in June 2013 while holed up in a hotel room in Hong Kong, and she won a Pulitzer for her involvement in the reporting (along with Greenwald and Barton Gellman). She was there to provide a record and give his actions the transparency that he demanded from his government.

Citizenfour (named after the handle Snowden used when he first reached out to Poitras) is as much about Snowden as it is the secret surveillance he revealed. Poitras structures it along the timeline of those releases and the reverberations across the media and through the response of the American government and keeps returning to Snowden, who is at once geek activist, concerned citizen everyman, and enigmatic martyr all too well aware of the consequences of his actions to his own life. Well-spoken and precise, he’s an amiable tech suddenly in the eye of the international media storm, a man living out of a hotel room, seeking asylum from the U.S. (which soon charges Snowden with espionage and brands him a traitor), and conducting all meetings and communications with an informed sense of paranoia. Poitras isn’t there to question his motives or the rightness of his cause, she’s there to bear witness. This film is her document on why his actions matter and what it cost Snowden. She leaves judgments to us.

and other services.
Citizenfour [DVD]