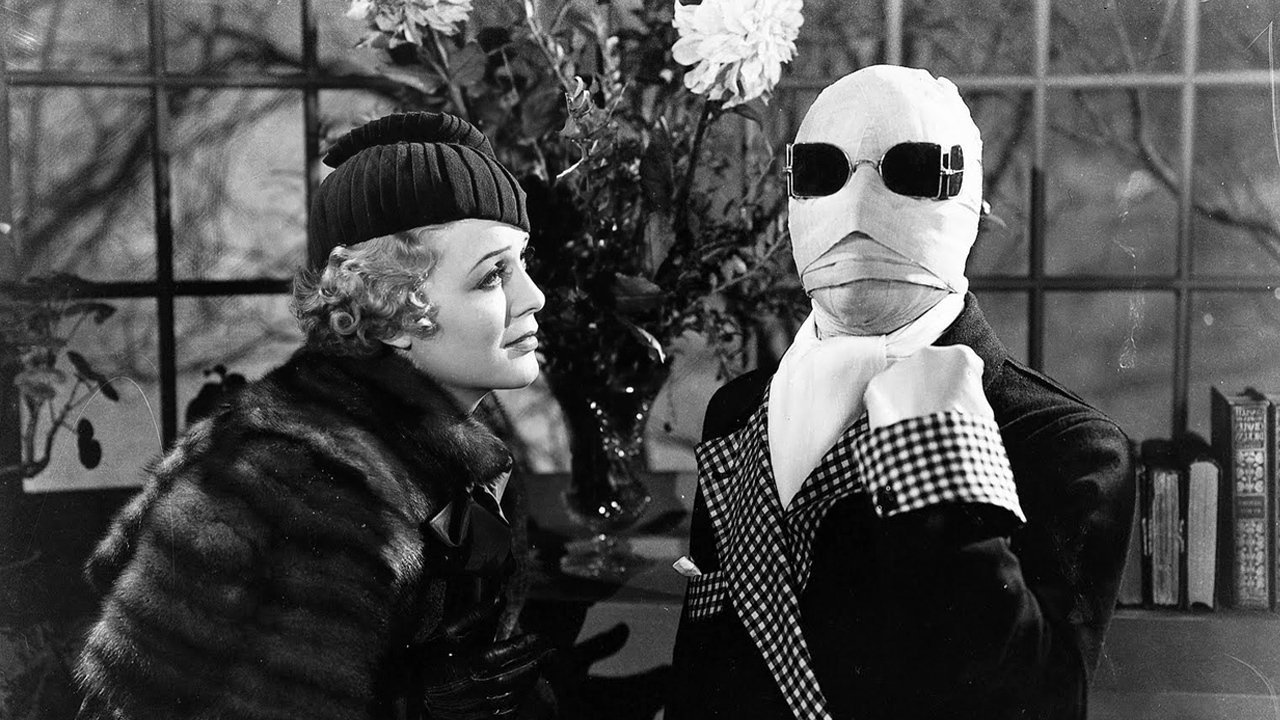 Claude Rains practically owns his film debut The Invisible Man (1933) despite the fact that his face (let alone his body) is seen only for seconds in the final moments.

As the brilliant scientist who discovers the secret of invisibility, Rains steps into the film wrapped up like a mummy behind a layer of bandages and blanketed in heavy clothes. When he removes his garments, there’s nothing underneath. Like Frankenstein, another cautionary tale of science gone horribly wrong, the consequences of the doctor’s experiments are dire: the chemicals drive him insane.

Director James Whale inflects the film, adapted from the novel by H.G. Wells by regular Whale collaborator R. C. Sherriff, with plenty of humor, much of it arising from the quaint quirks of the local villagers. But it turns to black comedy as the doctor transforms from an impish prankster upsetting bicycles and taunting tavern patrons to a homicidal megalomaniac bent on world domination.

It’s slow going even at 71 minutes but full of delightful touches and a terrific performance by the all but unseen Rains, whose rich, cultured voice envelopes the picture in a kind of omnipresent fog. And the invisibility special affects engineered by director of photography Arthur Edeson (who shot Frankenstein for Whale) are a simple but effective bit of 1930s movie magic that, apart from a few glitches, works almost as well today as it did in 1933.