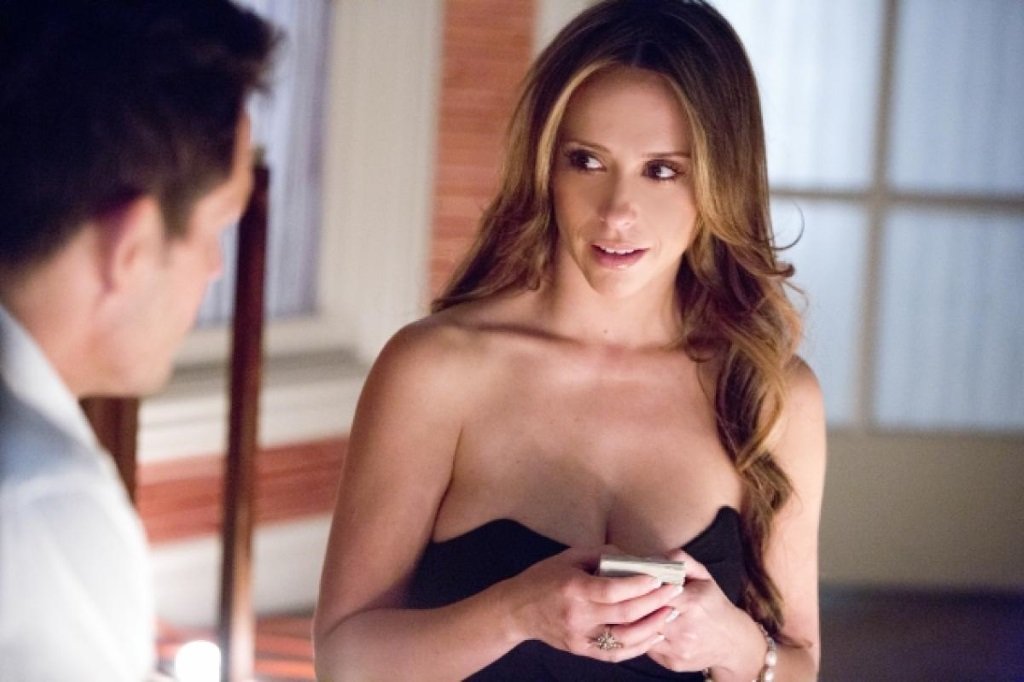 The Client List, the TV series inspired by the 2011 Lifetime original movie of the same name, stars former horror movie princess Jennifer Love Hewitt as a single mother who turns to sex work to keep her family afloat.

Ms. Hewitt plays Riley Parks, a licensed massage therapist and mother of two who is suddenly left broke and desperate when her unemployed husband runs off without a word. Her legitimate massage income isn’t enough to save the mortgage from default, so she signs up to take on a few select clients who pay for a little extra service on the side. Yes, she’s a suburban single mother with a secret life as a prostitute in a classy day spa with a legitimate massage business and Loretta Devine as a sassy but maternal boss who looks after her girls and her business with equal dedication.

Hewitt and Cybill Shepard are the only member of TV movie cast to transition to the series, which changes the names, brings in a new supporting cast, and avoids the more lurid elements of the TV movie. But is still essentially a racy soap opera with a Texas drawl, a lot of girl bonding and family crises, and a few hunky cowboys. And for a series created by the Lifetime network for an overwhelmingly female audience, its leading lady sure spends an awful lot of time in lingerie. What grounds it is the setting of real-life anxieties: a bad economy, employment, fears of losing a home, and of course holding a family together after a spouse abandons you.

Along with Shepard’s unlucky-at-love mom, Riley’s support group consists of best friend Lacey (Rebecca Field) and brother-in-law Evan (Colin Egglesfield), a hunky young guy who, clearly, is more responsible, attentive, and protective than her deadbeat husband Kyle (Brian Hallisay). So of course, after making appearances via flashback and dream sequence, Kyle returns by season’s end, with no good explanation for why he’s been gone nor why he refused to contact either Riley or Evan even once during his disappearance.

The title, The Client List, refers to the customers who request the extra service (supposedly only a fraction of the trade, it sure looks like they are the bulk of the business), but by season’s end it also refers to a special list of powerful men whose names in a little black book are all that protect the business from… well, that’s for season two, which was also the final season of the show.

Add to My List on tubi, which is free with ads.

, iTunes, GooglePlay and/or other services. Availability may vary by service.
The Client List: Season 1 [DVD]