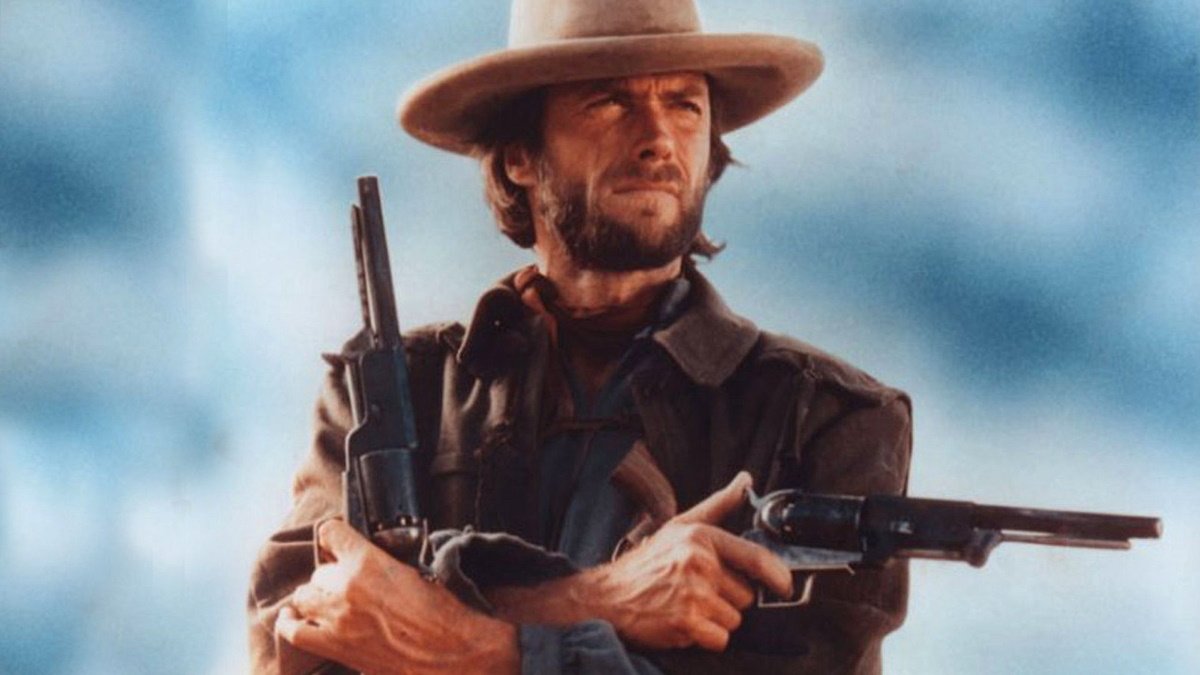 Josey is family-man farmer turned Confederate guerrilla after the brutal massacre of his family by Union renegades, taking his revenge as Kansas raider preying upon Union civilians. When he refuses to surrender after the war, he is hunted by the very Union butcher who led the raid on his farm.

On his trek south he collects more strays than the SPCA—an Americanized, aging American Indian (Chief Dan George) who is cast out of both worlds, an Indian woman (Geraldine Kearns) rescued from an abusive trading post owner, and a crotchety old lady (Paula Trueman) and a young woman (Sondra Locke), the sole survivors of a wagon train massacre. They become a family-like community that rekindles his repressed paternal instincts and draws him back into life.

Eastwood’s explosions of brutal violence and his eye for frontier landscapes and characters on the frontier recalls Sergio Leone, the director who made him a movie star in A Fistful of Dollars (1964). It’s a vision of a changing landscape as dangerous as it is embracing, but Eastwood leavens the sensibility with humor and trust (something in short supply in the westerns he made until Josey). It remains one of Eastwood’s best (and best-loved) films as both a director and an actor.

Jerry Fielding earned an Oscar nomination for his original score and the film was added to the National Film Registry in 1996.

And a bit of trivia. Philip Kaufman, who wrote the screenplay adaptation of Forrest Carter’s novel “Gone to Texas” with Sonia Chernus, was also the original director but was fired by Eastwood over disagreements in the direction of the film. Eastwood took over, prompting the Director’s Guild of America to institute a ban on any current cast or crew member replacing the director on a movie. The rule has earned the title the “Eastwood rule.”

On DVD and Blu-ray. Blu-ray book edition featuring commentary by critic and Eastwood biographer Richard Schickel and the featurette “Clint Eastwood’s West” (presented in HD) along with the vintage featurettes “Eastwood in Action” (from 1976) and “Hell Hath No Fury: The Making of the Outlaw Josie Wales” (from 1999). There’s also a Blu-ray book edition with an illustrated booklet and a disc tray in the back inside cover.