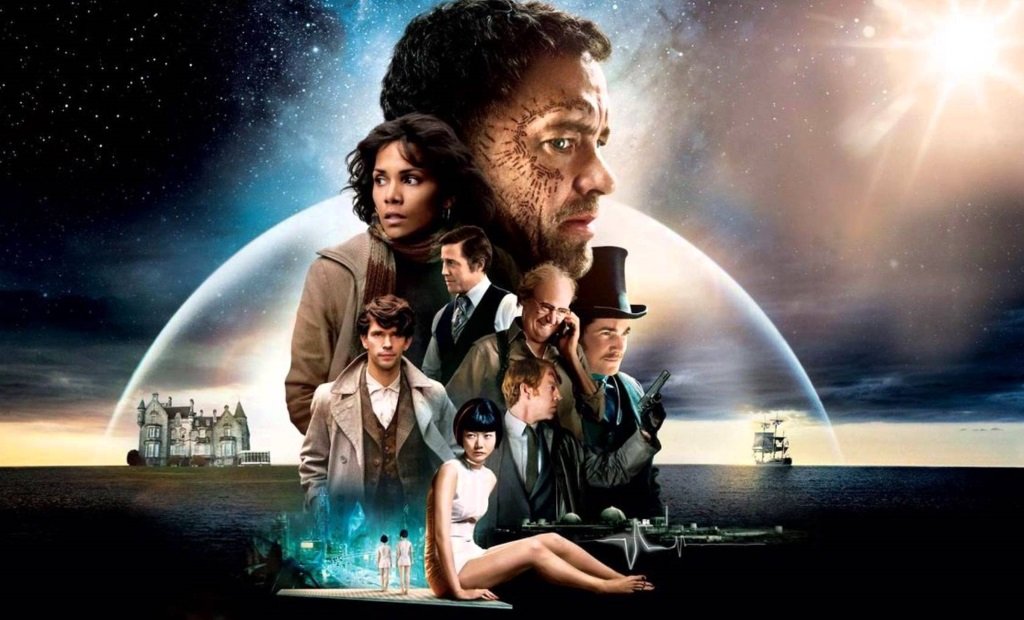 Cloud Atlas (2012) wants nothing for ambition. Jumping between six distinctive stories in six different eras, with a cast that plays different (yet connected) parts in the various storyline, it’s at once literal and evasive, a film that wears its heart on its beautifully stitched sleeve and its meaning in its design and yet finds so many facets in which to mirror its ideas throughout its incarnations. Which it does for almost three hours, in stories that span centuries, from the slave trade of the 19th century to a post-apocalyptic culture centuries into the future.

Lana and Lilly Wachowski (The Matrix trilogy) collaborate with Tom Tykwer (Run Lola Run and Perfume), adapting David Mitchell’s novel together and splitting the directing duties. They all seem to be on the same page here, charting both the best and worst in mankind through the ages and into the future. The continuity of character throughout can be comic (see Hugo Weaving as the eternal thug through ages, as if Agent Smith escaped the Matrix to infect history) and glaringly obvious (Hugh Grant as tyranny with the face of authority), and of all people Tom Hanks stumbles through some of the clumsiest caricatures ever foisted upon a star-studded production, but it’s clever enough to keep you dancing through the changes.

At its best, Cloud Atlas is sprawling, inventive, ambitious, naïve, and thrilling. The momentum never lets up and sometimes that alone is all that keeps you moving through the weave of stories, but it can be enough. The images are dazzling and the transitions witty, sometime turning on a line, sometimes an image, sometimes it’s not clear at all what the trigger is until later. But obvious or not, it’s all connected.

, iTunes, GooglePlay and/or other services. Availability may vary by service.
Cloud Atlas [Blu-ray]

Blu-ray and DVD includes the featurette “A Film Like No Other,” an overview that plays more like a promotional featurette than a behind-the-scenes piece. The Blu-ray also features six additional featurettes, plus a bonus DVD and UltraViolet digital copy for download and instant streaming.