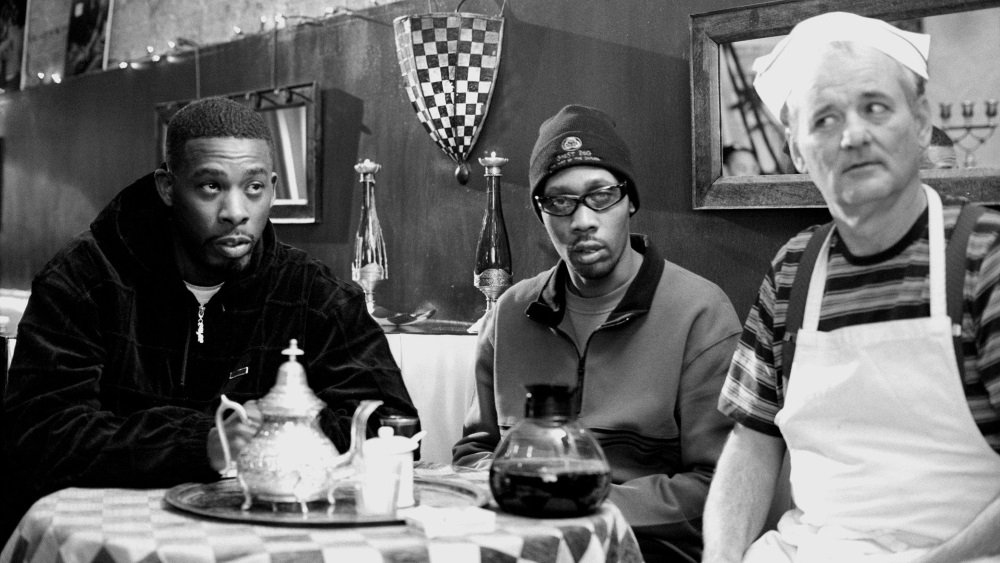 Coffee and Cigarettes (2003), Jim Jarmusch’s whimsical, 17-years-in-the-making anthology is “a series of short films disguised as a feature (or maybe vice-versa),” according to the director. It’s an anthology of curiosities, some more curious than others, wound around a diverse cast paired off for random ramblings over caffeine and nicotine.

It opens with the original 1986 short, an inspired café meeting between the sleepy monotone comic Steven Wright and an exuberant, babbling Roberto Benigni (the wound-up Italian comic filmmaker who went on to win an Oscar for Life is Beautiful), and continues the theme for some 90 minutes. Some of the meetings are inspired, none more so than Begnini and Wright’s absurdly unintelligible by-play, which plays like a Marx Brothers sketch performed in two different languages at separate speeds. Cate Blanchett’s tea with herself is nicely played, and the beautifully awkward conversation between Alfred Molina and Steve Coogan could stand up as a short on its own, but often they are just pleasant ways to kill some time… which, to be fair, is essentially their reason being.

Coffee and Cigarettes plays like what it is, a collection of goofball asides to his features, held together only by striking B&W photography, a love of eccentricity, and, of course, shared smoke and coffee. This one is for the fans of Jarmusch’s askew view of human interactions. Other shorts feature Tom Waits, Iggy Pop, the White Stripes, GZA, RZA, and Bill Murray.

Also on DVD and on SVOD through Amazon Video, iTunes, GooglePlay, Vudu and/or other services. Availability may vary by service.
Coffee and Cigarettes [DVD]