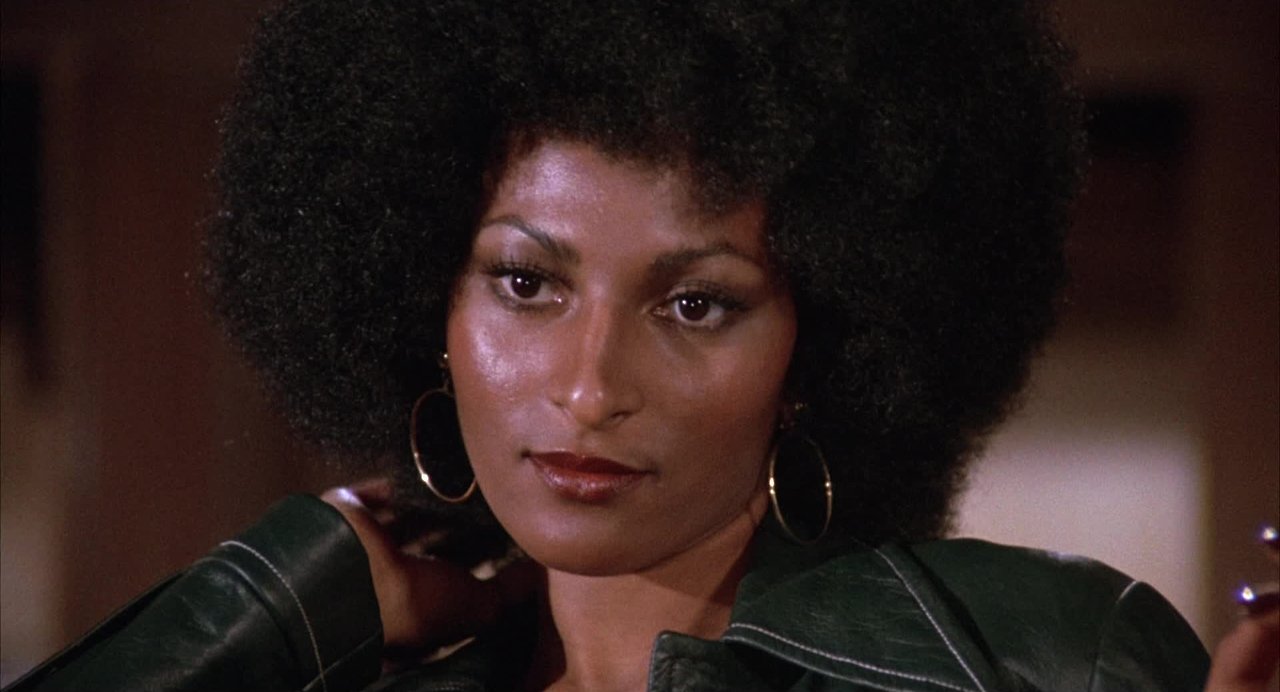 Most audiences today know Pam Grier from Quentin Tarantino’s Jackie Brown or the Showtime series The L Word, but she first burst on the scene as an icon of the “blaxploitation” cycle of low-budget urban action movies. She became the rare tough female lead in a culture of exploitation cinema dominated by male heroes.

Grier took her first leading role in Coffy (1973), playing an emergency room nurse by day and vigilante by night, targeting the dealers who made her sister a comatose junkie. She works her way up to the Italian mobsters muscling into the ghetto drug trade while she’s romanced by a glib, smooth talking politician (Booker Bradshaw) and wooed by a nice guy cop (William Elliot), whose refusal to sell out to the corrupt force earns him a crippling beating.

Jack Hill had previously directed Grier in The Big Doll House and The Big Bird Cage and he elevates to leading lady status in these down and dirty urban action pictures. They are at times slapdash and sloppy but carry a visceral punch at their best.

Coffy opens with Grier blasting open the skull of a sleazy drug pusher like a watermelon and shooting up his junkie assistant with an overdose of heroin. Cult actor (and longtime Hill collaborator) Sid Haig cackles while dragging one victim (a strutting peacock pimp played by Robert Doqui) behind a speeding car in a sadistic lynching, and Grier runs down one bad guy with a speeding car and takes care of another with a shotgun to the groin. Allan Arbus costars.

Their next and last picture together, Foxy Brown(1974), was originally written as the sequel to Coffy and practically plays that way as she declares war on the criminal organization that murdered her undercover cop lover. She tracks the killers to a “modelling agency” that supplies hookers for the rich and powerful and goes undercover. It’s frankly a more demeaning film—Foxy is subjected to sexual assault along the way, something her male counterparts never have to endure—but she takes her vengeance in with startling brutality.

It was a minor hit and became a cult film, ultimately inspiring a rapper to adopt the monicker as her stage name.

There’s plenty of sex, a catty girl-fight that leaves the losers topless, and car chases and shoot-outs galore and Hill’s gritty low budget action scenes are marked by visceral, wincing violence. What ultimately makes them blaxploitation classics, however, is Grier’s Amazon presence and fiery charisma. Her characters are protective of the vulnerable in her communities and Grier carries them both with charisma, self-confidence, and drive.

Add to My Watchlist on Amazon Prime: Coffy and Foxy Brown