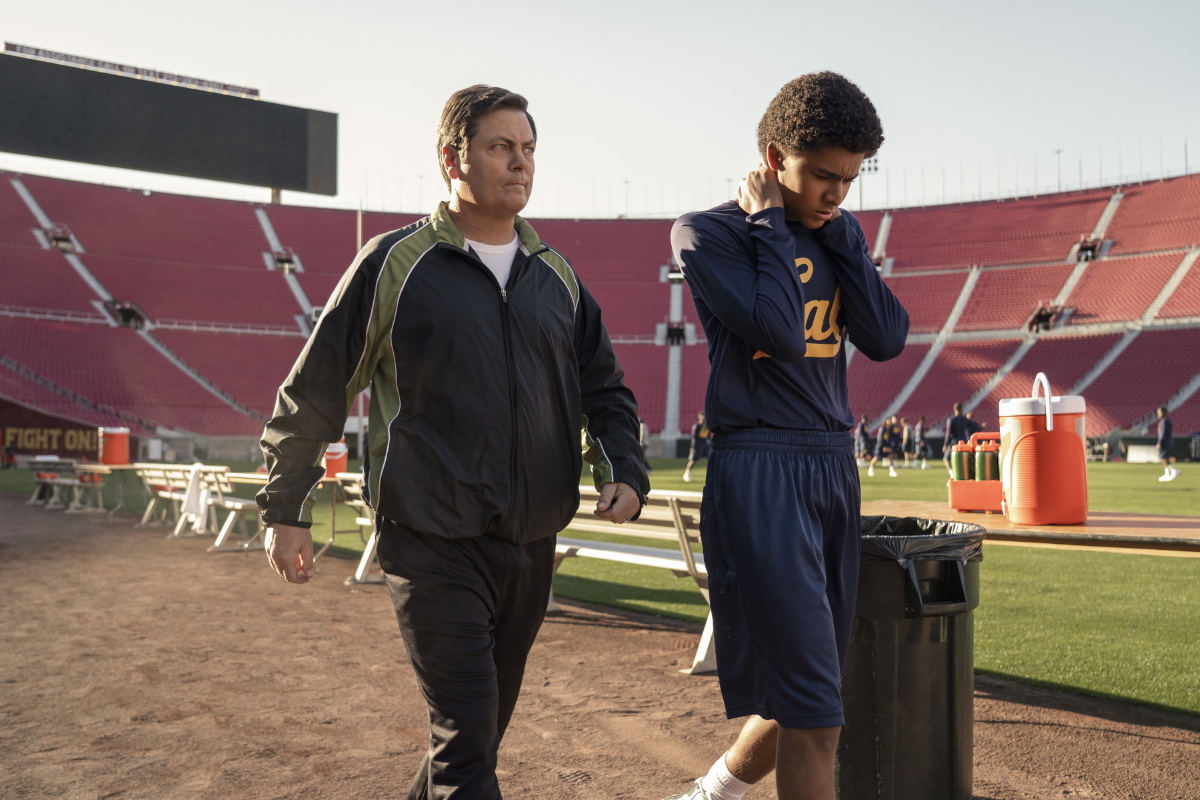 Lin-Manuel Miranda’s Tony-winning stage musical is brought to the screen by director Jon M. Chu in “In The Heights“ (2021, PG-13), with Anthony Ramos taking the lead as the first generation Dominican-American torn between his two cultures (the role created by Miranda). Miranda costars along with a mix of newcomers and original Broadway cast members reprising their roles. It’s back on HBO Max.

“The Sparks Brothers“ (2021, R) is Edgar Wright’s documentary on the rock band Sparks and its founders, brothers and creative partners Ron and Russell Mael, who over five decades have amassed devoted fans and influenced bands without ever breaking into the mainstream. Wright’s unabashed enthusiasm for the cult rock duo drives this colorful, playful portrait. (Netflix)

“Paranormal Activity: Next of Kin“ (2021, R), the seventh film in the found footage horror series, skips theaters and debuts on Paramount+.

International passport: “Nobody Sleeps in the Woods Tonight Part 2“ (Poland, 2021, TV-MA, with subtitles) is a sequel to the first Polish slasher film (which is also streaming). (Netflix)

Matt Damon is an American roughneck who travels to Marseilles, France to help his daughter, who is in prison for a murder she didn’t commit, in “Stillwater“ (2021, R). Camille Cottin (“Call My Agent”) and Abigail Breslin costar and Oscar-winner Tom McCarthy (“Spotlight”) cowrites and directs. Also on DVD and at Redbox.

The supervillains are back in anti-hero mode in “The Suicide Squad“ (2021, R), James Gunn’s very violent, blackly comic sequel to the 2016 movie of almost the same name. Joel Kinnaman and Margot Robbie return and Idris Elba, John Cena, and Sylvester Stallone join the cast. Also on DVD and at Redbox.

Stephen Lang as back as the blind vet repelling a new group of home invaders in the horror sequel “Don’t Breathe 2“ (2021, R).

Available same day as select theaters nationwide is the romantic drama “Language Lessons“ (2021, not rated), written by and starring Mark Duplass and Natalie Morales and directed by Morales.

Matthias Schweighofer directs and stars in “Army of Thieves“ (2021, TV-MA), a heist thriller costarring Nathalie Emmanuel. Produced by Zach Snyder, it’s a prequel to “Army of the Dead” without zombies.

Alex Gibney’s “We Steal Secrets: The Story of WikiLeaks“ (2013, R) looks how Julian Assange and WikiLeaks have changed the way we deal with privacy, secrecy and the right to information.

True crime: “The Motive“ (Israel, PG, with subtitles) revisits the 1986 murder of a family in Jerusalem by a 14-year-old boy.

International TV: “An Astrological Guide for Broken Hearts: Season 1“ (Italy, TV-MA, with subtitles) is a surreal romantic comedy based on the best-selling novel by Silvia Zucca. Also new:

“Maradona: Blessed Dream: Season 1“ (TV-MA, with subtitles) dramatizes the life story of soccer superstar Diego Maradona from his beginnings in an impoverished village in Argentina.

True stories: “For Madmen Only“ (2021, not rated) profiles Del Close, who mentored some of the greatest comedians and comic actors of the past 50 years.

In “Women is Losers“ (2021, TV-MA), a bright and talented Catholic school girl (Lorenza Izzo) in 1960’s San Francisco overcomes obstacles to chart her own future.

International TV: the young adult thriller “Paradise: Season 1“ (Spain, not rated, with subtitles) is a supernatural mystery set in coastal town in 1990s Spain and the award-winning drama “Para – We Are King: Season 1“ (Germany, with subtitles) follows four young women on the mean streets of Berlin.

Kevin Costner is a football coach in an impoverished California desert town who builds a champion cross country team of Mexican-American students in the inspirational family drama “McFarland, USA“ (2015, PG).

“The Kids Tonight Show: Season 1“ (TV-G) features 12 and under hosts on the set of the iconic talk show.

The limited series “Nox“ (France, 2018, TV-MA, with subtitles) is a crime thriller that plunges bank robber and the police into the sewers and tunnels beneath Paris. Nathalie Baye, Maiwenn, and Malik Zidi star.

The 19-film “Home Invasion” collection spans from the American crime dramas “Blind Alley“ (1939) and “The Desperate Hours“ (1955) with Humphrey Bogart to transgressive European horrors “Them“ (France, 2006, not rated, with subtitles) and “Inside“ (France, 2007, not rated, with subtitles), with a rich variety in between including cult rarities “Private Property“ (1960) with Corey Allen and Warren Oates and Roman Polanski’s offbeat “Cul-de-sac“ (1966). Also new: