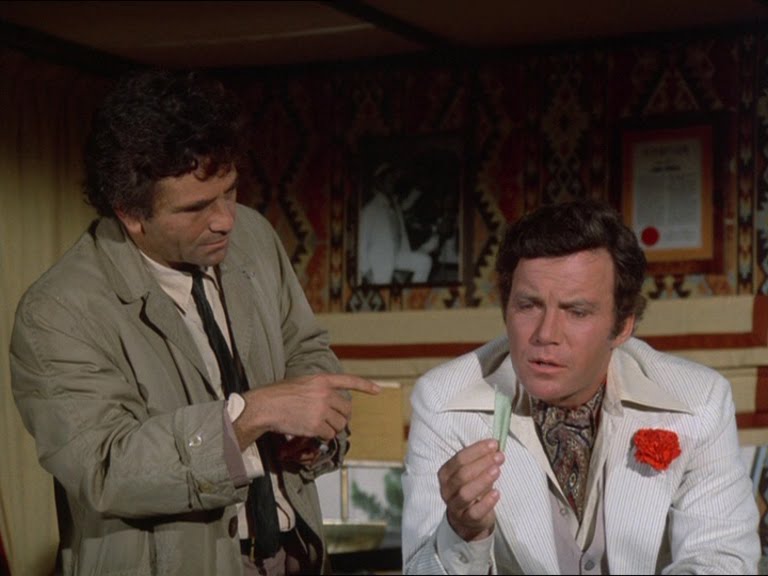 “Actually, there is one thing. Not that it makes much difference, but…” Peter Falk dons the overcoat as the most distinctive detective on TV: the cigar-chomping, eternally disheveled LA police detective, Lt. Columbo.

The character was actually created as supporting character in a Broadway play by Richard Levinson and William Link, where Thomas Mitchell played the role opposite murderer Joseph Cotten. Peter Falk started the transformation in the 1968 telefilm Prescription: Murder, which offered a rough draft of the character to come: loquacious and dogged, but not yet rumpled or cagey in his trademark form. That character emerged when the series began its rotation in the NBC Mystery Movie anthology series with Murder by the Book, directed by a young Steven Spielberg with a snap, a smooth assurance, and written by Steven Bochco. They gave the show a tension missing from the previous telefilms and helped create a fully formed Columbo. Falk turned the quirky police detective of the original film into a charming eccentric whose forgetful, fidgety, constantly questioning manner is his key tactic in keeping his suspect (Jack Cassidy in this episode) off balance.

That’s what the Netflix collection presents: the seven seasons and 43 episodes of the show’s run in the NBC Mystery Movie line-up. Unlike most mystery shows on TV, the meticulously-plotted and executed murder is played out in front of our eyes and the drama becomes a battle of wits between Columbo and his suspect as he tries to find the evidence to close the case. This unusual structure, along with the sharp scripts and Falk’s unforgettable incarnation of the quirky police detective, made this the most entertaining mystery series of its time.

And what collection of guest murderers! Jack Cassidy returned two play the guest killer matching wits with Columbo in two addition episodes and Falk’s buddies John Cassevetes, Ben Gazzara, and Patrick McGoohan cleared relished the opportunity to parry onscreen with Falk and even directed episodes of the show. The format gave a plum part to every killer and the show attracted the best: Anne Baxter, Robert Culp, Ruth Gordon, Martin Landau, Janet Leigh, Ross Martin, Leonard Nimoy, Donald Pleasence, William Shatner, and some unexpected choices too, like Johnny Cash and Dick Van Dyke. Falk won the Emmy award three times for playing Columbo in the 1970s incarnation, and once more when it was revived in the 1990s.

If you just want to pick a few highlights, let me recommend a couple:

Murder by the Book (Season 1, Episode 1) – Falk had played the role in two TV movies but the first regular episode of the rotating series is the show that launched the character as we know him and Jack Cassidy, who plays a mystery writer who murders his partner, is a great nemesis.

Blueprint for Murder (Season 1, Episode 7) Patrick O’Neal is a brilliant architect who kills to keep his project alive. Columbo doesn’t just need to get a confession, he needs to find the body before he can even prove it’s a murder.

Étude in Black (Season 2, Episode 1) Falk dances with John Cassavetes, a classical music conductor who murders his mistress, and the two old friends turn the battle of wits into a magnificent duet. Cassavetes also got involved in directing but didn’t take credit.

Swan Song (Season 3, Episode 7) Johnny Cash is a country western star who murders his wife in a plane crash and parachutes to safety.

By Dawn’s Early Light (Season 4, Episode 3) Patrick McGoohan made his first of four appearances opposite Falk as the commander of a military academy who kills the chairman of the board. McGoohan earned an Emmy for his performance.

Identity Crisis (Season 5, Episode 3) McGoohan not only stars but directs this episode about a CIA agent who kills a double agent. Of course you want the man who created The Prisoner to take the helm here.

Fade in to Murder (Season 6, Episode 1) William Shatner is perfect casting as an arrogant TV actor who murders the producer of his cop show and uses early home video technology as part of his alibi.

Try and Catch Me (Season 7, Episode 1) Ruth Gordon channels her kooky charm as the most sympathetic killer in the series.

The complete series is available in a box set on disc.
Columbo: The Complete Series [DVD] 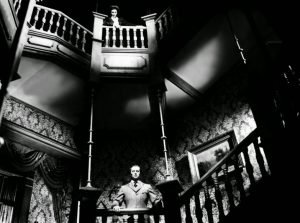