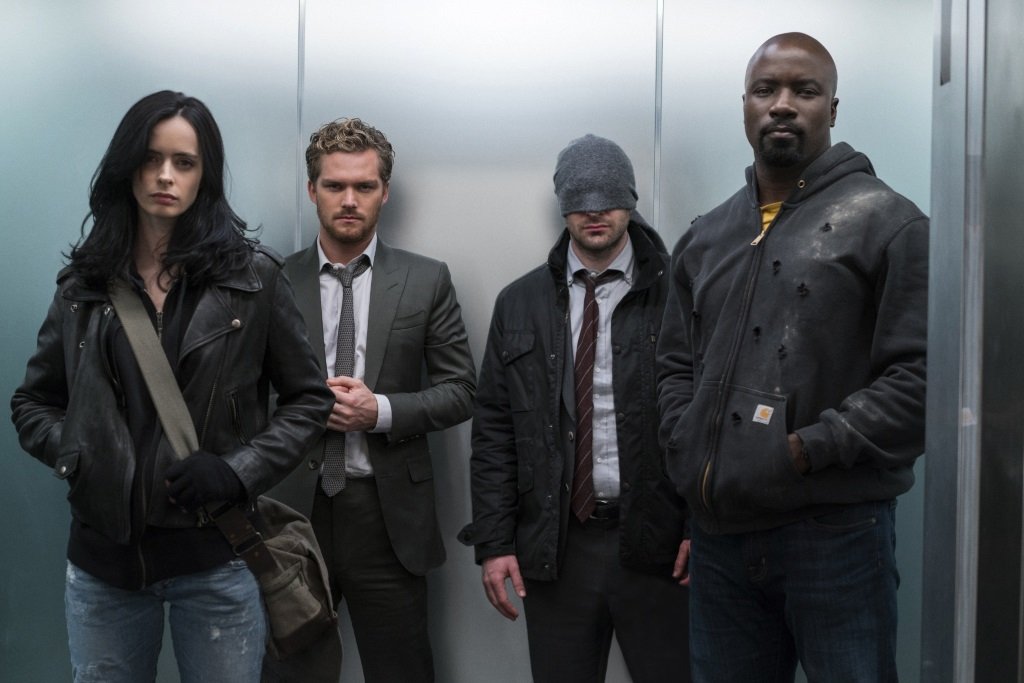 What’s the most anticipated superhero event of the summer? Netflix is hoping that it’s The Defenders, the series that brings together their four signature Marvel superhero shows—Daredevil, Jessica Jones, Luke Cage, and Iron Fist—together to create a New York-based team that battles crime on the streets. It debuts on Netflix in mid-August.

Other Netflix original series debuting in August include the family dramedy Atypical with Keir Gilchrist and Jennifer Jason Leigh, the comedy Disjointed with Kathy Bates as the matriarch of a family marijuana dispensary, and the summer camp sequel Wet Hot American Summer: Ten Years Later, a sequel to a prequel. Original movies include the science fiction thriller What Happened to Monday? with Noomi Rapace and Willem Dafoe and the horror film Death Note, based on the long running Japanese manga, and the documentary Icarus, about the Russian sports doping scandal.

New movies arriving in August include the animated musical comedy Sing, The Founder with Michael Keaton as McDonald’s entrepreneur Ray Croc, Gold with Matthew McConaughey, and Cloud Atlas with Tom Hanks and Halle Berry, and new TV shows include the first season of The Good Place and the dark fairy tale Once Upon a Time: Season 6.

Leaving Netflix in August are the complete runs of Revenge and The League and the animated superhero series Justice League, Justice League Unlimited, and Young Justice.

Among the movies leaving are the Oscar-nominated drama Two Days, One Night, comedies Dope and Superbad, kid-friendly comedies Babe and Babe: Pig in the City, and the Oscar-winning classic To Kill a Mockingbird with Gregory Peck.

Here’s the list of what’s arriving on Netflix in August, and what’s leaving.

August 2
The Founder
Jab We Met

August 10
Diary of an Exorcist – Zero

Leaving August 23
The Summer of Sangaile