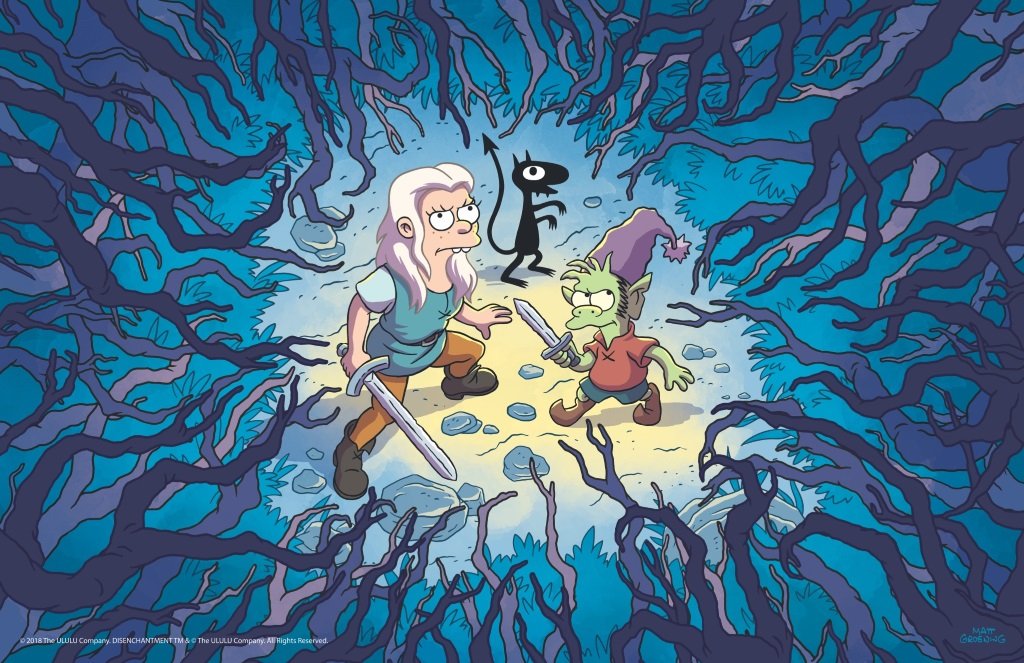 Netflix adds Matt Groening to its programming family in August with his new animated series Disenchanment, his irreverent take on fantasy adventures, and continues its run of original movies with the comedy Like Father with Kristen Bell and Kelsey Grammer,

British drama The Guernsey Literary and Potato Peel Pie Society with Lily James, and high school romantic comedy To All the Boys I’ve Loved Before.

Also coming in August are family sitcom All About the Washingtons with Joseph Simmons (aka Rev Run) and Justine Simmons, young adult superhero drama The Innocents from UK and The Ponysitter’s Club for teens and tweens, plus a new season of Ozark and a collection of new foreign language productions: historical drama Mr. Sunshine from South Korea and crime dramas Ultraviolet from Poland and Deadwind from Finland.

Of course, Netflix is still bringing in movies, including the hard-edged frontier western Hostiles with Christian Bale, and TV shows from the networks, including new seasons of The Good Place, The 100, and The Originals.

Here’s the list of what’s arriving on Netflix in August, and what’s leaving.

August 11
No Country for Old Men

August 29
Inequality for All

Leaving August 2
10 Rules for Sleeping Around

Leaving August 6
Welcome to Me