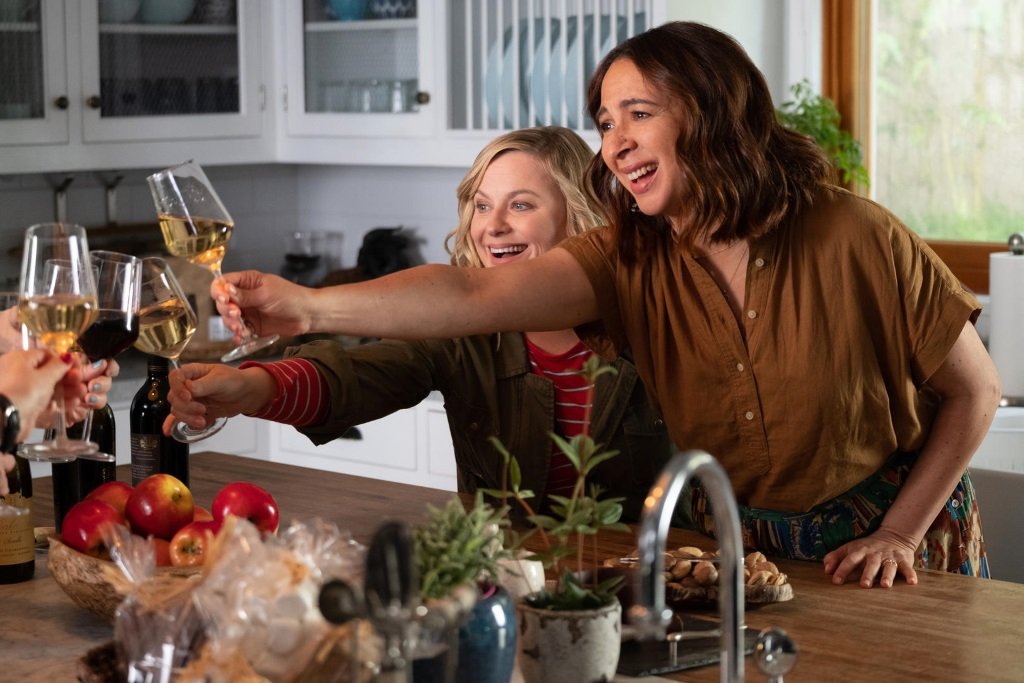 Amy Poehler directs and stars in Wine Country, Zac Efron is Ted Bundy in the thriller Extremely Wicked, Shockingly Evil and Vile with Lily Collins, and Allison Williams stars in the thriller The Perfection, just three of the original features debuting on Netflix in May.

Netflix launches a slate of new original shows, including the dark comedy Dead to Me with Christian Applegate and Linda Cardellini and the supernatural young adult drama The Society, and the documentary Knock Down the House on the new class of congresswomen, plus the nonfiction limited series 1994 (on the tumultuous year in Mexico) and Ava DuVernay’s When They See Us (on the failings of the US criminal justice system).

There are new seasons of She’s Gotta Have It and Lucifer (which Netflix picked up from Fox) and new episodes of Patriot Act with Hasan Minhaj. And as network seasons come to an end, Netflix presents the debut seasons of Pose from Fox and Charmed and Roswell, New Mexico from CW, and the latest seasons of Riverdale, Supernatural, The Flash, DC’s Legends of Tomorrow, and Arrow.

Theatrical movies coming to Netflix include the Oscar-winning Moonlight, Disney’s The Nutcracker and the Four Realms with Keira Knightley and Mackenzie Foy, Olympus Has Fallen with Gerard Butler, and horror hit Insidious, plus older titles such as Angels & Demons, Gosford Park, the Matrix trilogy, the original Hairspray, and the comedy Mr. Mom.

Among the titles leaving in May are the animated The Boss Baby, Southpaw with Jake Gyllenhaal, superhero film Watchmen, 8 Mile with Eminem, Steven Spielberg’s Jaws, and the Oscar-winning musical West Side Story.

Here’s the list of what’s arriving on Netflix in May, and what’s leaving.

May 2
Colony: Season 3
Olympus Has Fallen

May 7
The Heat: A Kitchen (R)evolution
Queen of the South: Season 3

May 9
Bathtubs Over Broadway
Insidious

May 18
The Blackcoat’s Daughter

May 28
Disney’s The Nutcracker and the Four Realms

Leaving May 1
8 Mile
The Birdcage
Chocolat
Cold Justice: Collection 3
Dances with Wolves
The Dirty Dozen
Disney High School Musical 3: Senior Year
Dr. No
The English Patient
Eternal Sunshine of the Spotless Mind
For Your Eyes Only
From Dusk Till Dawn
From Russia with Love
Godzilla
GoldenEye
Hostel
Jaws
Jaws 2
Jaws 3
Jaws: The Revenge
Licence to Kill
The Lovely Bones
The Notebook
On Her Majesty’s Secret Service
The Other Boleyn Girl
Sixteen Candles
Sliding Doors
Somm
Somm: Into the Bottle
Tomorrow Never Dies
Watchmen

Leaving May 11
Switched at Birth: Seasons 1-5

Leaving May 19
Bridge to Terabithia

Leaving May 22
The Boss Baby