Netflix comes into February with a whole new slate of original series, movies, and documentaries, and there are two in particular that I am excited about: the science fiction detective story Mute, the new film from Duncan Jones (Moon) starring Alexander Skarsgard and Paul Rudd, and the ambitious original series Altered Carbon, a science fiction thriller starring Joel Kinnaman based on the cyberpunk novel by Richard Morgan.

Other new films debuting exclusively on Netflix in February: the romantic comedy When We First Met with Alexandra Daddario and Robbie Amell, romantic drama Irreplaceable You with Gugu Mbatha-Raw and Michiel Huisman, live-action version of the steampunk manga FullMetal Alchemist feature from Japan, and the American release of Ildikó Enyedi’s Oscar-nominated On Body and Soul from Hungary. Also new are the documentaries How the Beatles Changed the World and Seeing Allred, a portrait of women’s rights attorney Gloria Allred.

New original series include the crime drama Seven Seconds with Regina King, high school comedy Everything Sucks, international cuisine show Ugly Delicious, and a reboot of the makeover program Queer Eye, plus the weekly series The Joel McHale Show with Joel McHale and the second episode of the monthly talk show My Next Guest Needs No Introduction With David Letterman.

Of course, Netflix still brings in a slate of other movies and TV shows. Among the older films circulating through the library are Steven Spielberg’s Lincoln with Daniel Day-Lewis, Kathryn Bigelow’s The Hurt Locker, Martin Scorsese’s GoodFellas, and all-star caper comedy Ocean’s Eleven and its two sequels. Oh yeah, there’s also the animated The Emoji Movie, which is on the short list of worst film of 2017.

Streaming TV includes the British series The Frankenstein Chronicles with Sean Bean, Z-Nation: Season 4, and the fifth and final season of Bates Motel.

Among the titles leaving Netflix in February are Tim Burton’s The Nightmare Before Christmas and Corpse Bride, Russian fantasy thrillers Night Watch and Day Watch, French drama Stranger by the Lake, documentaries Enron: The Smartest Guys in the Room and Freakonomics, and TV shows Burn Notice and Magic City.

Leaving February 16
Our Last Tango
Save the Date

Leaving February 21
Enron: The Smartest Guys in the Room

Leaving February 24
Jane Got a Gun 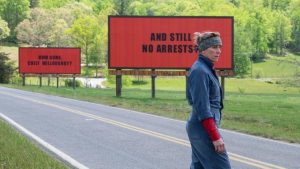 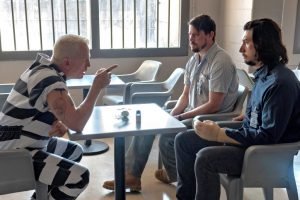 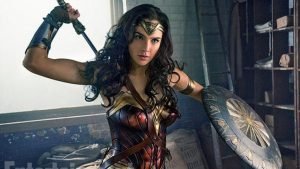 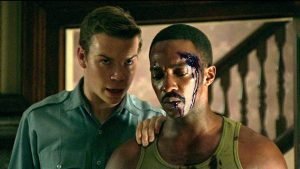