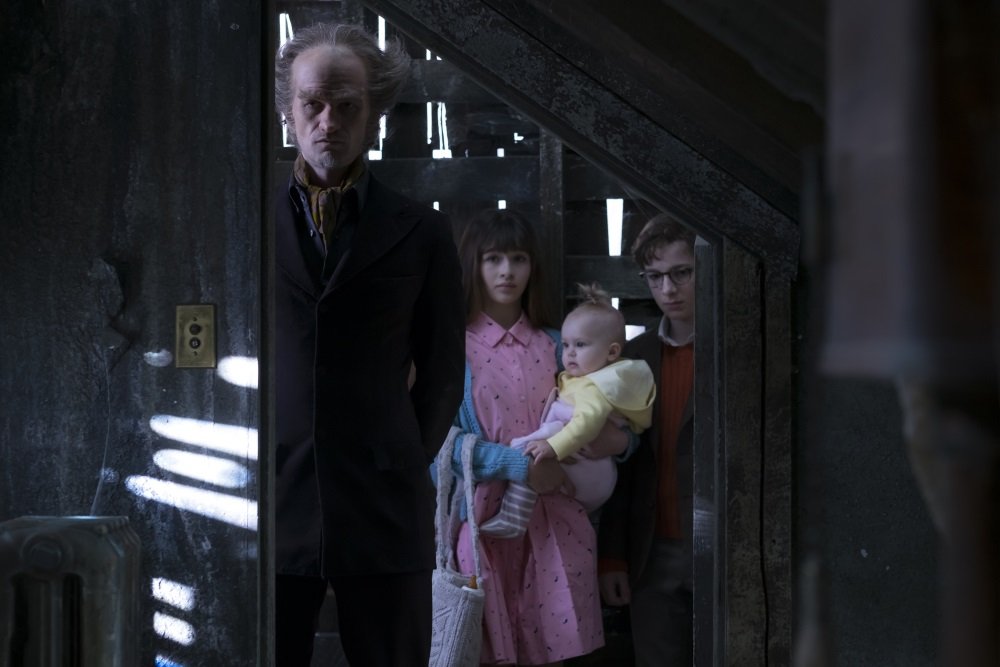 Lemony Snicket’s A Series of Unfortunate Events comes to the small screen as a Netflix original series starring Neil Patrick Harris as the despicable Count Olaf. The eight-episode first season debuts in the second week of January. Happy New Year!

It’s the most anticipated of the originals coming to Netflix in January. Also debuting in January is the revival of the Norman Lear sitcom One Day at a Time starring Justina Machado and Rita Moreno and the historical drama Frontier, set in the violent and dangerous world of the North American fur trade of the 18th century. There are new Netflix original movies, including the high school caper Coin Heist and the comedy Take the 10 with Andy Samberg, and there are new seasons of the Netflix original kid shows Degrassi: Next Class, Home: Adventures with Tip & Oh, and Voltron: Legendary Defender.

New movies arriving in January include the fantasy sequel Alice Through the Looking Glass with Johnny Depp and Mia Wasikowska, the horror films It Follows and Antibirth, the documentary Miss Sharon Jones! about the celebrated R&B singer, and the acclaimed Aquarius from Brazil with Sonia Braga.

Older films cycling through the catalog include Boogie Nights, The Shining, the Oscar-winning Braveheart, and the original (and still the best) Superman: The Movie with Christopher Reeve and its sequels, including the revival Superman Returns (2006) with Brandon Routh.

Among the films and TV shows leaving Netflix at the end of December are Steven Spielberg’s Oscar-winning Saving Private Ryan, the seventies high school flashback Dazed and Confused, the classic Breakfast at Tiffany’s with Audrey Hepburn, the franchise-launching The Fast and the Furious, and seven seasons of Columbo with Peter Falk.