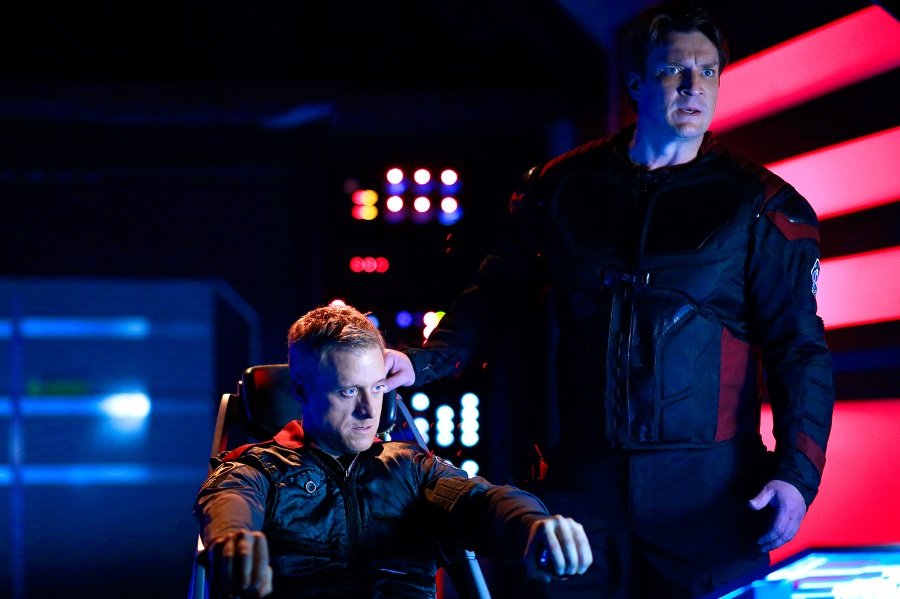 Alan Tudyk is the funniest performer that most people have never heard of. To many fans, he’s simply Wash from Joss Whedon’s beloved but short-lived TV series Firefly and the big screen continuation Serenity, but he’s also a busy voice actor and the funniest elements of many of movie and TV show: Death at a Funeral (2007), Tucker and Dale vs. Evil (2010), Transformers: Dark of the Moon (2011), and the sitcom Suburgatory (2011-2014). Why doesn’t this man have his own show?

He will this fall. Con Man is a web series he wrote, directed, and stars in as an actor from a cancelled cult TV show (which, not coincidentally, looks an awful lot like Firefly) trying to get his career on track. He premiered the trailer at Comic-Con this year and as you can see, it’s a very self-referential comedy. Nathan Fillion plays the star of the old science fiction show whose career has taken off and other Firefly colleagues, including Gina Torres and creator Joss Whedon himself, make appearances.

He’s definitely playing to his crowd.

The show premieres on Vimeo by subscription in September. See the trailer below and see if it’s for you.