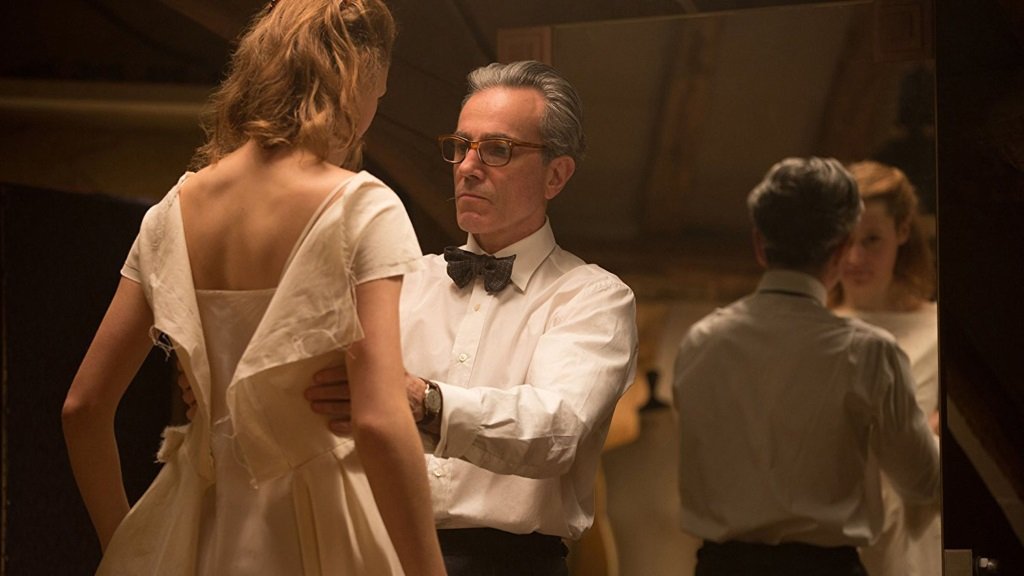 Two of the most acclaimed movies of 2017 come to cable and video on demand in April: Paul Thomas Anderson’s Phantom Thread starring Daniel Day-Lewis in what he has proclaimed will be his final film performance, and Steven Spielberg’s true-life newspaper drama The Post starring Meryl Streep and Tom Hanks. Both films earned a handful of Academy Award nominations.

Also arriving in April are a quartet of films based on (or at least inspired by) true stories: the colorful sleeper hit musical The Greatest Showman starring Hugh Jackman as P.T. Barnum, All the Money in the World with Christopher Plummer as J. Paul Getty, Molly’s Game with Jessica Chastain as Molly Bloom, and Film Stars Don’t Die In Liverpool with Annette Bening as Hollywood actress Gloria Graham.

Other highlights for the month include the family comedy Paddington 2 with the beloved, marmalade-loving bear, action thriller The Commuter with Liam Neeson, western Hostiles with Christian Bale, and German thriller In the Fade, which earned actress Diane Kruger the top acting award at the Cannes Film Festival.

Here are the notable arrivals coming to VOD in April

April 3
Insidious: The Last Key
All at Once
Axis
Father Figures
Hondros

April 10
All the Money in the World
The Greatest Showman
Molly’s Game
Phantom Thread
Proud Mary
Along With the Gods: The Two Worlds
Jasper Jones
Tad the Lost Explorer and the Secret of King Midas