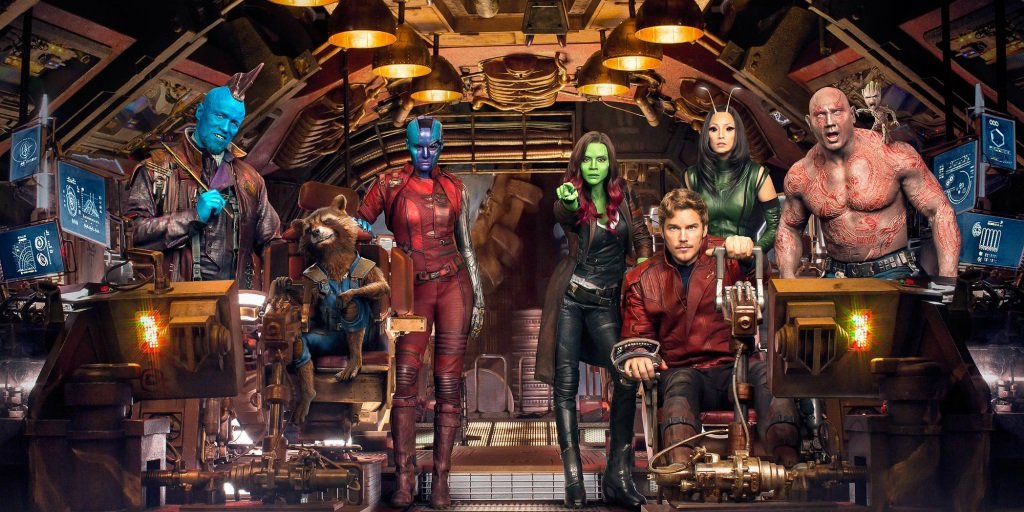 I am Groot! Peter Quill, Gamora, Drax, Rocket, and Baby Groot are back in Guardians of the Galaxy Vol. 2, a journey to the center of the universe that adds Mantis to the team and features guest stars Kurt Russell and Sylvester Stallone. It leads off the new films coming to cable and streaming video-on-demand in August, along with Ridley Scott’s much darker galactic odyssey Alien: Covenant and Guy Ritchie’s medieval myth-meets-monster monster epic King Arthur: Legend of the Sword with Charlie Hunnam as the man who would be King Arthur.

Also coming in August are the comedies Snatched with Amy Schumer and Goldie Hawn and Baywatch, a spoof of the old TV series, with Dwayne Johnson and Zac Efron, and the senior citizen heist comedy Going in Style with Morgan Freeman, Michael Caine, and Alan Arkin. On a somewhat smaller scale is the oddball monster movie Colossal with Anne Hathaway, and for the younger crowd comes Diary of a Wimpy Kid: The Long Haul.

Arriving from the arthouse and independent circuit are the Gothic romance My Cousin Rachel with Rachel Weisz, the romantic comedy The Lovers with Debra Winger and Tracy Letts, and the historical dramas Cezanne et Moi from France and Afterimage from Poland.

Here are the notable arrivals coming to VOD in August

August 15
Alien: Covenant
The Case for Christ
Chuck
Everything, Everything
Fanny’s Journey
How to be a Latin Lover
The Wall

August 22
Guardians of the Galaxy Vol. 2