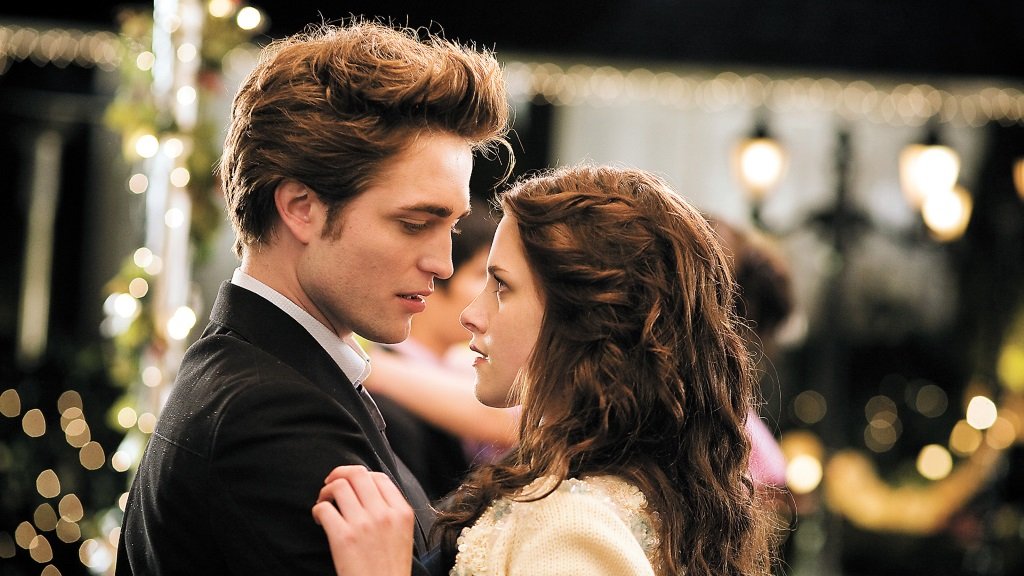 If you prefer your vampires young and sparkly, you can now stream the entire Twilight saga, starring Kristen Stewart as teenage human Bella Swan and Robert Pattinson as the ageless, undead Edward Cullen, on Amazon Prime Video, from the original Twilight (2008, PG-13), shot in Oregon and Washington State, through The Twilight Saga: New Moon (2009, PG-13) and The Twilight Saga: Eclipse (2010, PG-13) to The Twilight Saga: Breaking Dawn – Part 1 (2011, PG-13) and Part 2 (2013, PG-13), with a choice of theatrical versions or extended editions for most films.

The Sinner, starring Jessica Biel and Bill Pullman, was a sleeper summer surprise for the USA network. Based on the novel by Petra Hammesfahr, this compelling eight-episode limited series is a murder mystery by way of a psychological drama. Originally a self-contained mini-series, it was such a success that a second season is coming to cable on August. Netflix is now streaming the first season.

Shia LaBeouf is perfectly cast as brash American tennis player John McEnroe in Borg vs McEnroe (2017, R), a drama about the rivalry between the two young phenoms and their legendary 1980 Wimbleton match: the American volcano versus the Swedish iceberg (Sverrir Gudnason as Bjorn Borg). Streaming on Hulu.

Beirut (2018, R), a grown-up thriller about a political kidnapping in the violence of the undeclared warzone of 1982 Beirut, gives Jon Hamm a terrific role as a disillusioned diplomat pulled back in to service to save the life of a friend. Rosamund Pike, Mark Pellegrino, Dean Norris, and Shea Whigham co-star. Cable On Demand and VOD, plus DVD and Redbox.

Blockers (2018, R), a spin on the teen sex comedy with Leslie Mann, Ike Barinholtz, and John Cena as parents determined to keep their teenage daughters from losing their virginity on prom night, was a surprise hit. Also on DVD and at Redbox.

Also new: 7 Days in Entebbe (2018, PG-13), a thriller about the 1976 hijacking and rescue mission starring Rosamund Pike and Daniel Brühl;

Available same day as select theaters nationwide is Bleeding Steel (2017, Hong Kong, R, with subtitles), with Jackie Chan as a police inspector on the trail of a technologically-enhanced madman.

New seasons of Jerry Seinfeld’s Comedians in Cars Getting Coffee and the Canadian family drama Anne with an E are now streaming.

Josh Brolin and Danny McBride star in The Legacy of a Whitetail Deer Hunter (2018, not rated), a comedy about a father-son bonding weekend that premiered at the SXSW Film Festival.

The new month brings a new batch of movies. Here are some of the highlights in the new arrivals:

Family friendly picks include The Princess Diaries (2001, G) with Anne Hathaway as an American teenager who discovers she is heir to the throne of a small European country;

Stand-up: Bo Burnham: what. and the young comedians showcase The Comedy Lineup.

Oscar-nominated foreign language drama The Insult (Lebanon, 2017, R, with subtitles) uses the escalating legal battle between a Lebanese Christian and a Palestinian refugee in Beirut as a metaphor for simmering conflicts in the Middle East.

Joan Plowright is a widow who finds a powerful friendship with an aspiring writer and street busker (Rupert Friend), in the delightful, low-key British drama Mrs. Palfrey at the Claremont (2005, not rated).

Classics: Audrey Hepburn is Holly Golightly in Breakfast at Tiffany’s (1961), which won two Oscars for composer Henry Mancini, and The Graduate (1967, PG) made a star of Dustin Hoffman and earned director Mike Nichols an Oscar.

True stories: Al Gore returns in An Inconvenient Sequel: Truth to Power (2017, PG), which looks at how we’ve responded to the climate change crisis in the past decade and what we challenges we face ahead.

Christopher Reeve is an ambitious journalist who fakes a source in Street Smart (1986, R), a drama that earned Morgan Freeman an Oscar nomination and a career reboot for his supporting performance as a charming but ruthless pimp (Prime Video and Hulu).

Katharine McPhee is The Lost Wife of Robert Durst (2017, TV-14) in the TV movie made for the Lifetime network.

Before Midnight (2013, R) reunites filmmaker Richard Linklater with actors / co-screenwriters Ethan Hawke and Julie Delpy for the third film in their chronicle of a relationship over the decades. Also new:

Foreign affairs: The Treasure (Romania, 2016, not rated, with subtitles), a comedy about two men on a desperate search for a rumored buried fortune, is from the award-winning director of “Police, Adjective.”

True stories: Closing Gambit: 1978 Korchnoi versus Karpov and the Kremlin (2018, not rated) chronicles the battle—personal and political—between the loyal Soviet champion and the outspoken Soviet defector for the World Chess Championship.

More streaming TV: Hulu has M*A*S*H: The Complete Series: all 11 seasons and 256 episodes of the acclaimed comedy with Alan Alda and Loretta Swit. Also new:

IT (2017, R), based on the Stephen King novel about adolescent best friends battling a demonic clown, was the sleeper horror hit of 2017.

Arriving Saturday night is Justice League (2017, PG-13) with Ben Affleck and Gal Gadot as Batman and Wonder Woman, the veteran heroes who join forces with The Flash, Aquaman, and Cyborg to save the world after the death of Superman.

James Cagney is FilmStruck’s Star of Week and there are over 20 movies with the Hollywood legend, from gangster classic The Public Enemy (1931) to musical biopic Love Me or Leave Me (1955) with Doris Day. Other highlights include musicals Footlight Parade (1933) and Yankee Doodle Dandy (1942), which showcase the actor’s song-and-dance origins, and explosive crime classic White Heat (1949).

FilmStruck presents “Director of the Century: Ingmar Bergman” with 31 features directed by Bergman, from his directorial debut Crisis (Sweden, 1946) to his Oscar-winning Fanny and Alexander (Sweden, 1982). The collection includes Summer Interlude (Sweden, 1951) and Summer with Monika (Sweden, 1953), allegorical classic The Seventh Seal (Sweden, 1957), ruminative road movie Wild Strawberries (Sweden, 1957), and intense psychodrama Persona (Sweden, 1966), plus longer TV versions of Scenes from a Marriage (1973) and Fanny and Alexander and three documentaries on the filmmaker. All films with subtitles and are streaming for a month only, so start your exploring now.

Also new: “Directors of the Week: Alexander and Zoltan Korda” with 17 features directed by the filmmaking brothers, and “The Mysteries of Sicily,” with seven Italian movies set in the southern region of Italy.