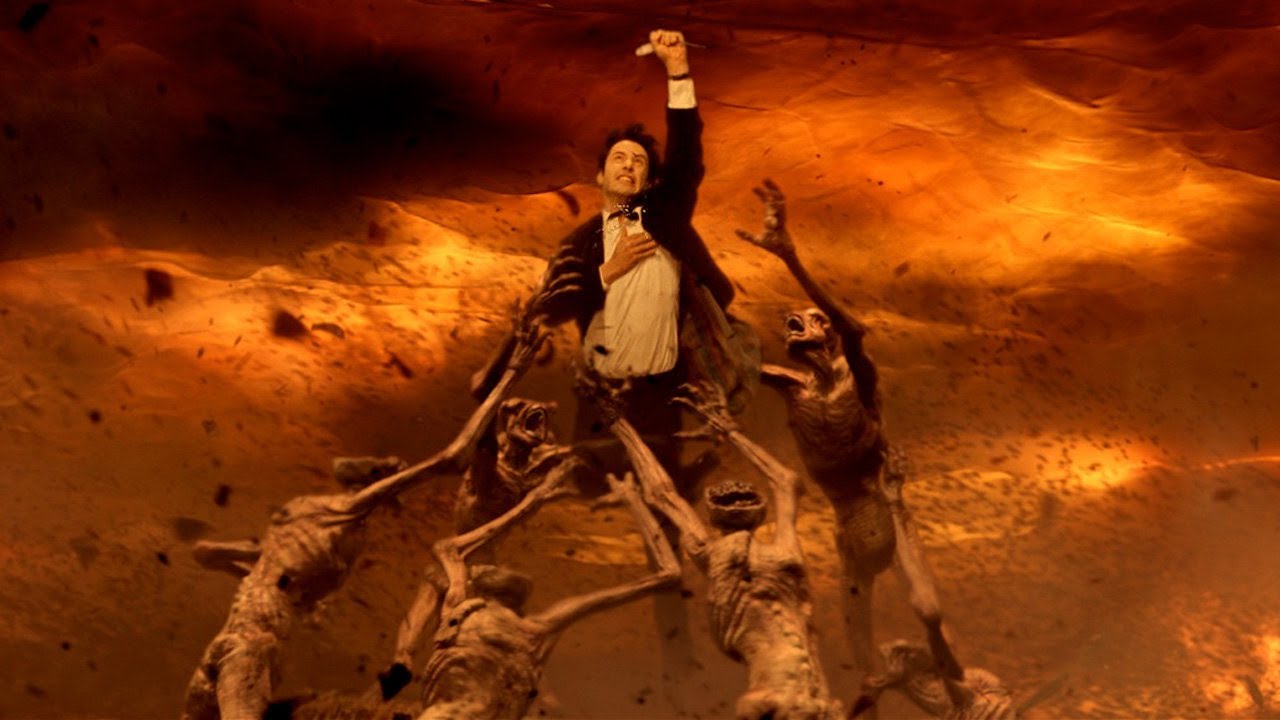 As fans of the cult comic book Hellblazer will tell you, Keanu Reeves doesn’t look or act much like comic book anti-hero John Constantine in Constantine (2005), the big screen version of the story of the streetwise supernatural hustler. He does, however, cut a memorable figure with his lockjaw resolve and iconic wardrobe, playing the cynical, chain-smoking demon hunter as God’s tarnished holy warrior, doomed to Hell for a past sin and desperately trying to win his way into God’s favor.

The plot is the usual apocalyptic stuff—prophecies, Armageddon, a demonic conspiracy to unleash Hell on Earth—but the world of Constantine is an intriguing collision of the Old Testament and H.P. Lovecraft. Rachel Weisz is miscast as a hard-boiled homicide cop but is brings a powerful intensity to her torment when she’s haunted by visions of hell and Reeves gets solid support from Tilda Swinton as a scheming Angel Gabriel (all androgynous beauty and sly smiles) and Peter Stormare (showboating with demented delight) as Satan.

Francis Lawrence, a former video music director who made his feature debut with this film, favors image over narrative and keeps the story on track through the inconsistencies and fudged details. Days are seared by burning sunlight, nights swallow the world and bring out the demons, and Hell is an Earth burning in the nuclear fires of Armageddon. In such a world, Keanu’s doomed Constantine makes for an interesting figure: a man who has knowledge but lacks faith. Shia LaBeouf and Djimon Hounsou costar.

The character was revived for a short-lived TV series starring Matt Ryan in the role of Constantine and he indeed matched the comic book incarnation down to the bleached hair and British accent, though the show never got past its initial run (he did, however, revive the character on Arrow and Legends of Tomorrow). And filmmaker Francis Lawrence went on to helm the last three Hunger Games movies.