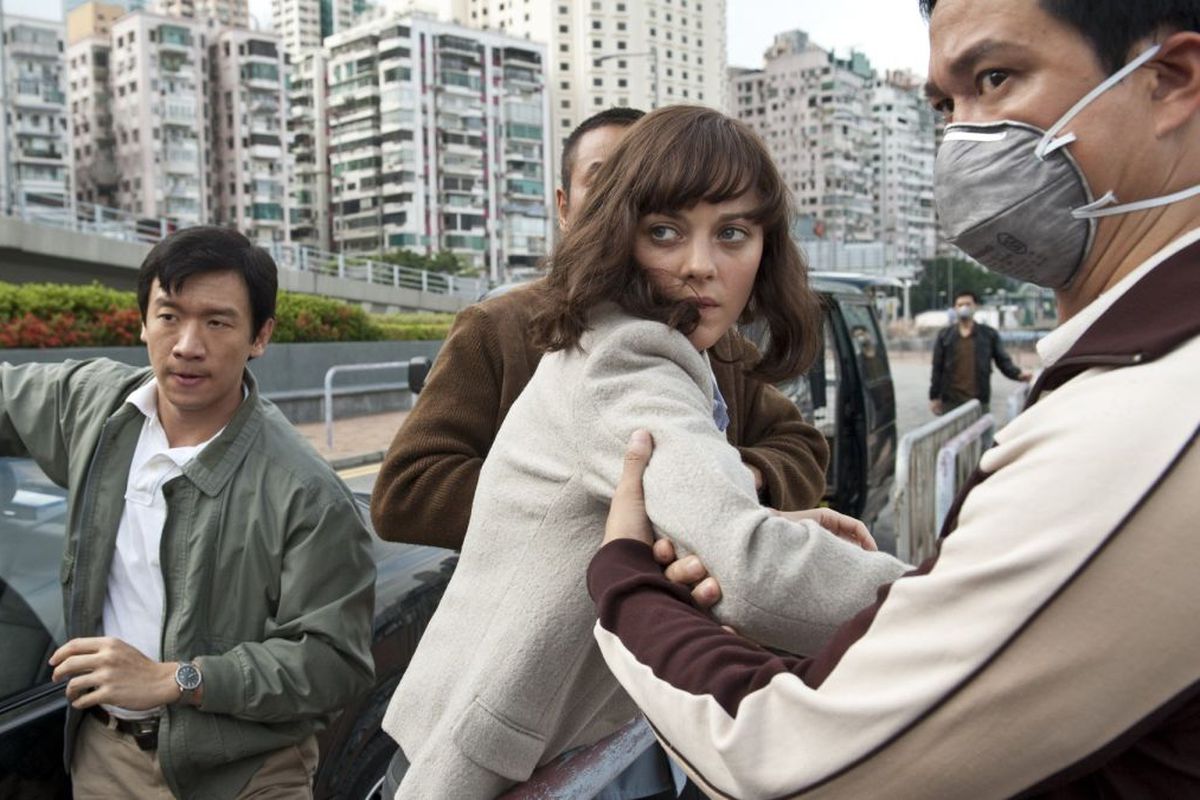 It’s hard to believe that Steven Soderbergh made Contagion (2011) almost a decade before Covid changed the way we live.

The original screenplay by Scott Z. Burns imagines a SARS-like virus escaping Asia and becoming a global pandemic and Soderbergh (again serving as his own cinematographer) uses his camera lens as a kind of microscope to study the effects. It’s as much social anthropology as medical thriller, with familiar faces playing out the roles of victims, medical professionals and bystanders, and Soderbergh holding it all at arm’s length, clinical and removed as he observes with a mix of technical detail and swift efficiency. He covers a lot of objective information and subjective experience in 106 minutes.

While Soderbergh favors clinical detachment to human engagement, he has the good sense to offer Matt Damon as our everyman point-of-view, a husband and father who loses his wife and one of his children in the first bloom of the contagion and becomes what would in other circumstances appear zealously overprotective of his surviving daughter.

The rest of the fine cast—notably Laurence Fishburne, Kate Winslet, Marion Cotillard, Jennifer Ehle, even Jude Law’s maverick blogger (with questionable motives)—are more defined by their purposefulness and focus. Damon is as close as we get to the human equation and that gives the film a queasy atmosphere so removed from the melodrama and spectacle of the traditional disaster movie. We don’t feel like we “know” these characters and as a result we are more focused on the big picture—the isolation of the virus, the search for a cure / vaccine, the survival of society—than the survival of individuals.

Looking back at the film after experiencing the real (though not as lethal) thing in Covid, it is astounding at how much Soderbergh accurately predicted, from the source of the contagion to the spread of misinformation for personal gain to mix of personal responses to the pandemic and the measures to combat it, from suspicion to panic.

Also on Blu-ray and DVD and on SVOD through Amazon Video, iTunes, GooglePlay, Vudu and/or other services. Availability may vary by service.
Contagion [Blu-ray]
Contagion [DVD]

The DVD comes with the two-minute featurette “Contagion: How a Virus Changes the World,” a bouncy, witty little animated primer on viral infection and pandemics. The Blu-ray adds the featurettes “False Comfort Zones: The Reality of Contagion,” which takes a more serious approach to the idea of contagion, and “The Contagion Detectives,” which talks about the real-life CDC and WHO workers.