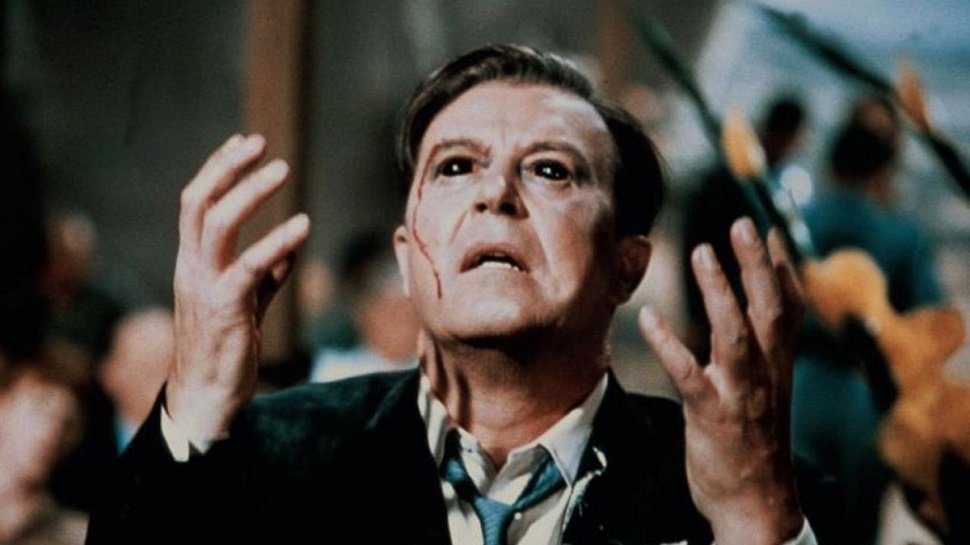 Roger Corman and Ray Milland followed up their first collaboration, the Edgar Allan Poe adaptation The Premature Burial, with X: The Man with the X-Ray Eyes (1963), a science fiction thriller by way of a Greek tragedy.

Milland is Dr. James Xavier, who experiments with a formula that will the human eye to see beyond the wavelength of visible light. “Only the Gods see everything,” cautions a fellow scientist. “I am closing in on the Gods,” responds Xavier with the hubris that is doomed to destroy his over-reaching ambition. Peeping through the clothes of comely women is all good adolescent fun until the gift becomes a nightmare as his sight rages out of control.

Charles Beaumont (one of the Rod Serling’s best guest writers on The Twilight Zone) scripts this twist on the tale of a scientist who risks everything to explore the unknown and is finally driven mad by, literally, seeing too much. The possibilities suggested in the hints of addiction and inconsistent bouts of megalomania remain tantalizingly unexplored in the unfocussed script and Corman’s cut-rate special effects are often more hokey than haunting (the “city dissolved in an acid of light” he poetically describes becomes fuzzy photography through a series of color filters). But there is a wicked edge to the B-movie machinations.

Don Rickles offers a venal turn as a scheming carnival barker turned blackmailing con man and Diane Van Der Vlis is understanding as a sympathetic scientist who tries to rescue Xavier from his spiral into tortured madness, but in the tradition of Greek tragedy he is doomed to be destroyed by the very gifts he desires.

, iTunes, GooglePlay and/or other services. Availability may vary by service.
X: The Man with the X-Ray Eyes [Blu-ray]