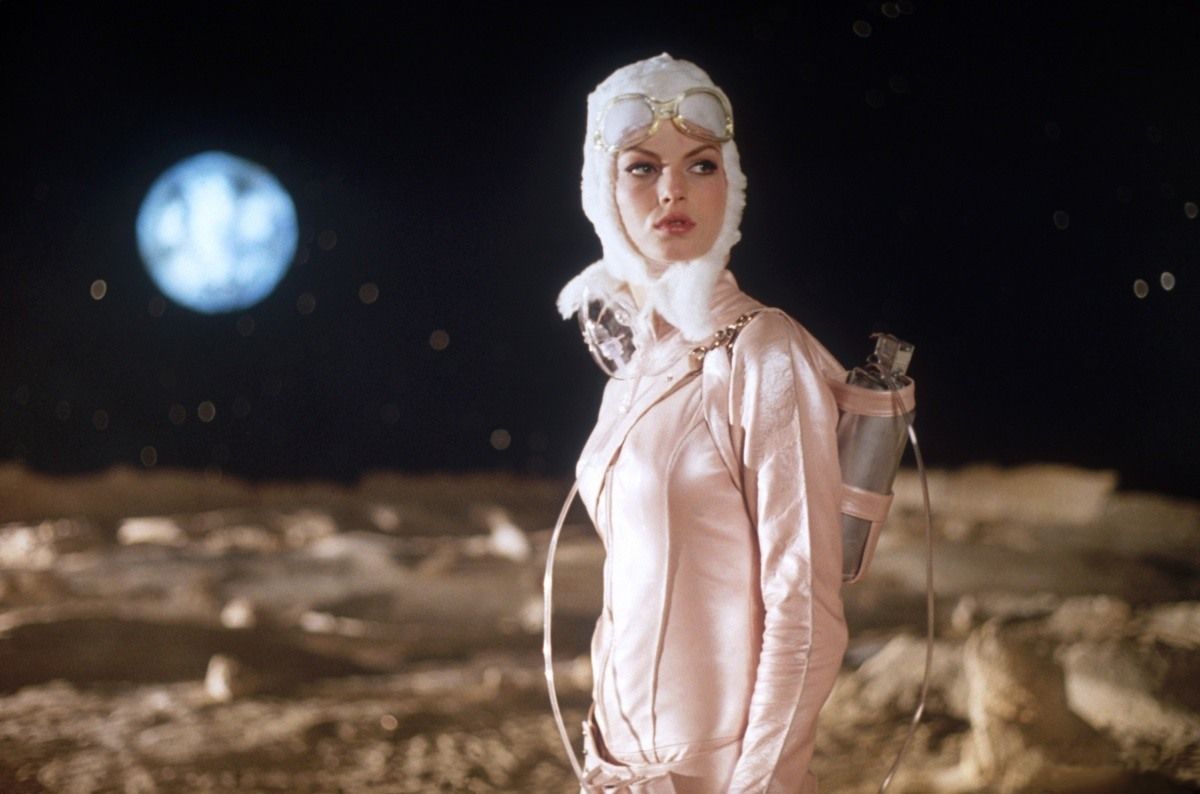 There’s a real love of 1960s movie lore in CQ (2002), the feature film debut of Roman Coppola (son of Francis Ford, brother of Sofia, creative assistant to both).

Jeremy Davies is the American in Paris hero, an aspiring director in the funky days of 1969. By days he edits a pop-art sci-fi spy adventure (equal parts Barbarella, Modesty Blaise, and Danger: Diabolique) while at home he obsessively films his own life in cinematic journal entries, using the camera to avoid intimacy with his stewardess girlfriend (Elodie Bouchez) while his fantasies wander to the spy movie’s luscious leading lady (Angela Lindvall). Giancarlo Giannini plays the Italian producer as a high-living Dino De Laurentiis, and Gerard Depardieu is his mentor, the obsessive director whose increasingly erratic behavior gets him fired and Davies promoted to the director’s chair.

It’s a portrait of a man so busy filming his life he forgets to live. Think of it as an American 8 1/2 with echoes of Day For Night and stirred through with French New Wave, Italian cool, and British mod. If the film is slight, the details are right, from the opulent and outrageous sets to the meticulously retro special effects (a salute to the beauty and grace of the effects that Roman Coppola created for his father’s Dracula) to the groovy music by Mellow.

Features commentary by writer/director Roman Coppola and cinematographer Robert Yeoman and a mad collection way groovy supplements. “CQ: A Cinematic Odyssey” is a “making of” production done is a dead-on style of a 1960s production featurette, right down to the handheld 16mm shooting and voice over interviews while “Chronique D’un Cineaste” is Roman Coppola’s shot-on-video visual diary of his experiences on the shoot. “Codename: Dragonfly” features two cuts of the film within a film–a short 9 minute unfinished version as directed by “Andrjez” (and lots of missing scenes) and a longer 15 minute version of the film as directed by “Paul,” complete with his new ending–as well as the “original trailer” (as seen in the film) and the fun 7 minute featurette “The Making of a 60s Sci-Fi Film” (watch John Philip Law do his “Diabolique” look, and then grade Billy Zane on his attempt to recreate those unmistakable eyes in his tribute). Also features “CQ Cinematography” (narrated by cinematographer Robert Yeoman), “Actors Acting” (interviews with the cast), “Music and Sound” (just what is sounds like),), four “personal documentaries” “Ellie: On the Set of CQ” by Eleanor Coppola, the subject’s mom and family chronicler; “Sofia: The Sofia Coppola Documentary” – thanks, sis!; “Matthieu: The Making of CQ, ” a rather elliptical and abstract piece by actor Matthieu Tonetti; and “Xavier & Sebastien: Je Vous Present Angela” about newcomer Angela Lindvall), a seven minute concert clips of the band Mellow performing soundtrack selections, a stills gallery, Easter Eggs, and the trailer.