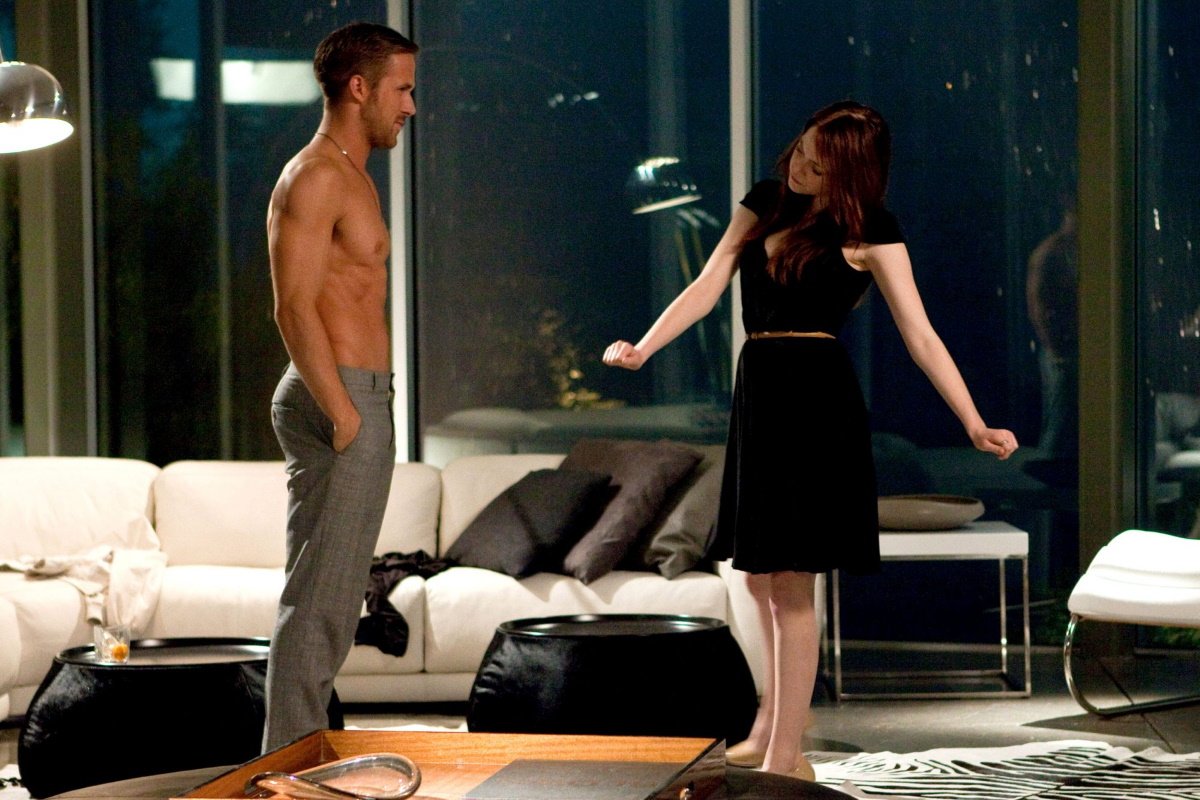 I don’t want to oversell Crazy, Stupid, Love. (2011), but this film about love and family (written by Dan Fogelman years before he created This Is Us) is a genuine romantic comedy for grown-ups.

Steve Carell, playing the kind of easy-going, regular guy he’s rarely called upon for, stars as a complacent husband and father blindsided when his wife (Julianne Moore) asks for a divorce. He’s not selfish or insensitive but he’s missed the signs of her unhappiness and is left dangling when his world is yanked from under him. Ryan Gosling is the playboy king of the nightclub scene who, out of pity or largess or simply because he likes a challenge, mentors Carrell in the art of picking up women. There are of course lessons learned all around, and in that great Hollywood tradition the guys come to it after sating themselves on empty, meaningless sexual excess.

For all the humor, this is a film that respects its fumbling boys, young and old alike. The biggest weakness of the film, directed by Glenn Ficara and John Requa, is that it fails to address the feelings and anxieties and frustrations of the women also fumbling through relationships. Moore is given little more than a sketch of a part and Emma Stone has even less definition, and it’s to their credit that they create so much from so little.

But I appreciate the portrait of male friendship and paternal anxiety and the reverberations of separation on the kids, all of it presented with both seriousness and humor.

The DVD features deleted scenes and the Blu-ray adds a pair of interview featurettes (“Steve and Ryan Walk Into A Bar” with Steve Carell and Ryan Gosling and “The Player Meets His Match” with Ryan Gosling and Emma Stone), plus a bonus DVD.