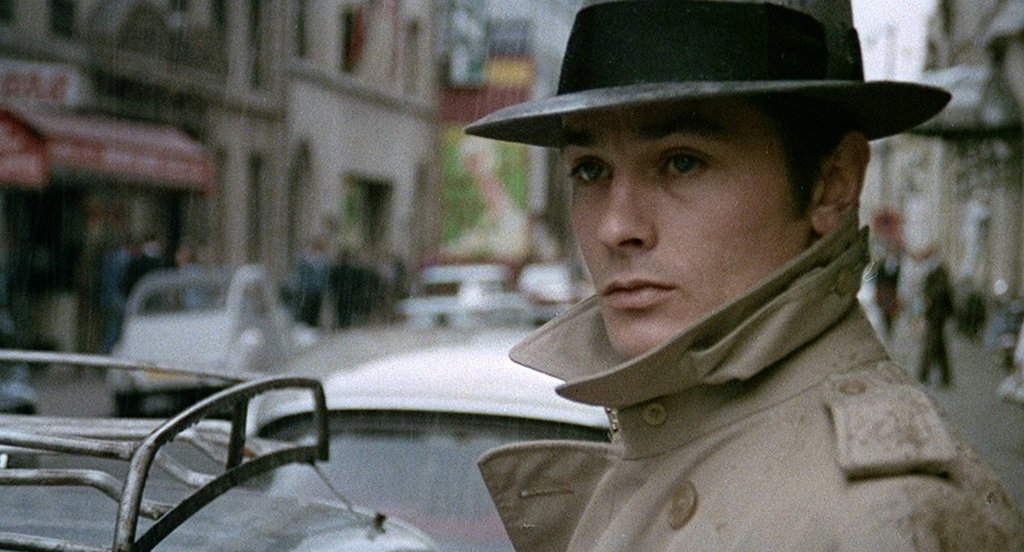 A wicked satire of power and (social) politics set in the overheated incubator of a high school student body election, Election (1999) is as sharp and perceptive now as it was in 1999.

The confident second feature from director Alexander Payne and his screenwriting partner, Jim Taylor (coming off the critical success of the indie satire Citizen Ruth) stars Matthew Broderick as the passionately dedicated and somewhat condescending civics teacher Jim McAllister, whose extra-curricular involvement helps compensate for a passionless marriage, and Reese Witherspoon as Tracy Flick, the chirpy, aggressively active over-achiever who sees winning as merely an act of will, and she’s the most willful student in school.

It sets itself up as a battle of wills between the not-so-benevolent teacher, who drafts a sweetly oblivious and genuinely generous jock (Chris Klein in the performance of his career) to give Tracy competition, and the ruthlessly ambitious super-student who sees student government office as her due. But Payne and Taylor are equal opportunity satirists and their sly wit dismantles everything from high school culture to suburban complacency.

There’s a savage wit to the bad behavior motivated by unchecked ambition, emotional need and simple human nature, and each of the characters is given room to justify their actions in self-serving monologues that reveal far more about the individual characters than the events they report. But even at their most extreme, these specimens of human frailty are awfully human and for all the satirical edges, Payne shows an affection for and understanding of all of his major characters.

It earned Payne and Taylor an Academy Award nomination (for Best Adapted Screenplay) and won three Independent Spirit Awards (including Best Feature and Best Director) and numerous awards from critics groups around the country. And it marked the arrival of Payne as a filmmaker who could maintain an independent, unconventional vision with complex characters and sophisticated wit within the Hollywood system.

Criterion presents a new 4K digital transfer, supervised and approved by cowriter-director Alexander Payne, with 5.1 surround DTS-HD Master Audio soundtrack on the Blu-ray. All editions feature new interviews with Payne and star Reese Witherspoon, a 2016 documentary produced for TruInside featuring on-set footage and interviews with cast and crew, Omaha local-news reports on the film’s production, and Payne’s 1990 UCLA thesis film The Passion of Martin, plus commentary by Payne originally recorded for the 1999 DVD release and a booklet with an essay by film critic Dana Stevens.

With Twin Peaks: Fire Walks With Me (1992), David Lynch confounded and polarized fans of his short-lived TV series Twin Peaks, a show that premiered to huge audiences and exploded all assumptions of what you could do on network television, and then sank into cliché when Lynch left the helm to others as he shifted his attention back to movies. With the series cancelled by ABC, Lynch deviously left fans with a demonic twist and a nightmarish cliffhanger. They all expected Twin Peaks: Fire Walk With Me to bring closure to his odyssey. Instead, he crafted a prequel that offered more questions than answers and confirmed Laura Palmer (Sheryl Lee) as the most tragic figure in the David Lynch universe.

The film opens with an unrelated FBI investigation of another murder in rural Washington, with Chris Isaak’s character going missing in a trailer park (run by Harry Dean Stanton’s Carl Rodd, who returns managing a different trailer park in the revival series), and the section features an eerie appearance by David Bowie, before jumping ahead a year for the story proper.

Tracing the last seven days in the life of Laura Palmer, we follow her downward spiral into drugs and sex and danger and confront the transgressive acts of violence committed by her father (Ray Wise), who hides guilt, denial, and true horror behind a smiling sitcom smile. Almost the entire cast re-appears (often for only a scene or two), though Sherilyn Fenn is nowhere to be scene (Audrey is sorely missed) and Lara Flynn Boyle is replaced by a game Moira Kelly.

Sheryl Lee is amazing in this film, a teenage girl in torment, turning to drugs and sex to escape the horrors of Bob, who she discovers is actually her father in a scene that is still shocking thanks to Lynch’s trademark mix of the mundane and extreme, uncontrollable, raw emotion. Lynch leaves the specter of Bob an ambiguous spirit: is he an evil demon possessing her father, or simply the mind’s method of dealing with the horror of incest? Though a disappointment to many upon release, this looks better with the passing of time and the easing of expectations, and it looks forward to the more finely wrought nightmares and mind-warps of Lost Highway and Mulholland Dr..

The film has been newly remastered in 4K in a digital transfer supervised by director David Lynch with a 7.1 surround DTS-HD Master Audio soundtrack (supervised by Lynch) and an alternate original 2.0 surround soundtrack presented in DTS-HD Master Audio on the Blu-ray. All editions feature new interviews with actress Sheryl Lee and composer Angelo Badalamenti and interviews with actors Lee, Ray Wise, and Grace Zabriskie conducted by David Lynch in 2014, plus The Missing Pieces, a ninety-minute featurette created from deleted scenes and outtakes from Fire Walk With Me. It plays like an alternate universe version of the film, or perhaps more accurately an alternative story in the margins of the film, and it was originally produced for the 2014 Twin Peaks: Definitive Gold Box Edition DVD. The accompanying booklet features a print interview with Lynch from the 2005 edition of filmmaker and writer Chris Rodley’s book “Lynch on Lynch.”

Alain Delon is a hit man in the post film noir world of Paris in Jean-Pierre Melville’s 1967 French crime masterpiece. Delon’s cool, self-assured Jeff Costello is a professional’s professional, an assassin with a meticulous method and an inflexible code, but on his latest contract he lets a witness live, a charming jazz pianist Valerie (Cathy Rosier) who neglects to identify him in the police line-up. As he investigates the enigma the pianist, his employers put out a contract on him in lieu of payment and he plots one last job while both the cops and the criminals close in on him.

Melville meticulously details every move by Costello and the police in fascinating wordless sequences, from Costello’s preparations for his first hit to the cops’ exhaustive efforts to tail Jeff as he lines up his last, and his measured pace creates an otherworldly ambiance, an uneasy calm on the verge of shattering. He rethinks the film noir in modern terms, dropping iconic gangster conventions into an austere world that turns Paris into an insular universe where reality is subservient to the romance of the movies, and creating an existential crime drama with soft, somber color and sleek images courtesy cinematographer extraordinaire Henri Decae.

It inspired two pseudo remakes, Walter Hill’s The Driver and John Woo’s The Killer, but neither film comes close to the compelling austerity and meticulous detail of Melville’s cult masterpiece. It’s still my favorite Melville film, and I think the purist, most distilled expression of his existential French noir sensibility.

Criterion’s new Blu-ray features a new digital master and the short 2011 documentary “Melville/Delon: Of Honor and Night,” which explores the friendship and creative partnership between the actor and filmmaker, along with supplements carried over from Criterion’s 2005 DVD release: video interviews with Jean-Pierre Melville historians Rui Nogueira and Ginette Vincendeau, archival interviews with Melville and actors Alain Deon, Cath Rosier, Nathalie Delon, and Francois Perier, the original trailer, and a booklet with essays by David Thomson and director John Woo and interview excerpts from Rui Nogueira’s interview book “Melville on Melville.” Also released in a new DVD edition.

Monty Python animator Terry Gilliam went solo for this bizarre 1977 medieval comedy about a naïve country cooper (Michael Palin) who goes to the city, wins the heart of the princess, and battles a mythical beast–all to win the heart of the slobbering, potato eating Griselda. Loosely (very loosely) based on the Lewis Carroll poem, it’s less consistent than Monty Python and the Holy Grail, which he co-directed with Terry Jones, and it lacks the dense wackiness of that picture, but it does give us a glimpse of the grim, grotesque, blackhearted comedies to come from Gilliam. Palin is hopelessly dim as the country schlub Palin who trips into greatness and mellows the comic cruelty of Gilliam unleashed.

Criterion presents the film in a new 4K digital transfer from a restoration by the BFI National Archive and The Film Foundation, approved by director Terry Gilliam, and a 5.1 surround mix, supervised by Gilliam and presented in DTS-HD Master Audio on the Blu-ray. All editions feature a documentary on the making of the film featuring Gilliam, producer Sandy Lieberson, Palin, and actor Annette Badland, a new interview with Valerie Charlton, designer of the Jabberwock, featuring her collection of rare behind-the-scenes photographs, and a selection of Gilliam’s storyboards and sketches, plus commentary by Gilliam and actor Michael Palin recorded in 2001 for the original DVD release and a booklet with an essay by critic Scott Tobias.